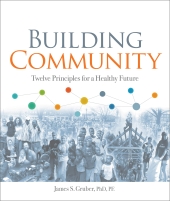 Jim Gruber wrote:I am pleased to have my book on the City Form of Permies.  In particular, I will greatly appreciate your questions and comments on Building Community - Twelve Principles for a Heathy Future.  I will be responding to feedback and questions throughout this week.
Best,  Jim Gruber

Hi, I am very interested in this subjecct.  I live in a very unusual community that wants to stay rural, lots of fallow conventionally farmed lands, but is within the sphere of influence of Silicon Valley.  Is there a way that we can make this a sustainable reegerative agricultural paradise?

Michael Wascher wrote:Very nice! But is there a long-handled version?


My dad used a long handled sickle like that to harvest chrysanthemums at our commercial nursery.  It works best two handed though... He held the top of the mum with one hand and sickle with the other.  I just got the weed sickle and grass sickle this year, and I love them.  They both definitely work better two handed too.

*Welcome Dre Oeschger of Truly Garden for a Hand Sickle giveaway!
I love my Japanese weeding sickle....  I like using it because it keeps me in touch with my ancestry.

My dad had a long handled one that he used to cut our long stem hot house grown chrysanthemums for shipping.
show more
8 months ago
gear
making soap
I haven't personally tried soapmaking for profit.  I watch a lot of YouTube though...  Meg from Hollar Homestead has a very side business of making and selling soaps and chapsticks...  They've just moved to a new homestead in the last year and aren't making soap right now because of other busy-ness.  Meg made a big batch of soap that she chronicled on YouTube, previewed the day that they were cured enough to ready ship, put it up on the website and it was sold out in one day!  Based on this, I would say that it could be a viable business and one that you could enlist the kids in helping to prepare, label and ship the products.
show more
9 months ago
farm income

How to make a quilt - advice please
Hi Lito... revisiting this thread.  Old, old Singers are desired by many quilters, but I suggest just junking a Singer with plastic gears.  You can buy a brand new Singer for a very low price, but please do not do that... they are very low quality now.  Probably why the Janome dealer looked at you sideways is because your machine is probably not worth resuscitating.  Reconditioned Featherweights are much, much desired now, and they are often repainted in really fancy colors and resold for about $800.  But you can get a good quality sewing machine brand new for less than that.  Do not buy a any Singer or a cheap Brother because they are cheaply made offshore in wierd places.  The best sewing machines are made in Japan or Switzerland.

Oh, and about breaking needles... I broke three needles in one sitting.  I kid you not.  I did it while free motion quilting and messing around with different threads that required different tensions.

Oh, and the question about shopping bags... I own two shopping bags that were hand made by an autistic child under the mother's supervision.  They were made out of two layers of quilting cotton.  You sew the "pretty" or right sides lined up and then turned inside out so that the raw edges are inside the bag, and then "top stitched' so that the seams are stitched tight so they don't roll out of shape.  They are quite nice, and made out of Asian prints.
show more
1 year ago
sewing
Removing unproductive fruit trees?
Squirrel control may be a losing battle.  You take some out and others willl come in their place.  My dog chases the squirrels, but they just go up the tree and laugh at him.  They only visibly hang out in the pecan trees in the front yard, and haven't been hanging out in my backyard where I planted a fruit miniorchard a couple of years ago that's beginning to fruit.  I've been culling fruit babies because there were too many fruit on them, but the peaches get stink bugs if I don't spray them with Sierra Naturals.  And of course I didnt and lost a lot peaches/

I'm deliberalely keeping my fruit trees trimmed short and planted them close together.  If I lose to many fruit to squirrels, I guess I could build a cage around them.  Something is eating my ripening figs right now, but I don't care because I can't keep up with them anyway.   I have a grape vine that decided to permaculture itself and started growing up the lone pecan tree in the back.  It's growing good grapes now, but I can't reach them!

My climate is so different than yours, so I would first work with the county extension agent to identify your trouble areas. Then extrapolate that knowledge and apply permaculture solutions to mitigate those problemms where you can.  Develop a relationship with a nursery in your area that produces cultivars that are good in your area.

I haven't been active but we have the California Rare Fruit Growers organization whose knowledge base is staggering.  Maybe there's an organization in your area.

Yeah, sorry to make you think too much, but yanking things out and replanting things without knowing what's going on may not be a good idea.
show more
1 year ago
fruit trees 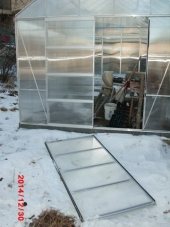 Greenhouses are great for climate control for seasonal crops if you have unlimited water and energy sources.  So there's the total suck factor because no one has unlimited water and energy sources.  My dad had a wholesale cut chrysanthemum nursery business and air shipped all over.  It was an industry that was developed by the Japanese Americans in the SF Bay Area in the early 1900's and sent me and my siblings to college.

The winters were mild, but we had to heat the greenhouses.  My dad had an old boiler that he sent steam through pipes along side each bed to heat the greenhouse.  After the mums were cut and beds cleaned out, the beds would be covered with heavy tarps with the sides held down with heavy chains and he would pipe steam into the beds to sterilize the soil.  Above the beds were incandescent light bulbs, again to trick the flowers into blooming by increasing the daylight!

So the 1970's came with an energy crisis and drought years.  Silicon Valley was starting to roar, and my not so sad dad succumbed to development pressure.  He spent his retirement years playing golf and traveling the world because of the windfall while we were all going to college and leaving the nest.

I see a possible greenhouse in the future, but it would be seasonal and passive heated.  The concept of passive heating and cooling was lost on my chemical farming parents, but I believe there's a way to keep my citrus from frost and grow tomatoes in the winter easily in my mild climate.
show more
1 year ago
greenhouses

Slightly Ridiculous Gardening Questions
Where I live in California we have fiveish seasons which seems to have wandered all over the calendar recently....

Winter.... rainy season... Good time to plant trees and grow cool weather crops like lettuce, peas and cole crops.  Use Reemay during frosty times which vary each year, this last winter we hardly had any frost.  Five winters ago we had citrus killing frosts.  Everything is green with grass.  A lot of citrus fruit ripen in winter.

Spring .....rampant weed season, wildflowers blooming... Good time to plant a lot of other stuff.  We had a lot of rain through the spring... usually it stops around April, but we had big rain through June this year.  Just added to the weed load.  Best time for strawberries.

summer.... Where I live it's foggy cool mornings and hot afternoons with lots of wind... Not good for planting anything because of aridity.  Rain is extremely rare here during the summer.   Or if you live in San Francisco, it's the coldest winter you ever had is summer in San Francisco (Mark Twain).  Rampant harvests of berries, stonefruit, corn, beans, tomatoes and tons of zuchini.  Time to do some summer pruning of fruit trees.  Grasslands go brown, wild mustard blooms.

Indian Summer.... about three weeks in September where it's hot hot hot....   Or if you live in San Francisco, it's the two weeks in October where the temps rise to the 80's and there's no bone chilling fog.
Fall.... can be lazy dreamy days.  Time to harvest apples and pears.
show more
1 year ago
gardening for beginners

Looking for a city/state to start doing Permaculture
Tyler, I stand corrected.  However, most of prairie is now farmed or grazed intensively, and even in this article it states only 1% of original grasslands is still real prairie.  I think grasslands could only be returned to the long rooted grasses if it is rotationally grazed by hooved animals like the Savory Institute.  Agriculture actually destroys the root structure that stabilizes the soil and retains rainfall.  Therefore "grasslands" is now in a near monoculture of wheat, corn and soybeans and other crops, and grazed to death by commercial cattle operations.

If everyone could by like Alan Savory or David Bamberger these lands can be restored.  It will take a couple of years and some fencing to rotational graze on large enough acreage.  I couldn't do it with the 1/3 acre I devote to my horses, that's for sure!

I guess you could call my home former grasslands because I live on the valley floor of the former Valley of the Hearts Delight where stone fruit used to rein before the advent of the computer chip.  Elk and deer were the dominant hooved species before the Spaniards built their missions and brought cattle, horses, goats, pigs and sheep with them.  The mountains to the west have ecotones with redwood forests and chapparal, the mountains to the east are mostly chapparal, the valley floor used to be meandering streams, grass and oaks.

Looking for a city/state to start doing Permaculture
Bottom line, if your goal is to grow apple trees, then you might think of going to a good apple growing region, like parts of Washington State and Oregon.  I have sisters in both states, and the soil there is good. There are tons of beautiful productive orchards and old orchards that have been pulled out by their huge trunks, out there. There is good community and probably a good market because you see a lot of Californians retiring with good money up there, like my sisters.  One of my sisters friends moved from San Jose to Flathead in Idaho....  I just googled Flathead and it seems like it may be a good microclimate for pomes and cherries.  And a lot of rich former Californians so I wonder what that is doing for the real estate prices up there.

If toxic chemicals is a concern, I just checked Toxmap, and North Carolina does not seem to be the worst state for toxic dump sites... there are a lot worse.  The northeast seems to be the worst for toxicity, and you might have arsenic problems there.

The Rockies and High Plains look to have very little in terms of toxicity.  There is also very little rainfall, and very little population.  The YouTube Channel "Our Wyoming Life" showed a lone neglected fruit tree that is failing to thrive and needs quite a bit of human watering to keep growing.  And these are "grasslands" where they are grazing cattle for market, so just focusing on grasslands is probably not the ideal criteria for what you want to do.  You could be driving for miles and miles on grassland and not see a single tree. Ecologically vibrant areas are those that have an interface between forests and meadows that have the highest biodiversity.  Personally, I vote for biodiversity!