Merit Badge info
I am passionate about truth. I want to find the right lady to grow old with... One that believes in traditional gender roles. A partner in life. A lady that I can protect and provide for that will love and respect me as I will her.we are all damaged and flawed... But I believe that with the right attitude love will make life just a little bit more than it is for the average.
Apples and Likes
Apples
Total received
8
In last 30 days
0
Total given
0
Likes
Total received
80
Received in last 30 days
3
Total given
31
Given in last 30 days
1
Forums and Threads
Scavenger Hunt 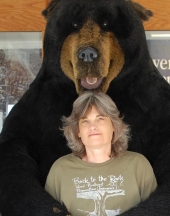 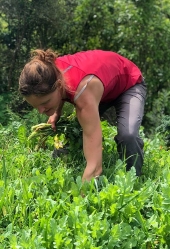 New Zealand. South of Pukekohe. 36yr female seeks male
Emma you sound amazing. And are quite attractive... I am not able to come meet you but thought I would say hello and wish you the best of luck in your search.
show more
3 weeks ago
permaculture singles 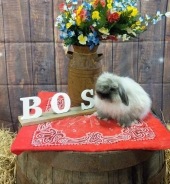 KC's 2020 Visions
Just an fyi... guinea pigs have a higher meat to feed ratio then rabbits do if you're just using them for animal food that might be a way to use a lower grade of feed and still maintain a high level of protein produced per pound of feed. People in Peru keep them all the time for food they're basically a short legged rabbit.
show more
6 months ago
projects

Use of pallet hardwood boards
Do the rusting nails ADD to the soil richness?
show more
6 months ago
hugelkultur

Morgwino Stur wrote:I didn't read everything, so forgive me if its been mentioned before. Mylar bags, which can be vacuum sealed or toss in an oxygen absorbed and seal with a flat iron. other way of doing it can be an actual CO2 canister and filling it with a hose. as stated, Nitrogen is the gold standard, but unless I'm mistaken, that is because Nitrogen is an inert noble gas. would probably be better, but perhaps more expensive.

Anyway, you can reseal mylar bags, though you lose a small bit each time, depending on width of the seal. You could repackage the grain into however much would fit in a jar at once, then just open one to refill the jar.

Freeze drying is good for fruits, veg and meat but i don't know how much good it would be for grains, since ideally they don't have much moisture to begin with. long term consideration/concern would just be the maintenance on the freeze-dryer itself.

nitrogen is cheep and at every grocery store... DRY ICE melts into nitrogen gas. Put a small piece in your container anthen slowly fill through the"smoke" and seal. Kills all oxygen dependent life forms(weivle and such) also stops oxidizing
show more
6 months ago
survival
Preparing Myself and My Kit for the Outdoors

Ryan Hobbs wrote:I camp, hunt, fish, and enjoy the outdoors in several other ways. I’m going to start going to Shawnee State Forest* now that the weather is cooling off. I don’t mind the cold, but the heat is bad for me. I do most outdoors stuff from October to April. I chalk it up to my mostly Scandinavian ancestry.

So anyways, I’m preparing myself for my outdoors season. I’m upgrading some of my kit so I can start day-tripping at that place I linked to. Then I’ll start going for over-nighters when I feel good about my stamina. I’m working on re-building my stamina, but that’s hard because I’m chronically ill. Some days like yesterday I feel great and get a lot of work done, and then there are days like today where I start off good and wind up in bed feeling like shit and writing a post on the outdoors. =_= But I see my doctor again in a few days and we are going to be working out my new meds so this will be less of an issue.

I have all the stuff for day tripping and regular camping already, but I have been slowly building up to have the equipment for a proper backpacking trip. My current sleep system is too bulky and also pretty uncomfortable for somebody my size (besides being a bit overweight, I’m also very tall and broad-shouldered). So I’m going to switch to hammock and tarp and sell my tent. No need to buy hammock top-quilts, we have cold weather sleeping bags and a sewing machine. But the under-quilt will probably be needed. We have a number of tarps (we do live on a farm).

My current camp stoves are not great. The little one takes esbit tablets, alcohol, and wood as fuels and folds up so I can fit it in my mess kit, but it lacks power and can be dangerous if you knock it over or bump into it. The big one has 2 burners and runs on white gas, but it has issues such as being heavy, bulky, and slow to start. I’m currently looking at a Sterno Butane single burner stove, which takes up about as much space as an MSR multi-fuel stove, but is much cheaper.

I’ve always had great sense of direction. But a map and a map-reading compass are certainly on my list before I start taking multi-day trips. I learned to use various compasses and maps in the Royal Rangers, a scouting organization. I had the orienteering badge. The Shawnee State Forest backpacking trails are spread across several USGS topography maps. I plan to fold them so that there are only the portions I need showing in the map case. I will also carry a map-pamphlet of the State Forest for quick reference.

I do need a med kit that is packable, and I found one from the REI co-op that fits my budget and covers everything from minor owies to “I think I dislocated my knee again”. Another thing to include is a travel-size daily pill organizer. With my chronic illness, I take 7 pills every night and 3 every morning. Ofc I need something to drink to take my pills, so… I have a canteen, but decided I’d rather contain my water in something that is more even in weight distro, so 2x 32oz nalgalene water bottles instead of 1x 64oz canteen. And I can put them on the chest straps of the pack.

Speaking of the pack… I’m looking at a German Army internal frame ruck pack. It’s in Flecktarn camo, but I would be making my modifications in blaze orange because I’m well aware of the fact that it is hunting season during my preferred time to be outside. I plan to add a couple of pouches for water bottles, my map and compass, and to make a sheath for my bushcraft knife that will attach to the waist strap of the pack. The sheath will be leather and have a pocket for the pocket bushman knife, a pocket for the whetstone, and a loop for a ferro rod. If you don’t know about the knife, Cold Steel makes it. I got mine years ago and have used it in the ocean, batonned a tree down with it, and it holds a nice edge.

Speaking of tools… I carry an axe when camping, and I could carry an axe with me backpacking, but a saw is lighter and easier to use. (I have used both extensively.) I plan to get a Silky Big Boy folding saw for backpacking. I am considering weight, but I’m thinking more like the Military than the average AT through-hiker. I want to get the most utility out of what I’m carrying, because at times you will need that utility. I won’t carry anything I don’t need, but conversely, I will also carry what I do need. If it is a bit heavier than the average ultralighter likes, I will just have to build bigger muscles. I can get by without an axe by batonning my knife. I have to carry a stove because building fires without a fire ring is illegal in Ohio state forests. But I can’t afford a Pocket Rocket or similar. So I’m left with the butane stove I mentioned before.

With all that said, I’m very excited to get out there and have a trip planned already. I’m going to be hiking there probably twice a week and working out at home until I build up enough stamina for a backpacking excursion. I do have more challenges than the average Joe because of my illness, but I do my best to overcome them.

THE STOVE YOU NEED IS A ....BRS TITANIUM it is a butane and weighs less than 25 grams. I highly recommend watching some YouTube with the Thru-hike gear list as y our search. Also... Never listen to one person on youtube but watch for patterns in multiple posts. The pocket rocket is a much more powerful stove and I carried it for a long time. The brs is less than a third the weight and a third the price and it cooks ALLMOST as fast.  Do not buy a titanium frying pan! everything burns
show more
6 months ago
survival