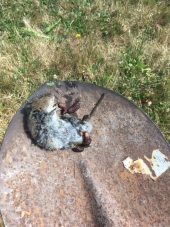 I read about it, gnarly, and they can affect dogs as well as humans.
I am fascinated: how can they not trigger an acute immune response?
show more
1 year ago
bugs

Help identify these parasites
I see my dog Boudicca play with a critter that's jumping in the grass, I call her off and walk to that poor thing, it was a rat, still moving a little but dying.
And then I see these things attached inside its fut, others are crawling away, and under the skin still crawling so I burnt the horror.
But before that I took this photo, what are these? Did Boudicca save us from an alien invasion?
show more
1 year ago
bugs

water for the future: capturing seasonal rainfall for future generations

Zach Weiss wrote:Thanks for sharing Cassie, I'm also open to answering any questions folks have about the project, if that's of interest.


And wayne, thanks for the kind words as well.


The black stuff in the video is the clay? Did you stumble on it or do a prior deep sampling?
show more
1 year ago
ponds
Planting fruit trees in harsh weather conditions (Nassau, NY)
That's interesting.
Full tree is best.
Non tempered is more rugged.
Work will be done in two phases: improving soil will be done next year. Large scale. I think we'll mix that crazy soil with tons of compost.
show more
2 years ago
fruit trees
Planting fruit trees in harsh weather conditions (Nassau, NY)
The soil is clay, shallow hardpan, not the best. Huggel Kulture and swale was recommended, lots of top soil. All that is being planned.
I forgot a detail: winters average 32F but go down to -12F (-24C) with strong wind.
What do we need to do to increase survival chance of these fruit trees?
Are semi dwarf ok to live in such condition or full size is more resilient to cold?

Here is the weather historic of the area:
https://weather.com/weather/monthly/l/USNY0426:1:US
show more
2 years ago
fruit trees

Is there a solution to this equation that doesn't require some complex power hungry contraption?
show more
2 years ago
aquaponics

Planting mature fruit trees into bad soil in Naussau -- any way to make it work?
Thank you!
Why are mature trees so sensitive to transplantation? I think the owner wants large trees because their leaves produce more organics, long term mending strategy. But maybe planting a mix of semi drwarves for immediate fruit production, alongside some variety of trees that produces a lot of leaves might be a good alternate solution?

Can you check if I get these right?
1- clay soil is naturally fertile but the compact structure and water impermeability prevents the roots from breathing.
2- mending clay soil requires a short term and long term strategy
2a- short term is done by mixing organics with the soil
2b- long term is done with cover crops (clover?)
3- preventing water logging is important and done by planting trees in burms above surface
4- A swale a trench where the burm part is mixed with organics, and that burm is where planting occurs.
5- A swale allows water to move, a huggel culture does not.
6- water moving is ok with roots, water stagnating causes root rot.

Equipment they have:
a default bobcat skid steer 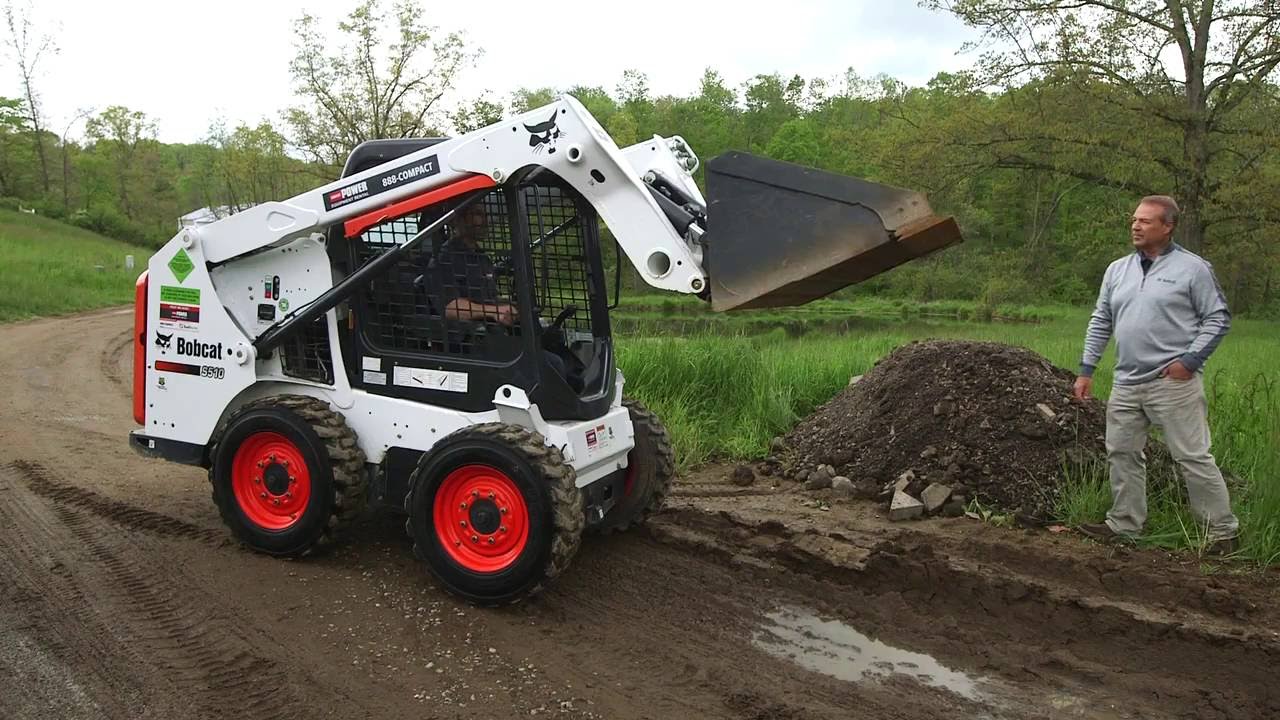 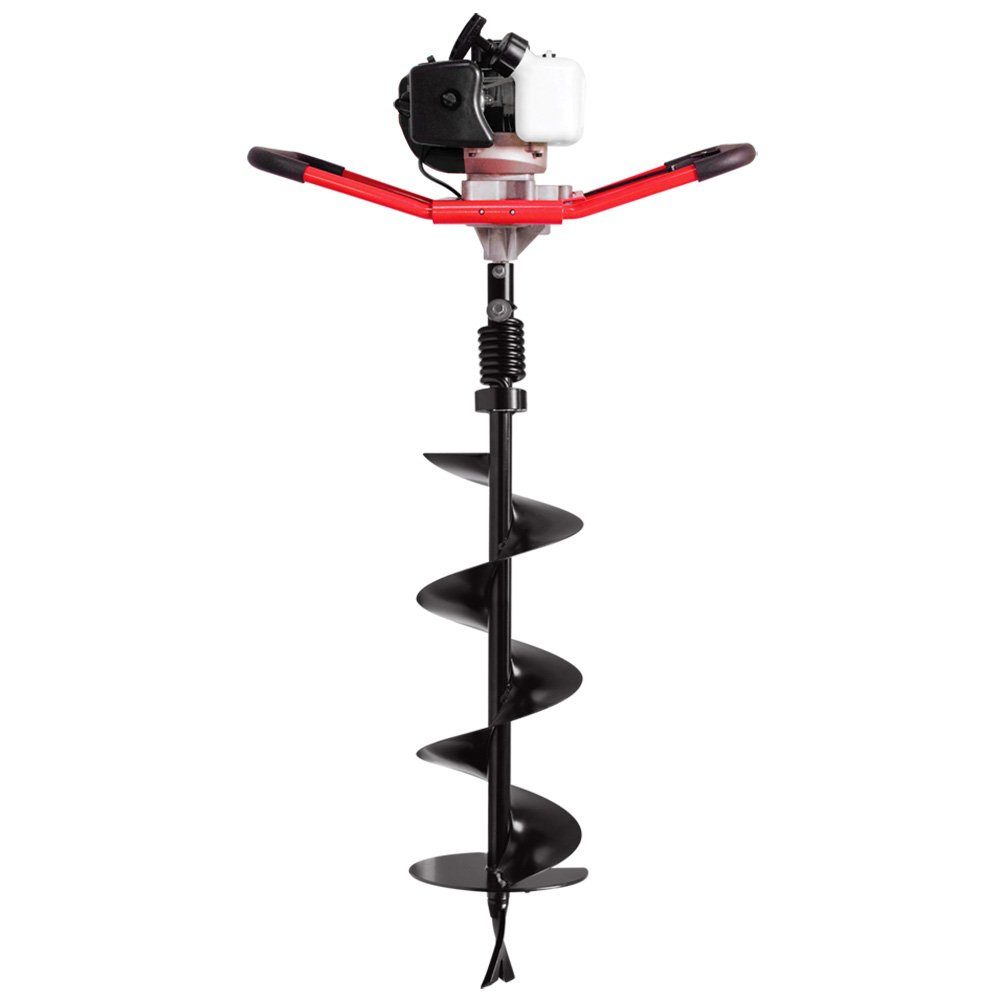 The Auger is an absolute nightmare to use in this soil and nearly useless in my experience as digging with shovel ends up being faster even to install posts. The last time I worked on that land, I mixed water thinking that it would soften the soil, instead it turned it into glue.

Logistic:
The default bobcat might be good enough to dig trench for swale building, but mixing organics in so much burm (100 trees worth) will need a clever solution. The first thing that comes to mind is doing a hybrid huggel/swale by digging a trench 2x the width, place logs in one half and push the earth over that half. Any better idea?

I wonder if having them invest in one of these helps. Planting mature fruit trees into bad soil in Naussau -- any way to make it work?
I will be planting fruit trees next year in a soil that is very hard with rocks, clay and where it is hard to grow anything.
The person who owns this parcel of land wants mature large trees, the kind you get for $350 at the nursery.

I'm afraid that such mature trees won't adapt well to the soil.

What do you folks recommend?
show more
2 years ago
trees
how to heal a heavily compacted pasture into a food forest?

Ben Zumeta wrote:That is weird about the lack of mycelium and fungus. You live in one of the most fungally rich and diverse regions on earth in Western WA. How close to the Sound are you? Any woody debris you bring in for mulch (barring an insane use of fungicides on the material) will harbor inoculating fungus, especially alder and douglas fir, which are the early succession species in coastal WA. Doug fir hosts the widest variety of fungus of any North American tree and has many endemic symbionts. Alder based fungus is necessary for many of the other native climax trees to grow. Bring in biomass of diverse sources and life will know what to do with it.


What a course in tree biology! I had no idea that Alder were so important not only because of the soil they produce upon their rather short life.
I looked at the soil again later in the year when the soil was moist and colder and it was populated with very densely packed white fiber.
I think during the hot season the soil dries out and maybe that mycelium goes deeper or the surface one dies out.

Would planting Alder in a very poor soil help enrich it?
show more
2 years ago
permaculture

monitoring current fluctuations
A few 100K record/second should be enough no? How fast are spikes from a relay closing and filling up a motor startup capacitor? My hunch that it's where we're having problem, both capacitor on both pumps burnt again!
Also where do I start in term of programming this? Are there sources that are no crazy badly programmed (like most open source are

the link you gave look like a shop and I don't see anywhere a thing that stores electrical measurement at high frequency like that, seem more like consumption monitors...
show more
2 years ago
homestead