Georgia Greetings
I'm near Valdosta, GA looking to get started on a long term project in the very near future.  I would be interested in regional PDCs, site visits, workshops, volunteering, you name it!  Thanks!
show more
4 years ago
southern usa 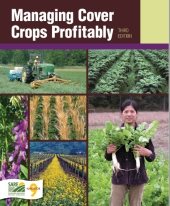 Fallow Field Soil Improvement
Thanks John,
That seems like a really good book that does provide guidance for soil improvement, similar to my interests.  Perhaps I'll try planting some sorghum-sudangrass and Rye.
show more
4 years ago
soil

Fallow Field Soil Improvement
OD & Adrian, Thanks for the replies!

OD:
Those nutrient values are the range of lbs/acre equivalents of what is actually in the soil at 8 survey points.  Unfortunately the results did not include organic matter.  Based on my handling of the soil, I would guess that it has somewhat poor structure and lower organic matter.  The soils drys out quickly and so far I haven't seen a single earth worm while working with the soil, only mole crickets. The soil is loamy sand. To answer your other questions.  The land has only been mowed, not hayed.  We only have a mower, no tractor.  A vegetable\herb\medicinal garden will probably be the first priority followed by a milk cow, goats, hay, and some grains.  The margins of our planted pine host a variety of natives which I hope to expand along with thinning.  Some fruit and nut producing trees will also be part of the plan.
Right now I feel like the mixture of weeds, especially low ground covers like chamberbitter are doing little to improve the soils.  We're currently mowing with a blade height of something like 5" which doesn't even cut a lot of them.  I read that some cover crops could possibly be directed seeded after a closer mowing perhaps I could try that or just start sheet mulching an even smaller area?  Perhaps I could make use of all the pine straw and future pine chips for mulch or hugel mounds if it's just going to sit there a while...

Adriaan: Thanks for the link.  I'll check out cereal rye and crimson clover. A mix of species might be nice.

Everyone:  So the use of a reseeding cover crop might not be such a bad idea over at least some of the area?  Any votes for beneficial perennials?

Thanks again!!!
show more
4 years ago
soil
Gradual Start in south Georgia
Greetings from Georgia & Massachusetts,
I'm a new permie and have finally reached the point where I'm ready really start studying and applying permaculture.  I'm currently living in MA but my family and farm are located in south GA.  Right now the farm is a weekend family project with the hope of it becoming a permanent homestead and community resource within a few years.  I posted my first question a couple days ago and am anxiously awaiting input.
https://permies.com/t/59582/Fallow-Field-Soil-Improvement
I recently read "Sustainable Gardening for the Southeast" and am just starting on Permaculture: A Designers' Manual.  I've also been enjoying the wealth of information available in these forums.

Fallow Field Soil Improvement
So I've been continuing to research this challenge.  I've had a hard time finding information on multi-year strategies for soil improvement that doesn't involve active cultivation throughout the year.  I believe the best first step is to gradually start sheet mulching, perhaps 1/4 or 1/2 an acre at a time.  Planting cover crops in those areas seems like the next logical step, but I'm uncertain about the best approach.  My goal is to have at least a couple acres ready for planting in 1 to 3 years.  Is there a perennial or re-seeding annual that I can plant and leave or plant and occasionally mow during that 1 to 3 years? What would I do after that period; cover the area with weed fabric before planting?

Fallow Field Soil Improvement
Hi,
My family recently inherited about 25 acres of land in southern Georgia.  About half of the land is a field that has been regularly mowed for the last 10 to 15 years and the other half, planted slash pine.  I hope to slowly transition it in to a fully functional permaculture landscape that includes a little bit of everything.  Right now I'm most concerned with improving the soil for future use.  Currently Fescue, Chamber bitter, and dogfennel are some of the most common occurring plants covering the field interspersed with small patches of exposed soil\clippings.

I am thinking that the best thing to do would be to plant a good cover crop for soil improvement until we're ready to plant other things.  First, however, we would need to remove the weeds.  Any suggestions on best practices for weed removal and cover crop planting with considerations for lower cost and labor requirements?

Any pointers to resources specifically for landscapes in the deep south would also be greatly appreciated.  "Sustainable Gardening for the Southeast" is providing some guidance.
Thanks in advance!