Greg Martin wrote:I haven't looked, but if their are tetraploid versions of both species available that may improve the probability of fertility in any offspring.

I believe there are some tetraloid Pisum sativum in the ars grin accession database. No idea about any others though.
show more
1 week ago
seed saving / exchange / plant breeding

Perennial sweet pea - wide cross to create edible perennial pea possible?
As for the toxins,  I don't really think it will be a problem. Most toxins are easily bitter on the tongue. It will be easy to start doing taste tests on the F2 and beyond to eliminate it.
show more
1 week ago
seed saving / exchange / plant breeding

Perennial sweet pea - wide cross to create edible perennial pea possible?
I've been collaborating and following Joseph's work for years and he helped to fully establish my interest in wide genetic and interspecies crosses. My feeling on the subject is that most plants will cross even if very far apart genetically.

And I've actually wanted to cross good smelling sweet peas with domestic snow or snap peas. I think it will work even if there are minor difficulties. I would like to collaborate on this project if you are serious about it.

The three wild species that seem interesting to me are:
Lathyrus odoratus
Lathyrus latifolius
lathyrus tuberosus (which have edible roots)

Here is an interesting read on wide genetic crosses that you may not have thought were possible.

As a side note I am still working on Joseph's red-podded peas that he showed above. I actually just crossed them to a good tasting purple snow pea this week. Pea crossing is actually quite fun once you get the techniques down. In a couple seasons i may finally have a red-podded snow pea that actually tastes good!
show more
1 week ago
seed saving / exchange / plant breeding 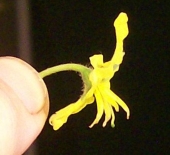 Promiscuously Pollinated Tomatoes And The Bees That Make Them Possible

Joseph Lofthouse wrote:This summer was amazing in the wild tomato patch... So many pollinators of so many species!

Bumblebees were very common, up to 5 species at the same time. 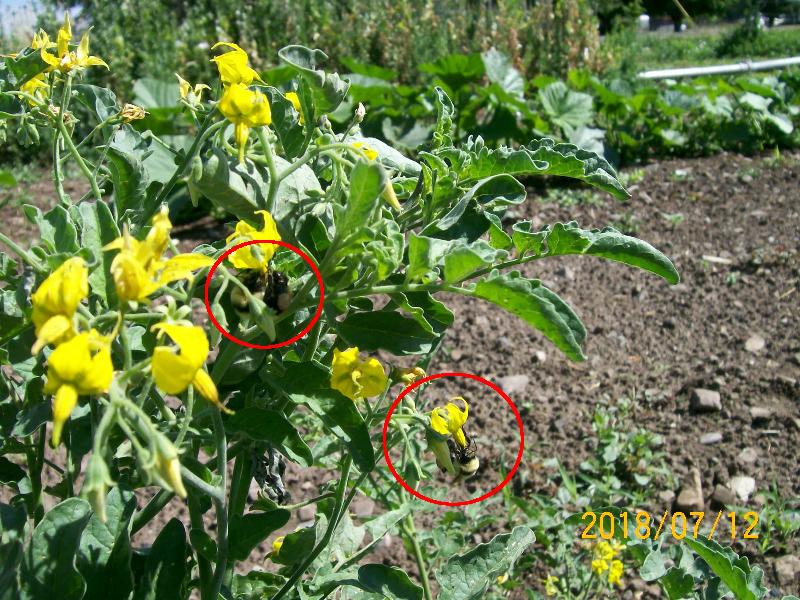 How's this for a promiscuous tomato flower? 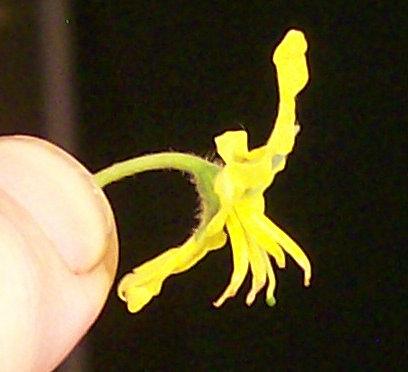 So easy to swap pollen and microbes! 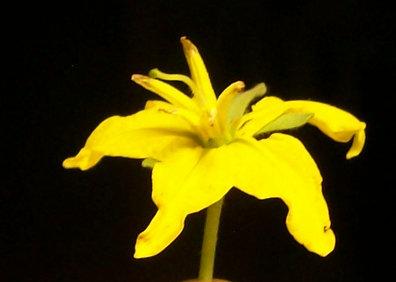 
Comparing an interspecies tomato flower from my breeding project (huge!) with a typical flower from a domestic variety. If I were a bee, I know which flower I'd find most attractive. 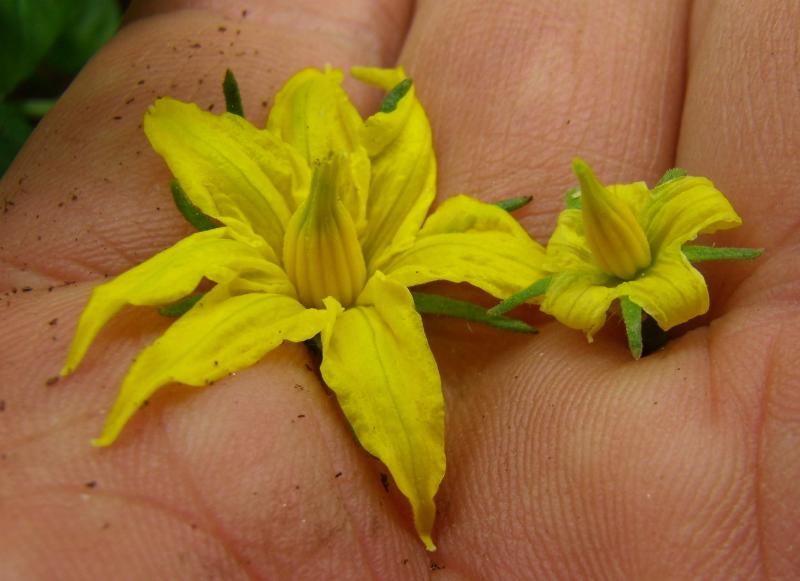 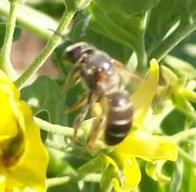 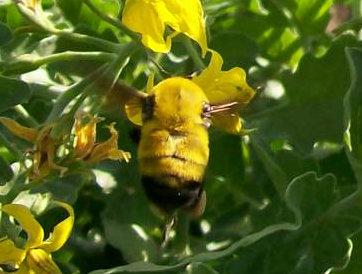 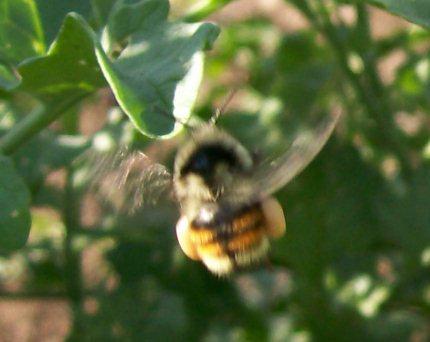 This tomato has been very popular. It doesn't meet the breeding goals of the project, but it has captured people's imaginations. 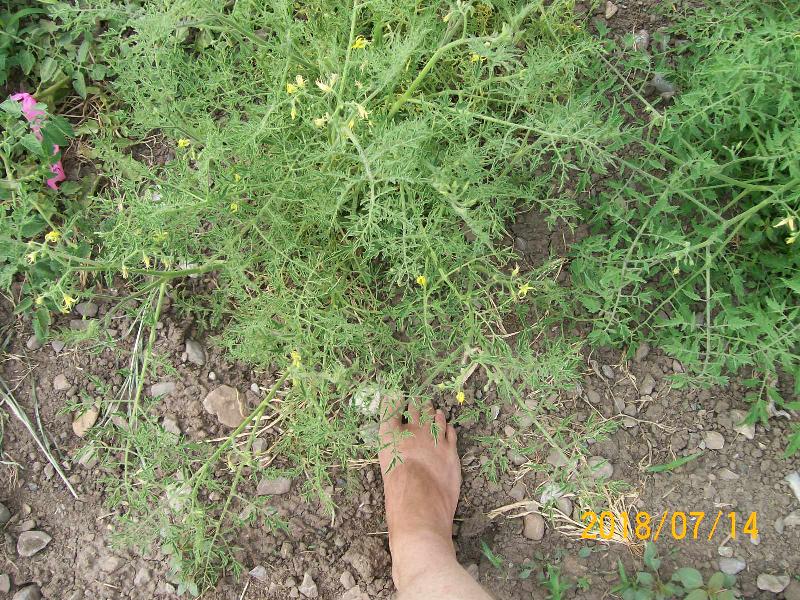 Siblings to the previous plant: 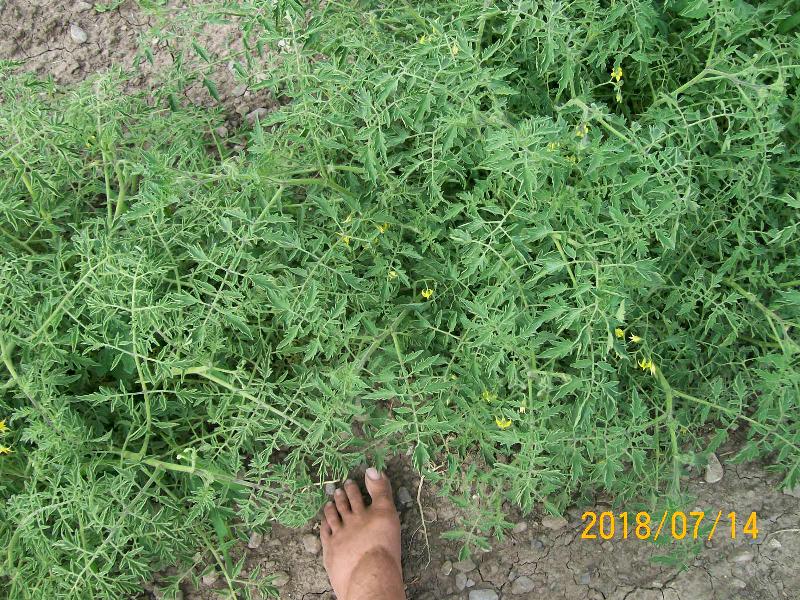 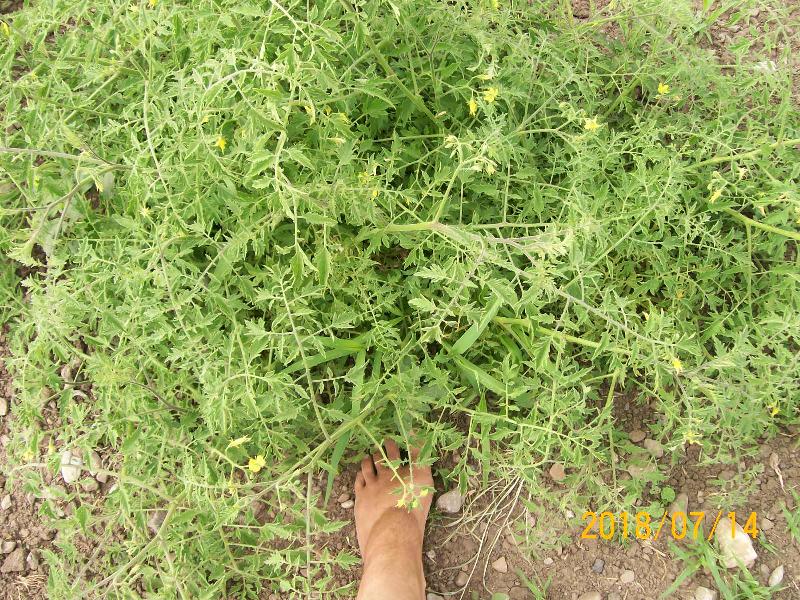 So much diversity to work with among the wild species: 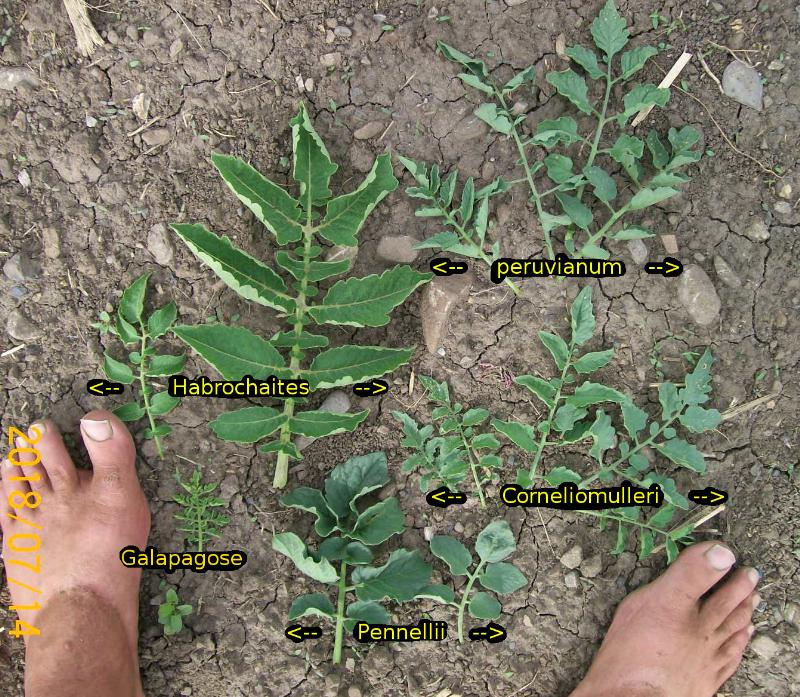 These are both the same species (Solanum habrochaites): 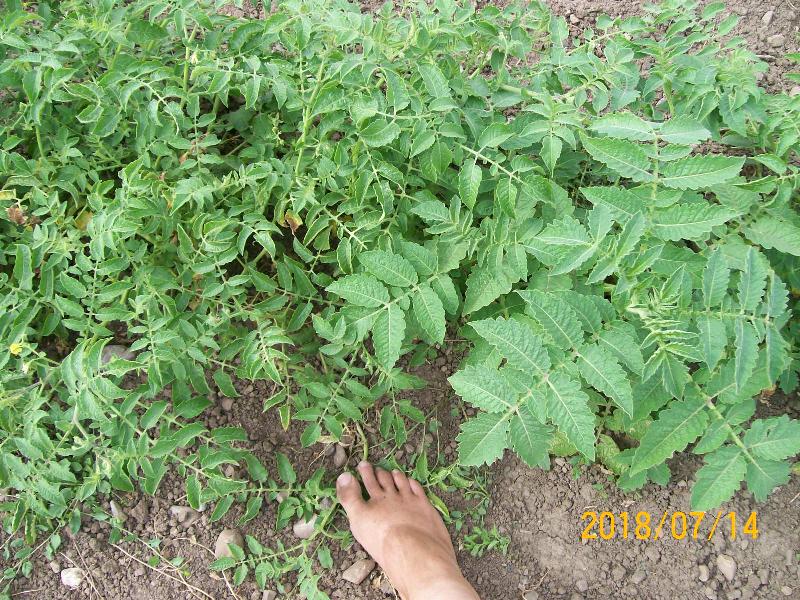 Promiscuous auto-hybridizing tomatoes
I'm leaning towards wanting the various hybrids and populations to be at least somewhat compatible with each other. Basically hoping that the species barriers break down and we achieve something closer to what they were originally long ago before they differentiated into different species. Not sure if that is possible or even fully possible, but i think it would be good for gene flow. In my mind it would be good if the lines became so blurred that it was hard to tell which species was which because they all melted into the same homegeneous but genetically diverse population. But that's just me. i like population genetics and messing with those kinds of things. I'm kinda a mad scientist when it comes to things like that.

The ones from GRIN range from no known information other than species cross info to some interesting comments such as these:

Promiscuous auto-hybridizing tomatoes
I've requested officially seed from TGRC and GRIN for what are supposed to be Solanum peruvianum hybrids. They will probably have lots of sterility issues and will most likely need a healthy bee population that can cross with compatible S alleles from other wild tomato populations (or by hand). If i get plenty of seed i am planning on splitting it three ways. Some for William and some for Joseph. Hopefully like the pennellii germplasm, we can get peruvianum into this project fully and benefit from those genetics.

I'm thinking of dropping my watermelon breeding and most of my pea breeding next year to devote entirely to wild / domestic tomatoes.

For this year in terms of wilds i think i planted joseph's best wilds and fairy hollow together. I also planted joseph's improved peruvianum, S. galapagense and S. cheesmaniae interplanted, and my suspected pimpinellifolium x habrochiates cross. We will see what grows best and shakes out this year.
show more
1 month ago
seed saving / exchange / plant breeding

Selective Breeding for Field Corn (High Anthocyanin, Resistance, Appalachia)
Ah, I guess it wasn't clear that you were breeding for purple seeds and not purple foliage. The main reason I don't breed with flour corn is I have no use for it. Flint grows better in my climate, looks nicer, keeps better, and can dry down faster to a hardness that can escape predation by animals if it's an early crop. Flint corn can even be eaten as sweet corn if picked in the milk stage. For me it is the only choice except sweet corn. But to each his own. Do whatever works for you.
show more
1 month ago
seed saving / exchange / plant breeding

Selective Breeding for Field Corn (High Anthocyanin, Resistance, Appalachia)
I specifically breed for high anthocyanin foliage corn and have been doing so off and on for at least 10 years now. Many varieties do have a weird linkage with some unuseful genes where they will will grow only tiiny cobs covered with extra layers of husks. And sometimes the amount of anythocyanin might interfere with the amount of light reaching the chlorophyll, so it's possible that the green corn plants will grow better than purple ones. But based on my observations with other high anthocyanin species i suspect that is mostly just a breeding / selection problem. I've seen purple corn plants grow tall and healthy and produce big ears of corn just the same as green ones. I think it is just a matter of finding / starting with those varieties from the beginning OR doing lots and lots of crosses to break the bad linkages.

I think my purple corn population is finally starting to head in that direction. I did a grow out last year and i didnt see any of the weird husk or growing issues that i've seen in the past. I have a fellow who is growing some out in the nearby town of Longmont, Colorado this summer and he is going to plant some coming this fall / winter in Texas since my population was originally being bred to thrive in early early spring here even with snow. I have plenty of seed i could probably share for your project. But i am also always on the lookout for purple corn varieties with GOOD genetics and that grow large ears. It's important to have more genetic diversity in such a population in my opinion.

It should be noted that i dont breed with flour corn, only flints.

I grew Maiz Morado from peru years ago, but it grew too tall and too long season for it to be much use to me at the time (without selection, which i probably should have done), so that sounds cool that you have a variety that does well here in a temperate climate.

The maternal line is the important one i'm pretty sure. But joseph is right in that you sorta get out what you put in. If you have a line that grows weak or weird then without crossing and crossing it you will still have that problem for awhile. Which is why i'm thinking genetic diversity for such a narrow trait might help.

I'm surprised you have japanese beetles eating your silks. that seems very unusual to me. Are you sure they are not the yellow cucumber / corn root earworm beetles? They are VERY common. They will eat any corn variety. The best way to combat this is to practice crop rotation so they don't gain a foothold in your soil. They will always come back eventually if you stop the crop rotation though.

sadly i don't have many good photos that i can find right now.

show more
1 month ago
seed saving / exchange / plant breeding
Guerrilla growing in town
I've been thinking about doing this for pawpaw and peach around town and in my neighborhood parks. I think if I plant them I'll put edging around them and metal stakes with twine to look like the city planted them on purpose.
show more
4 months ago
urban