Solar Cycle 25
What I find most interesting about the present low level of solar activity, combined with the ever-declining strength of Earth's magnetosphere, is that this situation permits a larger percentage of cosmic rays to enter the atmosphere.  It is well established that the level of cosmic rays and cloud formation are directly related to each other and so we should be seeing the skies become cloudier.  That increasing cloud density increases Earth's abedo, or reflectivity, and will make the planet cooler.

Anyone interested in following the cutting edge science literature on this topic would be well advised to follow Ben Davidson at https://www.SuspiciousObservers.org 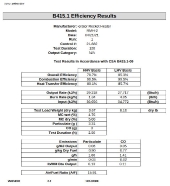 The door has been cracked open.  Now it's only a matter of time before the distinction between Masonry Heater and Mass heater becomes blurred enough to permit DIY'ers to take advantage of this technology without having to worry so much about insurability.  Lol.  Look at those efficiency numbers.  This is going to...excuse the pun, catch fire!
show more
1 week ago
rocket mass heaters 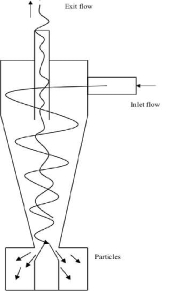 Use of ceramic glass in a batch box roof to preheat secondary air in a batch box.
For those following this meandering hodgepodge of ideas, I have had an interesting development.  My past efforts in replicating recipe # 34 in Patent 3,944,425 were failing due to variables that I had inserted into the mix.  After taking some time away from this project to work on others, I gathered some dry clay from my backyard diggin's,  a second hand cooking pot, a baseball bat, some kitchen sieves, and our old food processor that never gets used anymore.  After beating the clay down in the pot, sieving it and running it through the food processor, I was left with a sample of very fine powdered clay with which I set to work making another batch of recipe #34.  I combined all the all the dry ingredients and mixed them well.  I then mixed in the water.  The last step was to add the aluminum sulfate solution and begin mixing with the immersion blender.

Again I was disappointed as the patent states that the mixture should be firm within an hour, but mine wasn't even close, but considering that I wasn't using a verified "Powdered Brick Clay" as the recipe specified, nor was I using the "Lumnite Calcium Aluminate" cement, I decided to wait it out to see if time was a variable that might act in my favor.  Despite this shortcoming, the mixture was markedly more liquid than the mixtures I had made with the wet clay slip, which makes me believe that thixotropicity (the propensity for some clays to exhibit gel like characteristics when allowed to sit in a hydrated state" is coming into play here,

On the second day the sample still seemed very soft, but on the third day the sample was firm.  I was very hesitant to demold it right away, but opted to chance it.  The brick dislodged from the mold very well and felt "leather hard" as those who work with clay might say.  I measured the sample for length and weight, and despite having a fire going outside I decided not to attempt firing it right away as I have done with other samples, as I would rather find an opportunity to have it fired in a real kiln at much higher temperatures.

So anyway, to sum things up, by working with dry, powdered clay, I was able to get the cement ratio down to where it should be at approximately 5% of the dry ingredients which I feel is very economical.

Following this experiment, while I allow that brick to dry and await a proper firing, I decided to do another experiment with the wet clay. (I still feel working with wet clay might have it's advantages as you can skip a lot of the labor in processing it.)

I mixed 200 grams of clay slip at 1.51sp with 20 grams of cement, and the other ingredients as a double batch.  To this I added about a cup of wet Fuller's Earth. (not the powdered kind, the kind that looks more like kitty litter and is used as an oil/spill absorbent).  Being that Fuller's Earth is classified as a refractory material, I felt this would be a good material to use as an aggregate to further stretch the clay foam mixture.  Adding the Fuller's Earth effectively quadrupled the volume of the mixture and at 20 grams, gives me the same economy as the brick made with the dry clay.  Fuller's Earth is about $10 for a 40 lb. bag.  This batch just happened to be enough to fill all four cavities in my mold, so now I wait.

I would be interested to hear from anyone who would be willing to let one of my experimental bricks "reside" in your batch box over the next heating season.  I am interested to discover how the material survives over time in an environment that is much hotter than the one my fireplace can provide.  The bricks are only about 1"x1"x 3.75" so they wouldn't take up much space.

show more
1 week ago
rocket mass heaters
What can/should I do with my new land?
Don't underestimate the value of wood chips.  They will protect your soil from the sun, keeping temperatures down.  They also help the soil hold onto water like nothing else.  They also provide a habitat for all the little microorganisms that will eventually build your soil.  If you have access to them, use them as a ground cover.  You cannot plant directly in wood chips.  You only need to assure that the plant root can enter the soil.
show more
2 weeks ago
california 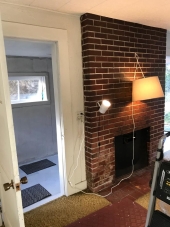 Retrofit masonry fireplace into rocket mass heater
Provided you have adequate support underneath.  You could just build a couple feet out from your existing fireplace and construct a masonry heater that would channel the flue gasses upwards in a serpentine pattern and then back down the sides and back into your existing fireplace to exit up the flue.  Anything you do is going to eat into your floor space, so I'm thinking it would be best to build upwards.  Sorry I cannot provide pictures right now.  There is another thread in the "Energy" category that has the perfect thing for you but now I can't find it.  It was the Minnesota "Russian" stove, or the Wisconsin "Russian" stove.  Somebody help me out here.  Thanks.

P.S.  You're not building "Rocket" anything in your home.  You are building a "Masonry Heater".  A tried and true, time honored tradition of wood burning technology.  Maybe you're going to slip a Peter Berg core in there.  Well, no one needs to know about that but you.  Is your fireplace sitting on the foundation?  Structural support will be a major consideration in any "Mass" retrofit.

Ha!  Found it.  Look at this and see if your imagination is seeing what I'm seeing.

Missouri "Russian" Heater
show more
2 weeks ago
rocket mass heaters
Looking for Masonry Stove Kits and Plans
I got a buddy who runs a shop installing these for people.  Of course if you're up to it, it can be done DIY.  All the pieces are pre-cut at the factory.  I don't know what your budget is, but here you go.  Tulikivi
show more
2 weeks ago
wood burning stoves 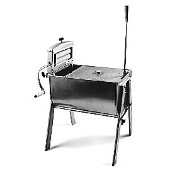 James Washer for laundry?
I like the 5 gallon bucket and plunger idea.  If I were to do that, I'd compliment it with a mop bucket wringer to press the water out of the clothes.
show more
3 weeks ago
home care

Not exactly.   Stirling engines create mechanical energy (work) from heat, and you can use that to do anything you could do with an electric motor.  Maybe the Amish would be ok with this system?  Peltier devices generate electricity from heat.
show more
4 weeks ago
alternative energy

Tamera stirling engine questions
Fascinating device.  I have no doubt it works as claimed.  The problem with getting systems like this to the mass market is acceptance.  Not that many people are going to make the adjustment to lifestyle this kind of system is going to require.  The green house for solar heat collection, the hot oil fluid system for cooking, water heating, all differ remarkably from the "Normal" way of doing things.  Unfortunate that no plans are available?  Has anyone tried doing a patent search for drawings?  I'm sure some wrench head around here could figure out how this was done.

The gravity battery utilizes two common chemicals which create an electrical differential to generate a current.  The "Gravity" aspect refers to how the specific gravity of each chemical causes them to separate themselves naturally into a positive and negative side, all contained in a glass or plastic container.