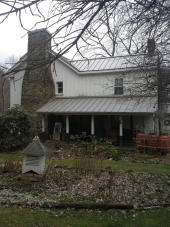 Debi Baker wrote:We have had Nigerian Dwarf Dairy goats for 10 years.  I have hand problems and milk with both hands on one teat, so I may close off the top with my thumb and pointer finger of my left hand then use my thumb and one or two finger on my right hand to roll the milk down the teat.  This means I do one teat at a time, but this is still pretty quick.  Another very important item to make sure of is the teat size of the goats you buy, there is large variation for the Nigerians because some people who only breed for small size and do not milk may have Does with teeny teats.  You want to see the Dam in milk to check out her conformation in general, and udder and teats, and even better, also pictures of the Sires Dams Udder.  You should do this anyway for a milker but for the Nigerians you can also then check out teat sizes to give you some idea of what yours will grow up to have.  Ask the breeder about milk production and milking ease.  Then, do know, the second breeding, the teat and/or orifice size and milking will be easier than the first freshening.  Even with my hands I can milk a Nigerian with smaller teats, but it takes a bit longer and more likely to cramp  up if it is more than one doe like that in a row.  The small teats is how I developed the hold off with left hand and roll down with only one finger and thumb on right hand.  Larger teats means using at least 2 fingers on right hand, so faster. It also became easier as I became more used to it, then I never had to stop and shake out my hand and after a while could do 3 in a row.

To get used to it, for your first milking/freshening you will have only one doe and once a day to get your hands built up.  Nigerian dwarf dairy goats are the only breed that can breed year round, so you can breed offset to keep up a steady milk supply, for example, you could have 3 does and breed them 4 months apart, and this will mean after you get your system going that you will have 2 in milk at all times, one coming into season and one going out, the third one will be dry for 3 months ( or 4 months to give her more rest, but at least 2 months of end of pregnancy dry, they have a 5 month gestation, and then the first month postpartum).  You would breed them once a year, usually.  Anyway, when you first start up, only one goat will have given birth, you leave the kids with her 24/7 for 3 or 4 weeks, usually 4 as they often have multiples, then you lock up the kids at night , like in a dog crate next to mom so they can see each other, then you milk the doe in the morning, then let the kids out to be with her all day.  SO, you are learning to milk only on one doe once a day.  This also means that at the beginning when the kids are young, that you dont need to worry about doing a good job, if you get tired and dont milk her out the kids will ! SO, then no pressure, you dont need to even be milking one doe the first few weeks, you can just milk "some" like milk half what is there as you get your hands used to it. Nigerian Dwarf kids can be taken off the Dam at 2 months at the earliest, you have to see how they are doing eating, so 8 weeks no longer than 10 weeks, they grow up faster than other breeds.  After that, you separate them from mom entirely if you want more milk, so you can then milk twice a day, or stay with once a day if it is easier.

Thank you for sharing your experience and all the helpful information!!

I love the idea of being able to ease into milking. I'm putting your reply in to my milking doe notes! Thanks again!

Is Corn Worth Growing on Small Plots?
Ha ha! Corn smut... what a name!

I consider myself pretty open minded about trying new food, I enjoyed eating Haggis in Scotland, but Corn Smut just looks, um, wrong to be a food. If I get a chance to try it someday I will do my best to at least give it a little try. Can't say you don't like it if you've never tried it right?

I never realized corn could be such an issue to grow in some places! Here in NE Ohio corn grows really well, conventional farmed crops are corn, soybeans, and hay. Seems just about everyone with a little garden grows some corn. My parents always have a few rows of sweetcorn to eat in the summer and then freeze a handful of little baggies of it to enjoy in the winter time. A nice taste of summer during the long dreary winter.

I'm still preparing my garden plots so I am not growing any this year but plan on growing a few varieties next year for sure!

From One Variety to 21! -Framework Grafting vs Topworking = More Varieties, Sooner!
Thanks for sharing! You can do way more with grafting than I ever knew!
show more
2 years ago
fruit trees

Thanks for sharing the video!
show more
2 years ago
bread 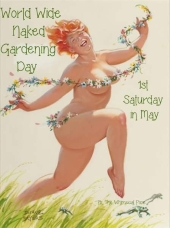 I'm embarrassed to say I never knew about naked gardening day. Guess it's never to late to get a start!

show more
2 years ago
crowdfunding
My Scavenger Hunt Is Gone!
Yay! It's back! A really big thank you Nicole!! 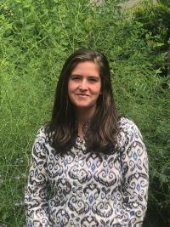 Can't wait to dig in. Thank you!
show more
2 years ago
kids