SGWM 45 seeks my other half
Any luck?

My experience is no matter the medium, results are never very good.

It's funny, with almost eight billion on the planet, you would think you couldn't swing a cat without hitting a potential partner. Except, everywhere I look it seems no one is having any luck. Well, I take that back. I know many people who can "hook-up" whenever the mood hits them, but as for meaningful relationships? Yeah, seems not a whole heck of a lot of people out there REALLY looking for actual relationships.

show more
1 month ago
permaculture singles
Orchards for Tiny House Plots
Interesting idea.
One point of worry. Generally people who rent do not have the time for maintenance on fruiting trees. This could be a problem as fruit trees can be very picky not to mention if they arent harvested the rotting fruit brings in pests. The trees will be prone to pests anyways.
Also, before such an endeavor were to take place, make sure you understand the building codes of the area. Tiny homes may not be allowed.
My suggestion would be to build an apartment building. Maybe a quadplex. Use the majority of the land for what you are planning for the gardens. But remember, you might be the only one maintaining the plants. So maybe look into plants that need little to no maintenance.
Its a nice idea, but not everyone is into the work it takes to produce their own food when McDonalds takes five minutes.
show more
1 year ago
trees
Venting
I love it when someone says that having money or the lack there of is NOT a barrier when you want to go off grid or develop a better, more Earth friendly life.


You can WOOF for a week, two weeks, a month... months... a year. Whatever sounds good to you! Whatever you're curious about... look to see if you can find a host doing something that interests you in a place you'd like to visit. It can be an excuse to explore potential places to call home when you're ready to take that step.

You can't do that forever. There also isn't a lot of money (if any) in WOOFing so you can't save for your own land. Also, have you ever tried to take a "break" from the rat race to pursue your passion and then in a year, try to get back in? If you are older, it can take awhile to get a new job just to afford to pay for a place to live. If you don't inherit land/money you work your rear off to get it.

I know, the next thing an optimist will say is, "there are always people looking for others to come onto their land and help." Working closely with a person/persons on their land in the hopes they will have you stay permanently is just like a romantic relationship or any interpersonal relationship. Sometimes no matter how hard you want it to succeed, it doesn't. Personalities clash, someone gets emotionally hurt, sometimes you don't see eye-to-eye, etc. So, yes, there are persons who are willing to have you stay on their land and help. There just aren't that many, and we are all human. It's just easier for us to NOT get along than to get along.

autism
I hate making a comment in long forums.
They are like trying to make a comment in a conversation. I always feel like I am looking at a set of children swinging two jump ropes for "double Dutch" and I got to find some way to jump in without falling flat on my face.

It was mentioned;
"I wonder if blue-blockers would help with the light intensity? Maybe it's the type/hue of light, not just the intensity? I have a harder time thinking and seeing in LED light, but firelight and incandescent are much easier for me. My husband has blue-blocking glasses that look like reading glasses, but block the harsh light."

I've read a lot about autism and sensory sensitivity. How it varies from person to person. I have also read about the "meeting a person's eyes" avoidance. Although I have sensory sensitivity, (i.e. certain sounds, touch, texture, etc.) I fall into the inappropriate staring category. It's the opposite of avoidance. I tend to keep it under control, or masked, but often, especially if I think the person is interesting/attractive in some way, I can't help it and I look like a creep.

Also, I read about another member speaking on treatment options. Unfortunately, I have spent my life in forced, but ironically unintentional immersive therapy. No parents, and moved from one home to another. I became hyper-focused on people and all the funny things they did. I refused to speak.
I remember clearly thinking how all the talking made no sense. I saw no point to it and most questions seemed entirely unnecessary. Then I noticed how I was being isolated due to my oddity. Being singled out and bullied, and even on occasionally having adults literally tell me how creepy and weird I was. Life gets hard fast when you are alone.
Due primarily to the forced immersive into everything normal children did, or really given no choice, (no one respected my choice to be "me.") having the ability to hyper focus on people and how they acted around me, I learned to mimic them. I literally "faked it, till I made it."
But... and it's a big but... as the creator of this forum pointed out, this cannot be cured.
Best case scenario is you can treat the symptoms. Well, treat the results of living in a world that often is overwhelming and confusing. Perfect mimicry or not, years of dealing with the anxiety, the aggravation of the confusing things that go on around me, (NOTE: not everything is confusing. I have the ability of logic and reason.) the depression and loneliness; a loneliness derived from living separate from others; in a  world that doesn't often bridge into the normal one, takes an enormous toll.
That's the part that worries me. Since it can't be cured, only treated, then what is the best I can hope for? Will there always be anxiety? Will there always be that disconnect between me and everyone else?
Not questions meant in sadness or with defeat as their core. Quite honestly, I'm curious. Do people like me make real connections or are we sometimes just too, different?

Thanks for the topic.

permaculture bootcamp - learn permaculture through a little hard work
I want to take part in the boot camp but the earliest I would be able to get time off work would be April. When would the next boot camp open up and is there going to be one around that time? Also, should I go a head and pay for one of the future ones? Thanks.
show more
1 year ago
wheaton laboratories

permaculture bootcamp - learn permaculture through a little hard work
Okay, I'm coming off a 13 hour straight shift so I am certain I might have missed something here. Just bear with me while I stumble like a drunk through this.

I can sign up to be in a Permaculture Boot Camp where I will be taught how to properly do permaculture? For just $100? In Montana? For real?
show more
2 years ago
wheaton laboratories 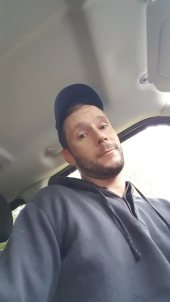 37 gay male in Tennessee
This thread is a little out of date but I was curious how it turned out. I currently live just North of Louisville in a small farm community and know how the extreme "lack" of dateable can really wear on you.
show more
2 years ago
permaculture singles