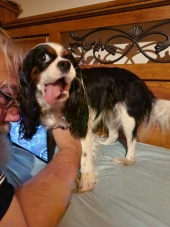 Caption THIS!!
The indignity of the post-surgery cone.

Caption THIS!!
Dog: I wonder if he'd taste like chicken.
show more
2 weeks ago
meaningless drivel 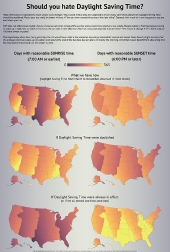 I would like to go back to: When the sun is highest, it's noon.

This system was tried in a parallel universe, but it turned out to be too complicated for interacting with anyone located more than a few miles east or west of me, and often impossible for those located far to the north or south.

A parallel friend told parallel-me that he'd call at noon his time. I had to look up the longitude of his house and the longitude of my house to calculate that noon his time was... umm, lessee... 10:43:02 my time. I then tried to link my parallel friend in Barrow Alaska to the noon call, but she just laughed and said that she had no way of telling when it was noon, as it was late November and she wouldn't be seeing the sun until late February.
show more
3 weeks ago
meaningless drivel 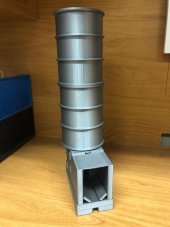 How you hang toilet paper shows your personality type!
I'm trying to picture the mechanics of turning the body sideways to match the sideways TP orientation.
show more
1 month ago
meaningless drivel

Feasibility of food self reliance.
A three sisters nutrient analysis:

Food Yields and Nutrient Analyses of the Three Sisters: A Haudenosaunee Cropping System


The Three Sisters provides energy for 13.42 people/ha and protein for 15.86 people/ha

A review of three sisters publications:


Estimates of crop acreage for the Wendat (Huron), who like other Haudenosaunee (Iroquoian) were farmers who supplemented their diet with hunting and fishing, suggest that a third of an acre per person provided for sustenance.
(...)
Heidenreich estimated the Wendat diet was 65% corn, 15% beans, squash and pumpkins, 10–15% fish, and 5% meat.

How you hang toilet paper shows your personality type!
"Rock bottom" is the medical term for the condition that results from not bothering to... okay, nadir has been reached.
show more
1 month ago
meaningless drivel

How you hang toilet paper shows your personality type!
Paper? Sponge? Stick? Why bother with high-tech gadgetry when you're sitting there with two perfectly good hands? The debate then becomes whether the hand should be supinated or pronated.
show more
1 month ago
meaningless drivel