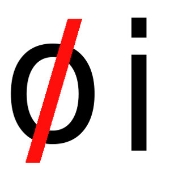 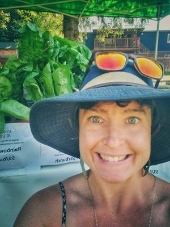 I loved reading this blog/thread. I wish you much success with your plans in 2022/2023. It all sounds great! 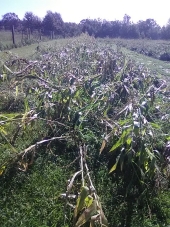 Do you grind grains?
I gave up on wheat, yet I do some baking with oat flour,rice flour, coconut flour, almond flour.

I have used my vitamix to turn soaked rolled oats into flour, yet I have not tried it with whole oat berries. I am not even sure where to buy them, as I haven't thought of this before reading through this thread.

The other flours, I have purchased as flour.

I have used soaked walnuts, ground finely in the vitamix, as an addition to something baked also.

I typically make gluten free cookies, biscuits, and also dumplings in soup, and I am going to try making dehydrated crackers soon.

A grain grinder like the one being offered on this site as a giveaway - well that would make it a lot easier to grind dry grains. I wonder if it can be used with soaked/wet grains also? 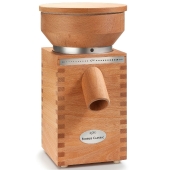 *Welcome Ginny Clark of Pleasant Hill Grain!
Welcome Ginny, so nice to have you with us! :)
show more
1 month ago
bread
How greening the deserts is Primitive!

YES! We should start emailing as many people as we can about this. If I am going to do this in my own country, I would need to figure out how to acquire email addresses of Doctors, Scientists, Botanists, Artisans, Mathematicians, Chemists, Microbiologists, Ecologists, Veterinarians, Farmers etc.

I actually have no idea if there is any areas that would be considered deserts in Canada, but there certainly are many places where clear-cutting of trees has ruined the landscape. An there are many industrialized centres in every province, except maybe the northern 3 provinces.

The United States is much more concentrated. Maybe there are some permies in the US who could join in this conversation.

show more
1 month ago
greening the desert
How greening the deserts is Primitive!
This is amazing - I love this plan you have laid out. The only question I have is: what's would be the first step? I think that there is much work to be done to get governments on side of this, and someone could start on their own, but it would take a very long time. I've seen documentaries of people who planted trees in the desert, a few hundred trees a year, all kinds of different species, and over the space of 50 years, the desert was pushed back. If that is what one man can do in 50 years, then I can only imagine what 100 people could do, or even 30 people could do.

Your son is going to school in Kelowna? That's awesome. How does an American fare in the University system in Canada during an epidemic? Is it hard for him?

My brother lives in Kelowna and I visit him at least once a year. When I move in the spring of 2022 I will be a lot closer to most of my family.

show more
1 month ago
art
Rude People and how I deal with it
So, I was in Costco, waiting in line at the service counter and someone tries to cut in front of me.
I said: "Hey, we are in line for this counter"
She said: "Well I didn't notice. It's supposed to be 6 feet apart, not 600 feet"

And in my head I'm thinking - well gosh it's actually about 7 feet distance between me and the next person, which is 593 feet less than this person just suggested. A very big exaggeration. But ok.

What I did say: (blank)
I didn't say anything, I just ignored her. My fiancee stared her down, he told me later. However, I choose ignoring rather than engaging most of the time.

If it was online, I think my approach is similar. If a response is required, I would answer only factual, not exaggerated questions or comments. I would ignore the rudeness, and answer as politely as possible. I think that reacting to anything is a waste of time. I'm not a saint. I used to react to everything, until I read something that helped me see things differently. Life has been a lot easier since I learned this.

Anyone have similar rude people stories that just want to vent it?

Is there a PDF downloadable version of the book, or can there be? It currently is very very expensive to buy the 2013 edition on Amazon.ca.
A new version of the book is coming out April 22, 2022 though.
show more
1 month ago
digital market