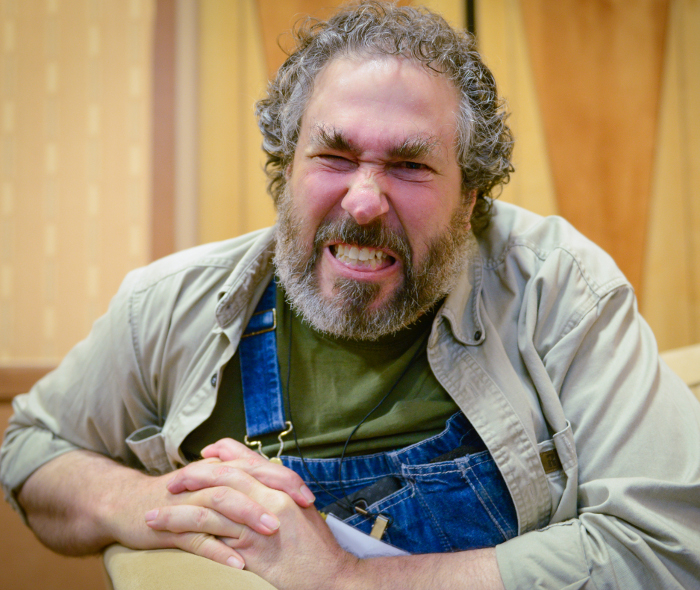 Paul Wheaton, The Duke of Permaculture, is an author, producer, certified advanced master gardener, and owner of. He has created hundreds of youtube videos, hundreds of podcasts, multiple DVDs, and written dozens of articles and a book. As the lead mad scientist at Wheaton Labs, he's conducted experiments resulting in rocket stoves and ovens, massive earthworks, solar dehydrators and much more.
His bitcoin thing-a-ma-bob is 177pNU2a9iCpUXQwXX9EbtA2UwZpgeqcMT
missoula, montana (zone 4)
richsoil.com
Apples and Likes
Apples
Total received
∞
In last 30 days
74
Total given
8385
Likes
Total received
23213
Received in last 30 days
496
Total given
11803
Given in last 30 days
348
Forums and Threads
Scavenger Hunt

PEA - Permaculture Experience for Apartment dwellers
The answer is embedded in your question.

I think most of PEP does not require access to land.

People interested in PEP will go through the list and see one thing that they cannot do, so they discard all of PEP.  But if they started PEP, the would probably, in time, discover a way to accomplish that one thing.  Thus getting PEP1 certified.

The primary purpose of PEA is to remove any possible barrier like that.  PEA is to be pure in this respect.  The moment you open it up to allow for a balcony or a nearby park or anything like that, then a large percentage of the population rejects the whole thing as "impossible" for them.  By keeping it pure, then the only objection those people can have is that they don't wanna.  It is certainly possible, but it isn't their thing.  Fair enough.

I wonder if 100 people start with PEA if 95 of those people will end up PEP1 certified and never finish getting PEA1 certified.

Suppose you add something about going to local park and finding a stick that is at least 2 inches in diameter and at least 9 inches long.   I suspect that for 95% of the people considering PEA, this will be a deal breaker.  PEA is now "impossible" due to ....   well, I bet there can be a list of 100 different reasons here.   But if we add in that they could get the stick over amazon or ebay or a craft store or from the wild ...  then those objections are washed away.

When we are done defining all of PEP, we will get to work on PEA.   And then we will work on expanding both to be more inclusive.   And, in time, we hope there will be a dozen more PEX programs that each offer variations.

the cure for childhood cancer and how my projects can help

Did you see "The Food Cure"?

I have had a number of patients where there were no more conventional options for cure pursue these things.  Every one died.  Every.  One.  Not one patient I have been involved with has done the Gerson protocol and lived.  There’s also an increasing literature around treatment abandonment to pursue these things.  Again the numbers are shocking.  Patients with curable cancers die for lack of appropriate therapy.

First, of course, everybody that you have helped has died or will die.  We all die.  I think what you were getting at was that they would have lived longer if not from dying when they did of cancer.

I know that when I had my gallstone event, it was clear that they wanted to pop that gallbladder out immediately.  The idea of any other path seemed silly.   One doctor was willing to say that I can dodge gallstones through diet, but nobody has ever done it.  Every patient of hers that has ever tried that path had another gallstone attack and then did the surgery.  Every last one.  All.  100%.  Absolute.  And here I am, two and a half years later and I still have my gallbladder and I haven't had an issue.

I've just met so many people that have beat cancer with nothing but diet and/or environment changes.  Including Helen Atthowe - and we recorded some podcasts about that.  But those people are adults.  And that data is anecdotal.

So childhood cancer:  it was in the movie.  I think it was five adults and one infant.  And they all made it past the five year mark after the cancer was discovered.  My understanding is that that is considered the mark for being a cancer survivor.

And then there is "The Beautiful Truth".

I am reminded of how most of the world is utterly certain that it is not possible to go to mars - until somebody has gone to mars, written a white paper about it, and that white paper has been published in a reputable journal.

It seems that nearly all of my life is doing stuff that is "impossible".  And there will be a long parade of people lined up to tell me that I am wrong.   And then I try ...    and there have been a lot of things I have accomplished that were previously thought "impossible" and there are a lot of things where the lesson was that I was wrong.


It sounds like confirmation that I want to try something that has not been tried.   And the odds, according to one professional (decorated?) pediatric oncologist, are against me.    I suspect that 98% of all pediatric oncologists will say the same thing:  slim to no chance of this bearing any fruit.

step 1:   cancer comes from carcinogens.  Known and unknown.   All people everywhere need to reduce the collective carcinogens in their life by 85%.

step 2:   people will not eliminate carcinogens from their life as a sacrifice.  But they will do it if there is a benefit.  We need to find those benefits and tell everybody.

And I'm still gonna try.  And it might be a hundred years after the both of us are dead that the final results are in:  that I was a fool and wasted my time, or my work was the pre-cursor to the good stuff.

I have a philosophy that I believe will cure childhood cancer.  I am going to try to create that environment - and I suspect that no sane person will subject their sick child to my natural world with polyculture food from a rich soil.   And if there were, I suspect that every layer of government will prevent any children with cancer to come within a county mile of my place.   But, at the moment, I am allowed to grow a garden and build natural buildings.  So I will.  And maybe 40 years from now there will be a million similar places and the white papers will flow ... 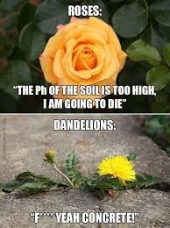 the cure for childhood cancer and how my projects can help
Andrew,

Did you see "The Food Cure"?

the cure for childhood cancer and how my projects can help

A great example is the Amish.  They are at significantly lower risk of asthma due to lifestyle factors and exposures (more exposure to bugs, less exposure to pollutants).  They’re also at a significantly reduced (like 60%) risk of many types of adult cancers because of the way they live.  Yet their childhood cancer rate isn’t significantly different, or at least nobody has published that it is.

The Amish do live a different lifestyle - but it isn't even an organic lifestyle, let alone something like what I advocate.

I feel this line of research could possibly be indicative of many things, but also shifted by other things.   They still have smokers (pipes) and they still work with a lot of toxic materials.

We look after children from urban and rural backgrounds, encompassing a wide range of lifestyles.

Constant air pollution in the city, vs. excessive use of pesticides in the country.

We look after children of people who have eaten organic food for decades, live rurally among like minded people and never take medication of any kind.  We look after children whose families only eat processed food, have exposure to legal and illegal drugs since day dot.  Our regional rates for childhood cancer are identical across these wildly different communities.

I think there is a thousand times more to say here, but I wish that the research that was conducted was ... a bit more robust.

I am glad you are on permies.  And I am glad that I have the opportunity to infect your brain.

Suppose that five years from now Allerton Abbey is as lovely as ever and surrounded by a jungle of food systems.   A house built without zero cement (commercial cement loaded with hidden toxic waste from other industry), zero paint, and the only plastic is a thin layer buried in the membrane.  A strong focus on a structure to be built to be low in toxins - known and unknown.   And the food is from rich soil with polyculture.   Supposing that Billy lives in a city with his parents in a big brown cloud and has the option to come stay a few weeks at allerton abbey (without his smoking parents) - would you consider it?

I am not a doctor, let alone a pediatric oncologist.  And I think that Billy has a far better chance of recovery in the environment I suggest.  Not only due to a dramatic reduction of environmental carcinogens, but other toxins as well.  Including toxins that we might be suspicious of, but don't have any hard proof of yet.   So I suppose this could be referred to as a reduction in carcinogenic load for a patient attempting to recover from cancer.  Any patient - including a child.   Further, I think that sort of therapy has not been researched in a way that might be satisfactory to you and your colleagues, but that's my point in creating this thread:   I wish to try.  And I think I am going to make a massive difference.  So my next question to you, posed rather gently:   Do you think my ideas MIGHT bear fruit?

the cure for childhood cancer and how my projects can help
My understanding of cancer is that we all have it all the time.  To say "I have cancer" is more accurate to say "I have more cancer than my immune system can deal with."  True?
show more
1 day ago
paul wheaton's pseudo blog

the cure for childhood cancer and how my projects can help
Andrew,

Suppose you have a patient named Billy.   And Billy's folks are heavy chain smokers.  Further, Billy's home environment is rather loaded with carcinogens (let your mind run wild).   Things are not looking good for Billy.  You learn that Billy has an Aunt Betty - she is bonkers about permaculture.  Betty is not a smoker, and her home is very low in carcinogens.   Her garden food comes from rich soil with polyculture.

My impression is that you are saying that Billy's chances for recovery are the same at home or at Aunt Betty's.  True?