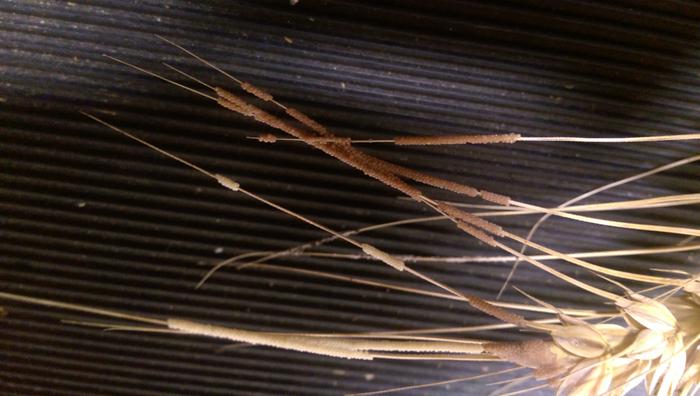 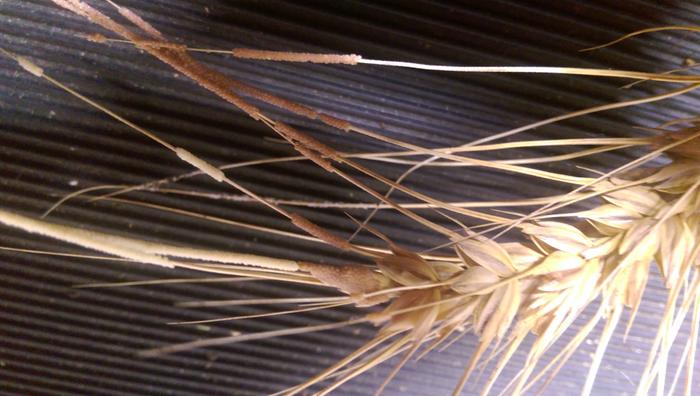 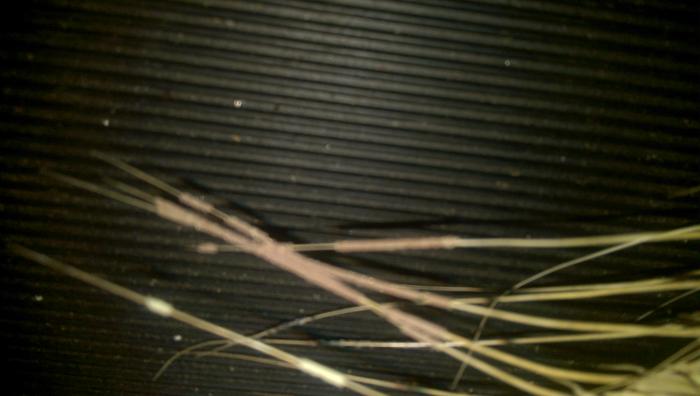 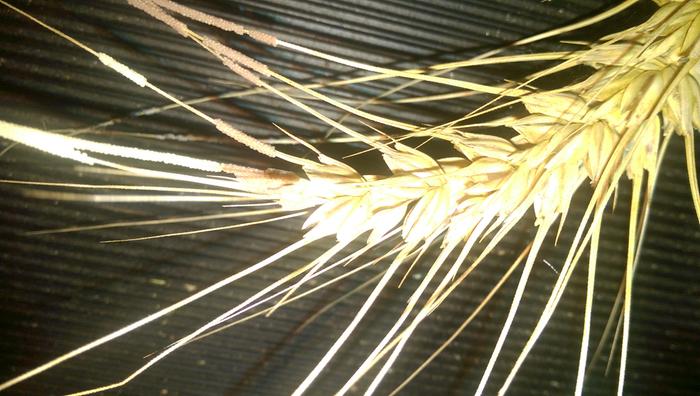 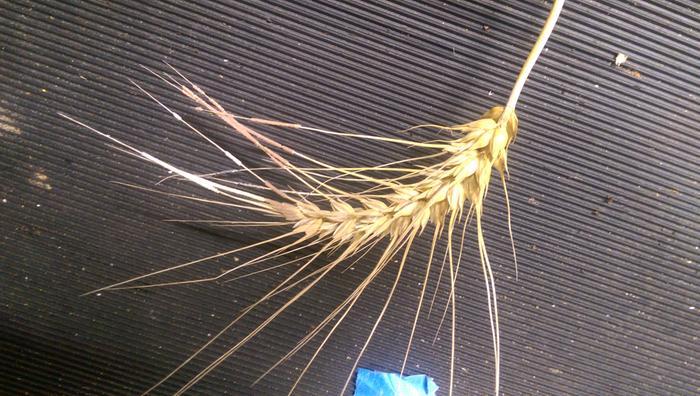 posted 1 year ago
I think it is bug eggs of some kind as well. Diseases common to the wheat family are rusts (actually a fungus) and ergot (also a fungus). If you see reddish brown spots on leaves and stems, that's rust. Ergot looks like a long brown turd has grown where there ought to be a kernal. Rye is most susceptible to ergot, but it can also attack any grass. I have seen it on corn, rice, wheat, rye, and oats. But mostly rye. Ergot is where labs typically get their LSD. Treatment without damaging the soil is to remove infected plants and burn them. Copper oxide is often used to control fungal diseases in crops, but that will mess up your soil big time. Crop rotation is a must as well for controlling diseases, and I would have a diverse cover crop including radish or mustard to mitigate any fungal problems right after harvest. Radishes and mustard contain Allyl isothiocyanate, which inhibits fungal growth until it breaks down itself.

Synthetic allyl isothiocyanate is used as an insecticide, as an anti-mold agent [6] bacteriocide,[7] and nematocide, and is used in certain cases for crop protection.
https://en.wikipedia.org/wiki/Allyl_isothiocyanate

Growing mustard or radishes as a cover crop is a low impact way to control fungal infections and some pests including ants and nematodes. Note that the Allyl isothiocyanate is not even created unless the plant is damaged, so rolling or crimping or chop-and-drop are necessary to have an effect on the fungus.