posted 4 years ago
I've seen Assassin bugs mentioned in many forums and articles but didn't bother to look them up.   UNTIL..... Today I surveyed my potatoes which are just starting to crinkle up and soon ready to harvest, when I saw a cluster of these orange bugs at the top of one plant.    This is in the midst of a 4x8 ft raised bed full of potatoes but no other plant has these bugs on it.   I googled orange bugs and am doing the happy dance if I'm right!   First year I've seen these - last year I planted a single milkweed plant which seems to have reproduced (although they're only 8 inches tall no flowers at this point)  but I wonder if that's what attracted the bugs.    Seeing this cluster of assassin nymphs coincides with seeing potato beetles and stink bugs just this week - not on the potato plants but 20 feet away on the cucumbers.  I picked them off but also see that the Amaranth that is volunteering all over is also performing well as a sacrificial trap plant for the potato beetles and just like last year, the potatoes are not being bothered at all.     So after 7 yrs of toiling in my dirt maybe my simple permaculture system is coming to fruition :)   The first photo is my own very bad image (sorry - I even hired a tutor once, to teach me photography to no avail.)    The second is a photo I found on Bing.    For the curious here's an article by UC of Calif  describing how beneficial they are as I had to confirm that these are GOOD bugs :)   I'll try to see them mature and add pictures at those stages if I can. 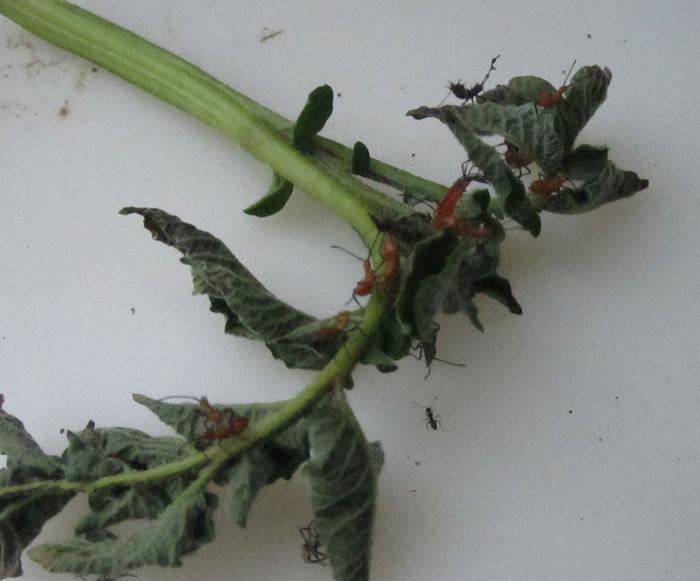 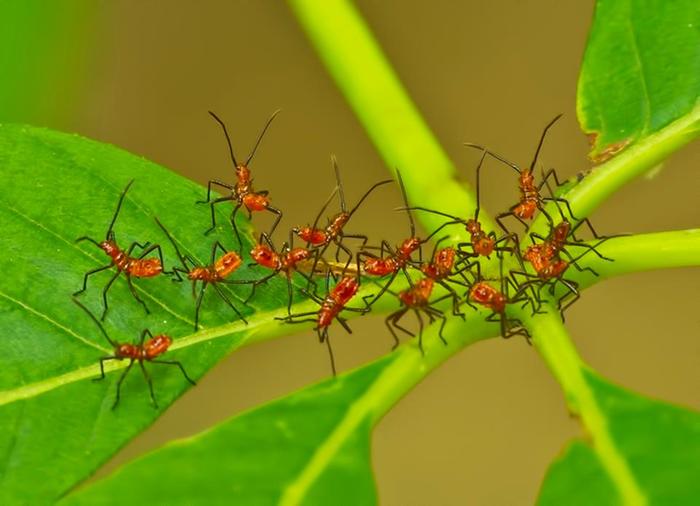 posted 3 years ago
Update -   Are these my adult assassin bugs?
IMG_4243.jpg
Steve Mendez
pollinator
Posts: 126
32
posted 3 years ago
Last year some of my zucchini plants were destroyed by squash bugs. The nymphs looked very similar to the little orange bugs in your photo. They started out as clusters of tiny orange eggs on the underside of the leaves. They didn't appear to eat that much, more like they sucked the life out of the plants/infected the plants with some kind of disease. Once I noticed the plants were doing poorly it was too late. I was able to keep a couple of uninfected plants going and producing by picking off adult bugs by hand and scraping off the egg clusters frequently.
I hope you have assassin bugs and not what I had last year.
Judith Browning
Posts: 7994
Location: Ozarks zone 7 alluvial,black,deep clay/loam with few rocks, wonderful creek bottom!
1779
4
posted 3 years ago
Susan, I'm afraid the leaf footed bug in your picture is not your friend...I have a few every year on tomatoes and other things and they do some damage.  Never as bad as stink bugs but definitely not one of the good guys. 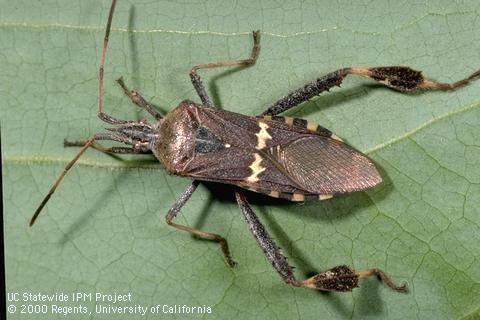 Here is an image of an assassin bug... 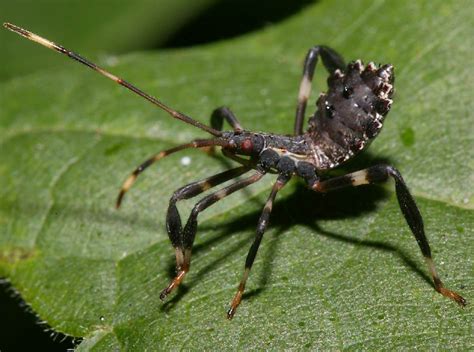 posted 3 years ago
Yes it's very confusing.  There a zillion varieties of squash bugs and assassin bugs.   What I think differentiates them is that the assassins are narrower and the tail arches up (any entomologists here to confirm?).  The legs and antennae are long, and these have a faint orange color on the antennae.      Of course I also have my share of gray marmolated stink bugs and I think another kind of dark brown squash bug :)
Susan Pruitt
pollinator
Posts: 285
Location: North Carolina, USA Zone 7b
71
I like...

posted 3 years ago
AH HA!   Thanks Judith - you are right and gave me a clue with the label "leaf footed"