Amedean Messan
pollinator
Posts: 928
Location: Melbourne FL, USA - Pine and Palmetto Flatland, Sandy and Acidic
41
posted 7 years ago
I have been in the process of designing an insulated biodigestor for strong year round production of methane fuel in temperate regions. My challenge was loss of thermal energy during winter and I looked into designing a biodigestor with insulation. Further to add, the ground is a large heat sink so a biodigestor buried in the ground dissipates heat energy which slows the digestion of biomass. Normal ground temperatures vary but an average is roughly in the low to mid 70 degrees so theoretically thermal equilibrium in the biodigestor is at this temperature. Ideal thermal energy required for moderate digestion is 80 - 110 degrees.

The graphic above gives a visual representation of my idea for adding insulation but ignore dimensions, I got the images from Google images.

Originally my idea was to develop some method of insulation using cellulose from straw bales but a MAJOR design challenge was potential deterioration of the cellulose due to the tendency to develop water buildup. Also I wanted to be able to develop a method to insulate the bottom of the biodigestor to restrict heat dissipation which would be near impossible with straw bales.

This is where I looked into the potential of using compacted biochar as a possible insulator. This also follows my initiative of using sustainable and cheap materials. I do not know the insulation value of compressed biochar but theoretically I can use this material because it does not degrade (as far as I understand) under conditions natural to water saturated environments. It is a flammable material when aerated under oxygen rich environments with excessive heat but otherwise from my understanding it is not thermally conductive and it is relatively inert for building purposes.

Constructing a thermal shell surrounding the biodigestor would facilitate economical production of methane gas during the winter which in turn a portion of the methane can be used to reintroduce thermal energy back into the reactor facilitating a controlled environment to maximize methane production during winter. Further to add compressed biochar can be stabilized to form a structural material. The thickness of the wall is dependent on the insulation properties of compressed biochar which I do not have, any references to density and insulation would be appreciated.

Well, there is my idea in a nutshell, feel free to add comments, suggestions and any other incite. The idea of using insulation in biodigestors is not new but the application of biochar as a subterranean thermal insulator is. As far as I know this is an original idea as I have not seen any other designs similiar to this.

Posts: 7926
Location: Currently in Lake Stevens, WA. Home in Spokane
317
posted 7 years ago
Most insulation gets its rating from how much trapped air it can maintain. Compressing the biochar would eliminate the trapped air.

A cheap trick used in Victorian times to insulate the floor of hog houses was to dig the hole an extra few inches deep, and place a layer of empty wine bottles down. They then poured their cement floors atop this layer of insulating bottles. Cheap, yet effective.

Most insulation gets its rating from how much trapped air it can maintain. Compressing the biochar would eliminate the trapped air.

I am open to mistakes but I am not sure this is correct. Thermal insulation is a material property. There are three types of thermal transfer that I am aware of - conduction, convection, radiation. 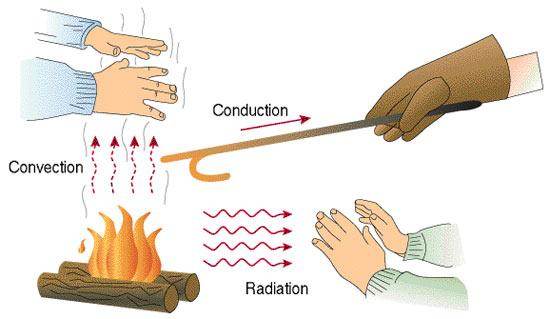 In a perfect vacuum there is no exchange of thermal energy by convection or conduction as it requires mass. When you cool yourself with a fan or seal the cracks in your home you are using principles of convection to control temperature. That is why heat from the sun hits earth only in the form of radiant energy. Air is not a good insulator in terms of convection or conduction so the air pockets benefit is negligible if the material is less thermally conductive. For economic purposes, an insulation foam (polymer) is more practical. In contrast aluminum foil is a good reflector of radiant energy and a good conductor of thermal energy. If you sit right next to a camp fire and place a sheet of aluminum foil in front of you there will be a noticeable cool feeling behind the foil because it reflects the radiant thermal energy.

Dry wood is an example of a dense thermal insulator. Its insulation properties is not dependent on air pockets rather its composition (its a polymer). A good way to determine a materials conduction properties is to touch it. If it feels cold in room temperature than the material is conductive and not a good insulator (water, metal, rocks, etc...)

Amedean Messan
pollinator
Posts: 928
Location: Melbourne FL, USA - Pine and Palmetto Flatland, Sandy and Acidic
41
posted 7 years ago
I have to add, if biochar is an insulator than this idea would be sound. Because it is not a conventional building material I am having some difficulty finding thermal specifications to validate this idea. Also I have the biochar compressed because if the material is saturated with water it would bypass any insulation with air pockets.


A cheap trick used in Victorian times to insulate the floor of hog houses was to dig the hole an extra few inches deep, and place a layer of empty wine bottles down. They then poured their cement floors atop this layer of insulating bottles. Cheap, yet effective.

This is because the ground is a better conductor of thermal energy than air.