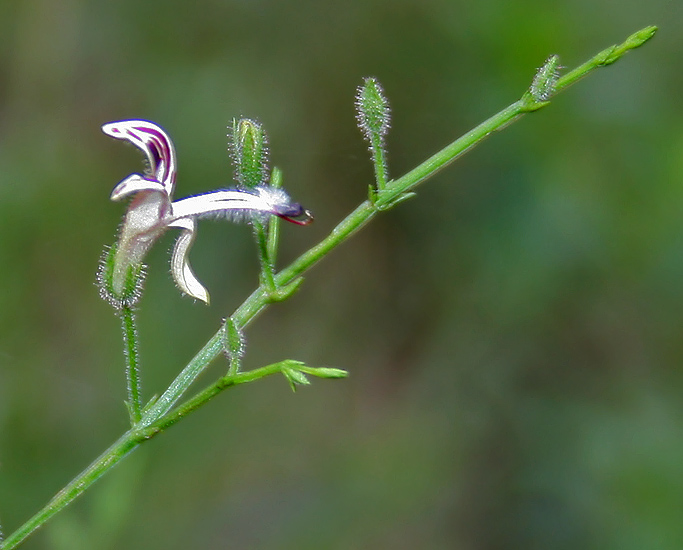 Andrographis is fairly new to western herbalism, but has long use in Indian and Asian traditional medicine.  Like Gentian in the west, Andrographis is also known as the “King of Bitter Herbs”. Andrographis is native to India and Sri Lanka.  To say that Andrographis is intensely bitter would be an understatement.  It is considered to be one of the most bitter substances found in nature..


As a bitter, Andrographis has hepatic, or liver protective qualities.  It stimulates the gallbladder.  It is also traditionally used to aid in digestion and for stomach issues.  Beyond its stonly bitter properties though, Andrographis has many important medicinal properties.


• Exceedingly, overwhelmingly bitter. Can injure stomach Qi. Over 15g can cause nausea and/or vomiting. When taking it directly as a powder, it is often encapsulated.


An article on the Banyan Botanicals website (www.banyanbotanicals.com) states:


This herb has been widely studied by scientists. At least 676 studies have been published since the 1970s for its multitude of benefits. A study from Chile showed very great benefit for people with colds. A group of 158 people took andrographis and measured their symptoms of headache, tiredness, earache, sleeplessness, sore throat, nasal secretion, phlegm, and frequency and intensity of cough. At day four, a significant decrease in the intensity of all symptoms was observed for the Andrographis paniculata group.

A double-blind-placebo-controlled study performed in Sweden treated 50 patients in the early stages of a cold with an herbal preparation containing 85 mg of Andrographis paniculata extract three times daily. After five days, 68% reported complete recovery, compared to only 36% of the controls. In the treated group, 55% called their colds unusually mild. These patients also took less sick leave from work. To top off all this research, a 2017 meta-analysis that crunched the numbers on 33 studies, including 71,715 patients, concluded that Andrographis “appears beneficial and safe for relieving acute respiratory tract infection symptoms and shortening time to symptom resolution.”


An excellent article by GreenMedInfo lists Andrographis as Anti-viral, along with 9 other significant benefits of the herb:

Scandinavian countries commonly use andrographis for cold prevention and treatment (5). A double-blind, placebo-controlled study of fifty patients using standardized Andrographis paniculata extract showed that the herb significantly decreased the duration and subjective severity of the common cold (1). Studies have also revealed that standardized andrographis preparations significantly improve signs and symptoms of both the common cold and sinusitis relative to placebo (1). In vitro investigations exemplify that aqueous and ethanolic extracts of Andrographis are also effective against highly pathogenic avian influenza viruses

Impressively, systematic literature searches have concluded that andrographis is a safe and effective agent for the treatment of upper respiratory tract infections (


A peer reviewed article on the NCBI site states:


Lastly, back in 2018, Andrographis was included on an excellent article by The Grow Network, “Top 10 Immune-boosting Herbs”:


Though you likely haven’t heard of it before, green chiretta is a common herb in India and Sri Lanka that has well-studied benefits for the immune system. Studies show that it works both to reduce your risk of developing a cold and to help you recover faster. The evidence shows that the plant works to promote the ability of a variety of immune cells to fight off foreign invaders before they can establish themselves.


Now, I’m not going to claim that we Grow Network writers can tell the future… but, I have to admit this article was rather prescient with the COVID-19 era still unseen on the horizon!  Although this herb is not a part of my herbal tradition, it is definitely one I plan to add to my herb garden this year.


Thanks to Herbalist and friend, Torey Lee for help in finding the resources for this article!