How to decide between a keypoint dam and a contour dam?

Tyler Cullender
Posts: 7
posted 8 years ago
I've been reading through Mollison's permaculture design pamphlets and I can't quite wrap my head around these two dam types. From what I can tell, it's easier to construct a contour dam because they tend to be shallower, thus the dam need not be so tall. However, keypoint dams seem to take the spotlight in Mollison's writings. Can you offer insight into why a keypoint dam might be the way to go? Should I just go read Yeoman's book?

Thanks and glad to join the forums!

Posts: 7926
Location: Currently in Lake Stevens, WA. Home in Spokane
318
posted 8 years ago
Yeoman's books are worth a read, especially for those who live on sloped land, or in arid regions.

Aranya
Author
Posts: 42
Location: Seaton, Devon, England
posted 8 years ago
Contour dams are often used on shallow gradients where the landscape doesn't offer the ideal catchment that the keypoint does. Basically they are for different situations - we don't all have vast landscapes where we have a choice where to put our water storages.

Yes, Yeoman's books definitely worth a read and certainly before implementing any significant earthworks. Darren Doherty reckons that Bill referenced an incorrect printing of Water for Every Farm when writing the Designer's Manual & that he says incorrectly that keylines meet at the intervening ridge, which they never do. Darren also said that after building all those dams and building soil for a while, Yeomans discovered that he didn't need nearly as much water anymore. Basically by building his soils he increased their water-holding capacity, reducing the need for storage (and maintaining these over-large buffers then become a greater drain on resources). So Darren likes to mess with the scale of permanence a little and suggest folks do some soil building early on (ripping / mob grazing) to find out how deeper soils behave.

Tyler Cullender
Posts: 7
posted 8 years ago
Great information, thanks! I guess I have a wrong understanding of keylines, then -- time to dig into the updated literature.

Could you explain 'ripping'? Is that the act of putting in numerous small 'valleys' along the contour?
Aranya
Author
Posts: 42
Location: Seaton, Devon, England
posted 8 years ago
Ripping is just running a subsoil plough across the landscape (Yeoman's developed his own especially for Keyline, with specifically angled points). Ripping sounds harsher than it is as the shanks (onto which the points are mounted) are preceded by a coulter (like a large pizza cutter) that slices open the soil to facilitate easily passing of the shanks. The soil isn't turned, just lifted a little, leaving slices cut in the pasture, into which water and plant roots can penetrate. It's most often used to break up pans and facilitate deepening of the topsoil. 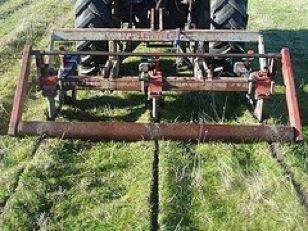 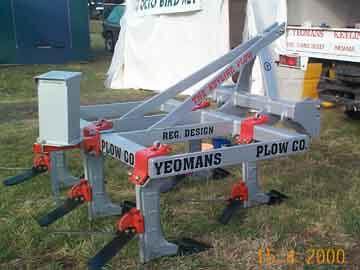 These ploughs often have other elements added, such as seeders & feeders, some getting the label 'super plough'.

Usually the first cut is made from the keypoint in the valley, out along the contour onto to ridge. Subsequent passes are made parallel to this (at equal offset), the outcome of which is that each the following cuts all run slightly downhill from the valley to the ridge, moving water back where it is most needed. 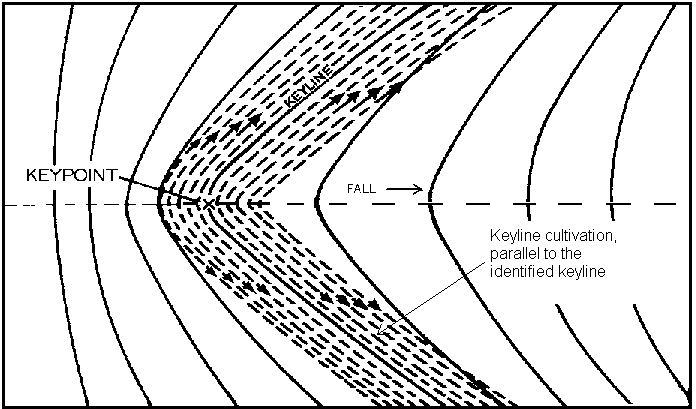 By ploughing just an inch or two into the subsoil, the topsoil will deepen. You'd then return after a period and plough again at a slightly deeper level, each time encouraging roots & life to penetrate further. This image will help show that: