Brenda Groth
pollinator
Posts: 4437
Location: North Central Michigan
29
posted 11 years ago
well our neighbors started enlarging the old pond that has been on the property since about 1969..they partially drained it and are digging on the north side..attaching the island now to a peninsula so it is easier to access and digging on both sides of the peninsula to make kinda a very large kidney shape..actually it was more a backwards S shape and now it will be just plain wierd shape..they will be digging all week so more photos will follow 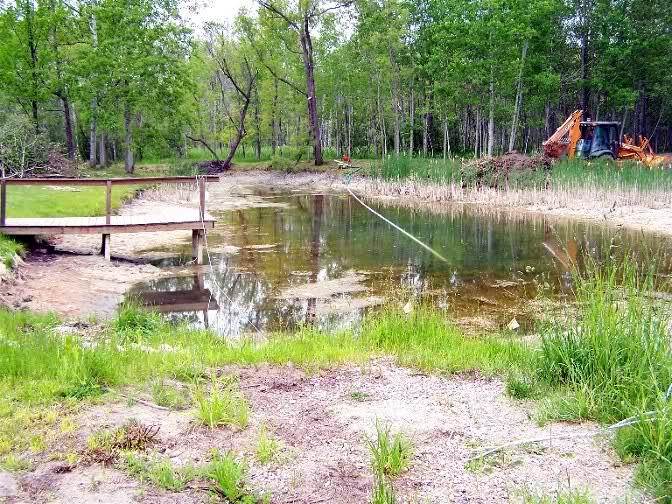 [/img]
this is looking east to west, the pond goes around a corner at the far end to the left..where the drain goes away..also on the left is where the water runs in..but they have that diverted now..to pump it out.
the next picture is around that corner on the far west end..he started there to dig out some of the seaweed, but gave up as it was so sloppy wet yet..and will do that toward the end of the week..he also took out some trees at this end after this photo was taken i think..the drain goes off to the left 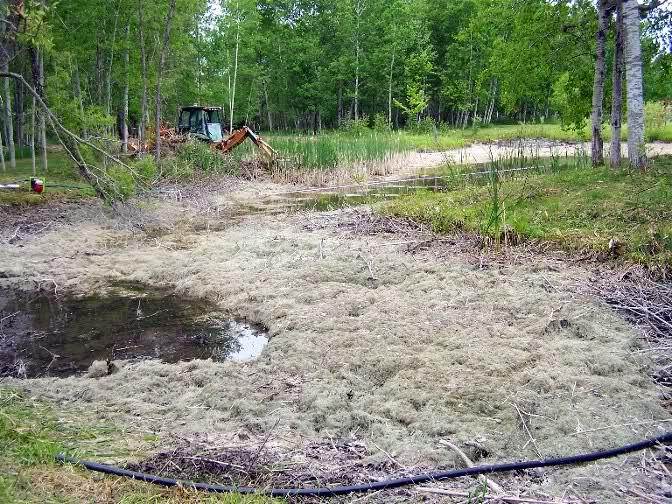 [/img]
the next picture is taken from the east on the north side where they are digging..they will be removing most of the dirt around the pond on this side..they are putting trails through the woods where it was kinda swampy..and they will rent a chipper and chip up a lot of tree tops for the trails back there as well..quite an undertaking..they'll be digging for about a week. 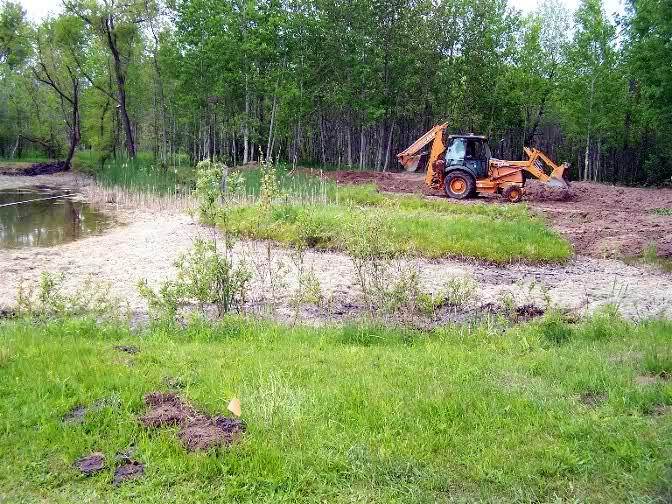 Brenda Groth
pollinator
Posts: 4437
Location: North Central Michigan
29
posted 11 years ago
well even with flooding rains the last 48 hours..he is getting a lot done along the north side of that pond..has the whole west half done and has the peninsula built and has started on the east half..has the backhoe till Friday so hopefully the rain will stop sometime before then..

they also said if there are hours left (they bought 40) that they would let Joel use them up on our property..we could use the backhoe..lots to be done here.