Posts: 3694
Location: woodland, washington
183
posted 10 years ago
the summer of 2006 was the first time I visited the Smith & Speed Mercantile in Eastsound on Orcas Island. it was then that it really dawned on me that cheap garden tools from the local hardware store weren't my only option. the volume of great stuff in the store is a bit overwhelming, and if I had a bankroll I probably would have left with several truckloads of merchandise, but a couple of things really caught my eye: the Clarington Forge spades and forks, and the Gränsfors Bruks axes. I didn't have much cash at the time, so about all I could do was a whole lot of drooling and coveting.

fast-forward to 2010 when I got a gift certificate for my birthday to Hardwick's in Seattle's University District. the selection at Hardwick's isn't curated to be as consistently high-quality as at Smith & Speed so there's a bit more chaff to wade through, but the number of quality general use and fairly specialized hand and wood-working tools is substantially larger. there are hundreds of tools there that I would be very happy to own, enough that it took me two more years to actually make the decision. I went for the Gränsfors Bruks Large Splitting Axe. 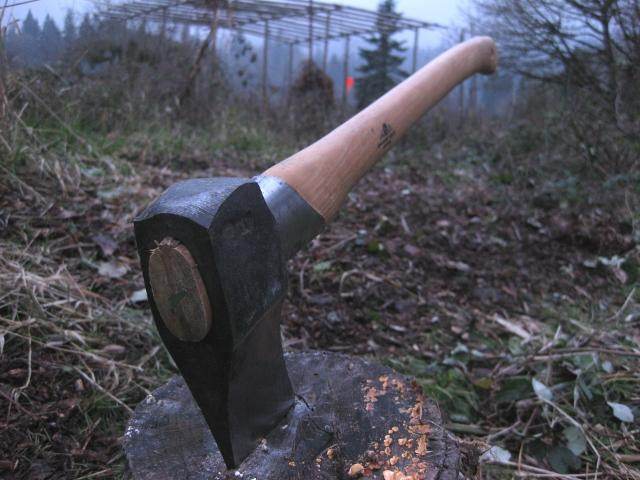 I'm not prepared to say that this is the best splitting axe in the world, but it's the best axe I've ever used for splitting and by a very substantial margin. at over $100 to buy, it had better be.

true to permies.com fashion, I've got a rocket mass heater, and at least one more in the works. I mention this because operating one can involve splitting a fair amount of wood. "but rocket mass heaters use much less wood!" you say. that's true. so I guess if I'm going to be more accurate, operating the RMH frequently involves splitting a little bit of wood a lot. so if I start with a reasonably-sized round of maybe six inches diameter, I might end up splitting it into 20 or more smaller pieces. the obvious choice to save effort is to use smaller diameter wood, but nevermind that, because the Gränsfors axe is a pleasure to use with large and small wood. it's got enough mass and handle to easily split fairly large rounds of hardwood, but it's light enough to split kindling with one hand. I use the same axe from initial splitting of the round all the way down to rocket stove size, and it doesn't feel like a compromise anywhere in the process.

a couple of details that I really like: the grooves carved into the end of the handle for grip and the steel collar below the head to protect the wood at a spot that would otherwise be prone to breaking. 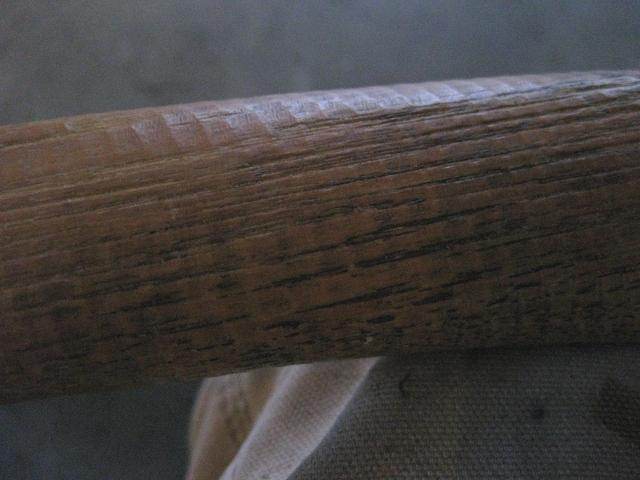 the grooves do the job of adding some friction without being uncomfortable to bare hands. the steel collar is especially important when splitting larger rounds where the handle might otherwise strike the round and crack. 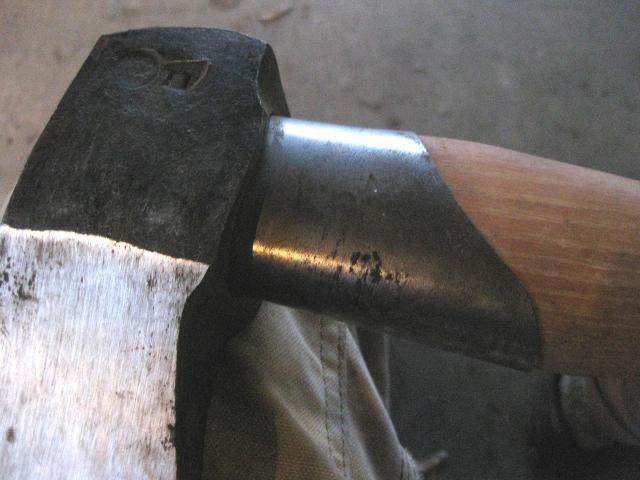 to be honest, I don't know a whole lot about what goes into making a good axe. I imagine the makeup of the steel used for the head is important, and the temperatures involved, and the final shape of the blade, and the wood for the handle, and likely a thousand other things that wouldn't even occur to me because I haven't been forging axes since 1902. Gränsfors Bruks has been and each of their axes is covered by a 20-year warranty. amortize it over 20 years, and the initial price tag doesn't seem so bad anymore.

it's probably clear by now that I'm pretty happy with this axe. I'm likely not the most qualified reviewer, as I'm not exactly a full-time woodsman, but I have used the axe at least a couple of times each week for the past year. if you do a lot of splitting, I would definitely recommend looking into a quality axe or maul. Gränsfors Bruks certainly isn't the only outfit making good axes, and I don't know enough to recommend them over other good forges, but I'm pleased as punch with the axe I've got.

apart from the hefty price, the only other negative that comes to mind is that it doesn't hold up well to clumsy friends. I made the mistake of letting somebody else use it so he could see just how great it is, and he glanced the axe off a round and solidly into a cinder block that was sitting nearby. took a little chip off the top corner of the blade, but it hasn't made a noticeable difference in performance. I'll address the problem when the rest of the blade gets dull, which could very well be several years from now. if you get one, maybe keep the axe to yourself. on the other hand, when the same friend also hit a metal t-post with the axe, it came through unscathed. 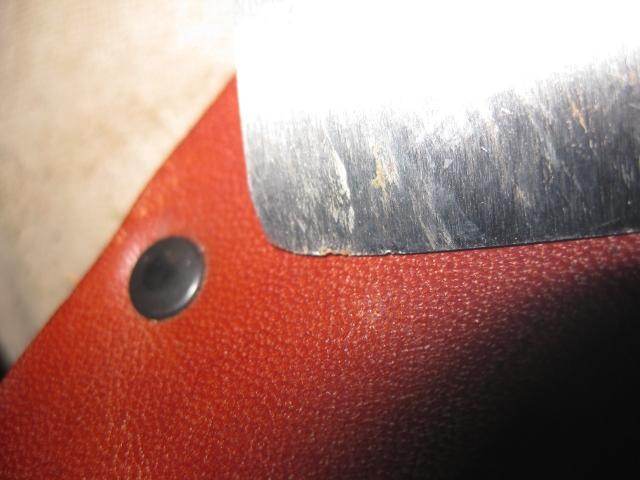 there is a reasonable case to be made that buying an axe that from Sweden might not be the most ecologically sound option, what with it being several thousand miles away from me, but the compromise seems alright. certainly better than buying several shitty axes shipped from somewhere else. maybe by the time this axe is worn out or broken, there will be a forge making quality axes a lot closer to me.


I'll try to keep this post updated as I have more experience with the axe. someday I'll have to sharpen the thing, and I'll post about that as well.

Kari Gunnlaugsson
pollinator
Posts: 308
10
posted 10 years ago
As an additional reference, Gransfors Bruks have 'the axe book' and 'the ancient axe book' available for free download (see the 'downloads' tab) on their website. These have good information on axe selection, use, and care regardless of what forge you might choose to buy from.

I wouldn't quibble with buying a quality tool from Sweden, when it could easily last for generations if used with respect. So many other imported tools have a lifespan of weeks, or hours even.

The cinder block story made me cry. Asking to borrow someone's axe is extremely poor form amongst those who really care about such things.

Thanks for the review!