This is my introductory post. My name is john Flower and I live in Palmerston North (population 80,000), New Zealand. I came across this forum via the article Organic Lawn Care For the Cheap and Lazy. That article has changed the way I care for lawns, mow high, water deep! Thank you Paul Wheaton.

I'm caring for a suburban lawn for the first time in 6 years. I want to know if I'm on the right track. I want a lawn that is a rich green colour, has a few flowers, that is feels good to walk on, and is suitable for kids to play on. I've a series of photos below showing the local climate, the backyard when I moved in (2012-12-28), what my lawn looks like today, and my neighbours verge (which is typical for the city I live). The total lawn size is 300 square metres and is a mixture of various grasses, clover, chamomile, yarrow, dandelions plantains, creeping plants, parspalum. That list of plants is my preferred order of prevalance. The soil appears to be more clay than silt or sand. The topsoil was laid about 15 years ago. I start striking stones every few metres after plunging my garden fork to a depth of 40cm, how deep it is I don't know. The original land was a river or marsh 100 years ago, but is now a stream after the water was diverted. Behind my house is a stop bank, stream, and then dairy farms and market gardens. In front is suburbia and city.

I intend to:-
Add further layer of mixed source compost/vermicast to the front, and verge. Hopefully 2013-04-13, or next fine day. Then raise the height of my reel mower, in stages, to 8cm whilst cutting every 2 to 4 days. Frequent to encourage a dense sward of mainly grass. Then back off to the 1/3rd cutting rule.
Maintain a height of 8cm-12cm forever.
Aerate again in spring. And again each autumn and spring until the soil appears healthier.
Fertilise annually with fish/seaweed hydrolysate in high summer and late autumn

Observations over the last three months:- 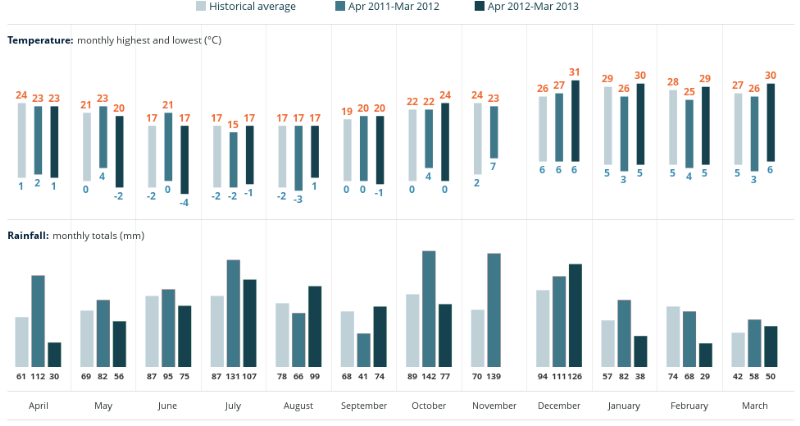 This is my backyard on taking residency 2012-12-28. This is after 126mm of rain in the preceding summer month of December. This is slightly below average quality for a lawn in my neighbourhood. 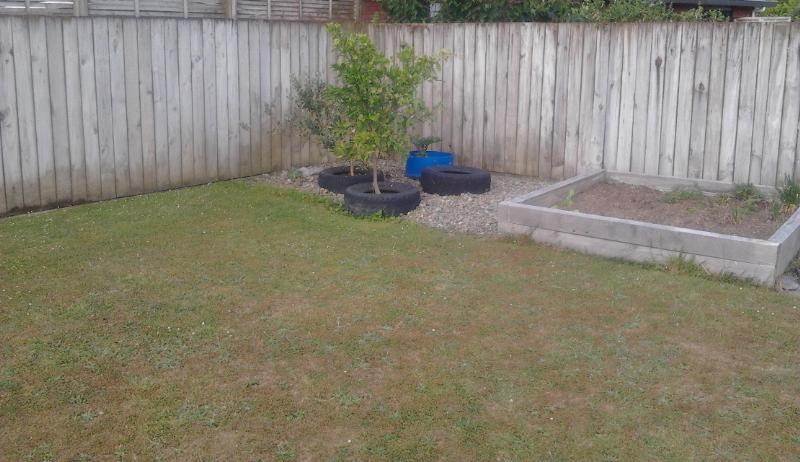 This is it today, after three months of record dryness. All of New Zealand has been declared by the government as being in drought. We have unmetered water, but currently can only hand water on alternate days for two hours between 7pm and 9pm. My water is from an urban supply dam and my usage doesn't affect farmers. It takes me four hours to water lay 25mm over 300sqm. The brown patches are from manual weed pulling, they've been seeded and covered with peat. 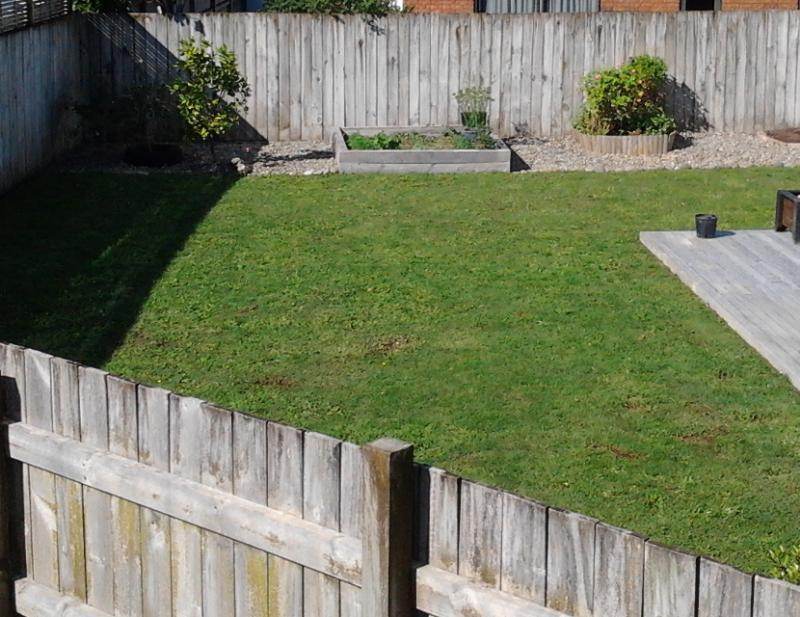 This is the front lawn. It is markedly better than the back. It is so because my wife twice cut the back down to 2.5cm, and because I aerated using a fork in January (which I didn't do for the back). My wife likes the lawn to be manicured. It took a while for me to gain her trust and have faith that by cutting higher the lawn would look better than ever. The front was how I proved it to her. I now have her blessing to raise the height further. Having said that I'd like a greater amount of our lawn to be grass. the lawn on the left was an instant lawn laid about three years ago. Whereas mine was laid 15 years ago. What you don't see is the patches on their lawn from spraying parspalum and other weeds with glyphosate. 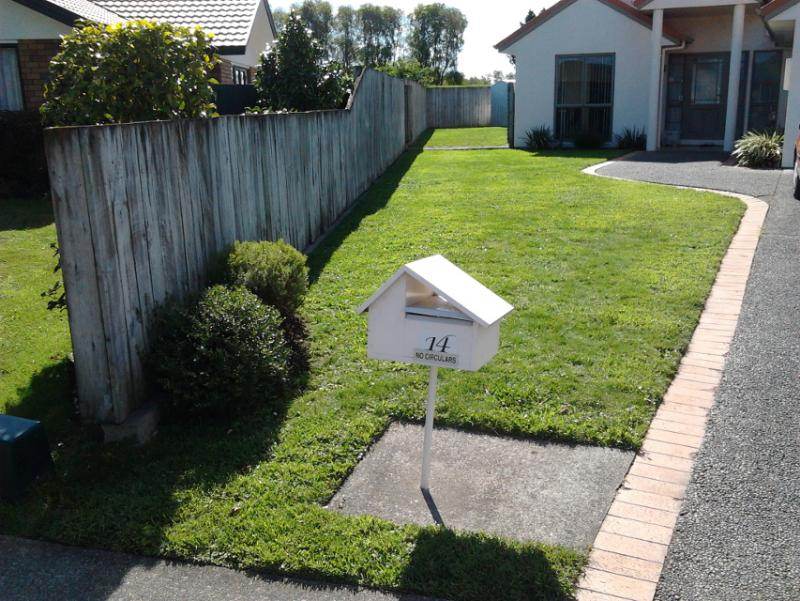 Another neighbours verge, today. Note how it has suffered from the drought, low mower height, and infrequent mowing:-

We are working with the same base soil. But cultural and fertilisation habits differ. The difference is visible.

The height of the lawn at the back, in two locations. Note that the lawn is mostly 5cm, but rather sparse between 5cm and 7cm:- 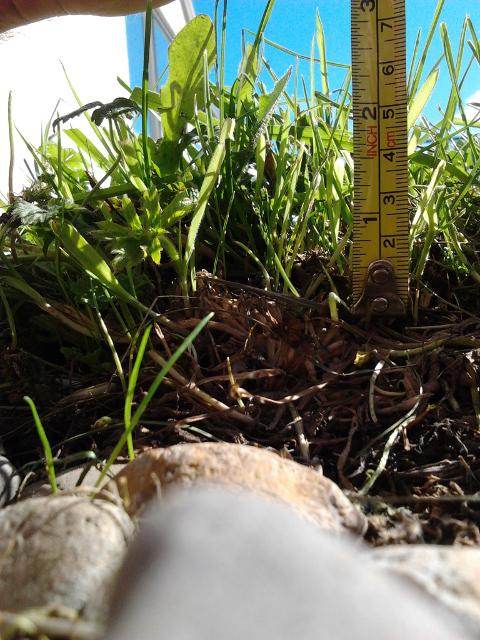 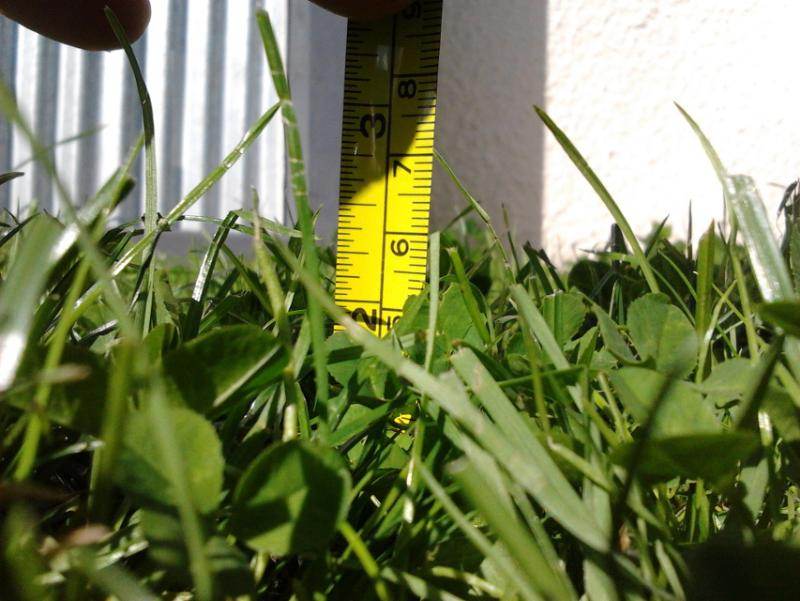 My big hope is that grasses, roman chamomile, yarrow, and clover will be the dominant plants in my lawn. Here are two pictures of my lawn showing the plants that are in it:- 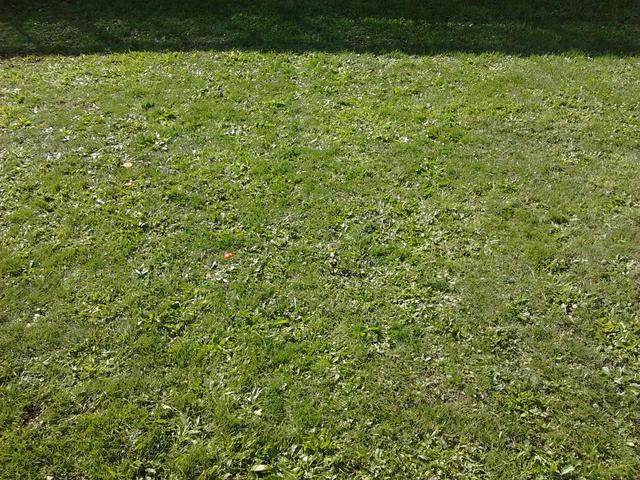 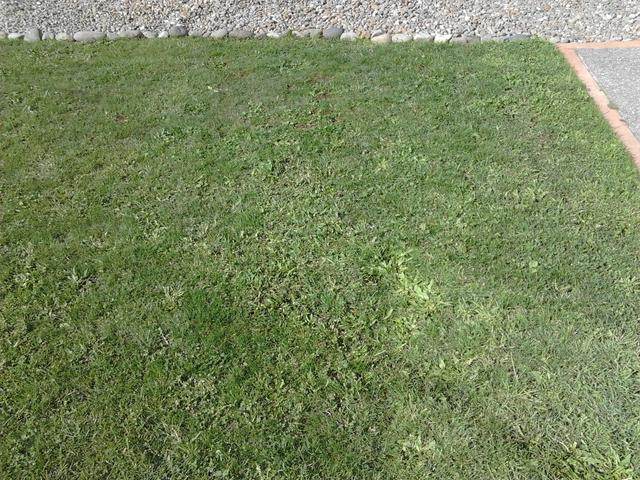 So, am I on track?
Given time will I have a great looking lawn, or will the plantains, parspalum, and various creeping plants spread?
Will the compost made from pine mill waste and chicken poo suck nitrogen from the soil? Or will the nitrogen in the chicken poo balance the carbon in the pine bark and twigs (I raked off most of the big bits).
chrissy bauman
Posts: 136
Location: Sunset Zone 27, Florida
I like...

posted 7 years ago
it's been my experience that the creeping weeds do spread and contaminate the perfect lawns. my yard is half weeds, but that's ok because the weeds are greener for more of the year than the grass is. my place looks like the neighbor's verge in your picture. i t might help to overseed your yard with different varieties of grass in order to help crowd out the weeds.
of course, the best solution is to have no lawn at all, just a lot of beautiful, useful, flowering perennials. i'm working on that slowly with my yard. hopefully in the next few years i won't have any mowing to do except for the easement, a small ribbon by the road.

Sounds like a little hand weeding of the creepers maybe worthwhile.

I've been overseeding weekly, with a variety of grasses, perennial rye (at least three cultivars), browntop, various fescues (including Chewings and Creeping Red), white clover, and roman chamomile. I don't know which cultivars. Most times I'm overseeding without covering, but I've also done it along with aeration and topdressing with compost/vermicast. I'm hoping that this frequent overseeding will help the grasses dominate. I do understand that unless I topdress and don't cut during establishment that I won't have optimal success rate. Am I completely wasting my money and time with this practice?

Turning my lawn into a garden is not an option for me. I am renting and my landlord prefers a lawn.

posted 7 years ago
Howdy John, welcome to permies! That is a pretty good first post. Lots of observation and documenting what you have seen.