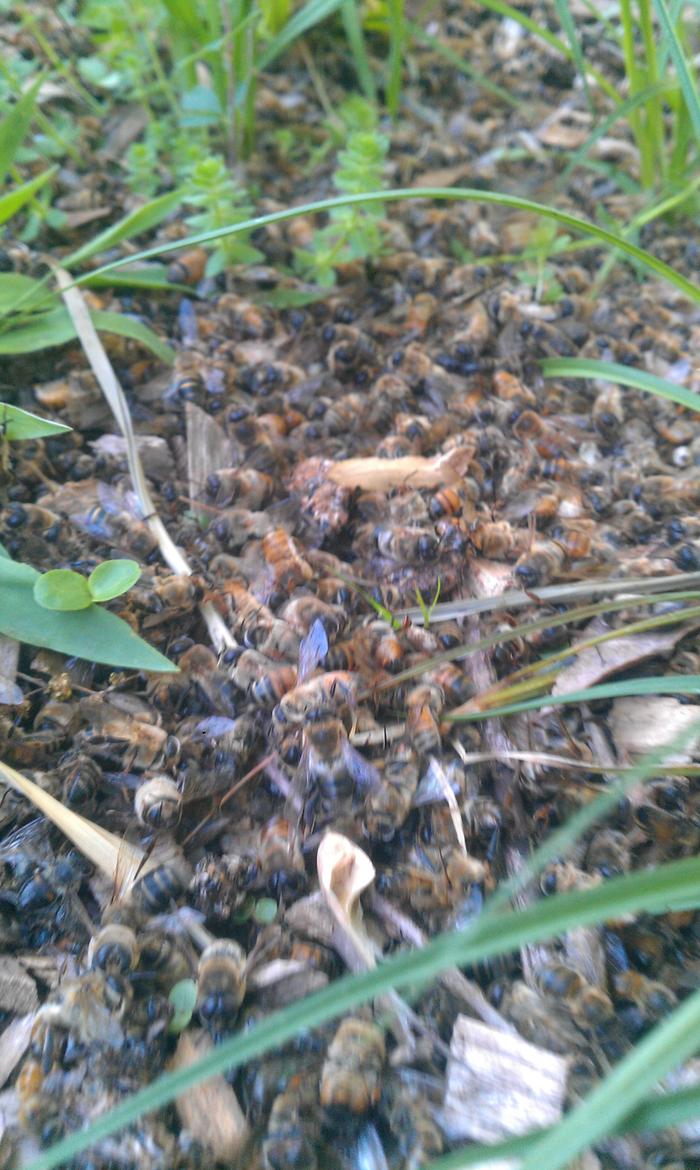 David Heaf
author
Posts: 24
10
posted 9 years ago
What a sorry sight! I've only ever seen photos of piles of bee corpses like that in pesticide poisoning incidents. It is worth freezing a decent sized sample of the bees in case it is later neede for tracing pesticide poisoning. If the bee authorities in your locality take an interest in abuse of pesticides, then they might later find your sample and photos helpful.

However, with sudden death like that there is just the possibility it is starvation, but if, as you say, you had just inspected, you would no doubt have seen if starvation was imminent.

Also, look for signs of diarrhoea which could indicate Nosemosis.

Tom OHern
Posts: 236
Location: Seattle, WA
12
posted 9 years ago
They were just cleaning out the hive. Bees that don't make it during the winter often climb to the back of the hive and die. The next spring, the remaining bees will haul the dead ones out and dump them on the ground in front of the hives. If you have got activity going on in the hive then you are probably fine.
john giroux
Posts: 154
Location: Cumming, GA
10
5
posted 9 years ago
They keep bringing out dead bees. I took a picture of the landing board. All that black stuff, assuming diarrhea? What can I do in the lines of treatment? Aren't there some essential oils I can feed them?
IMAG0578.jpg 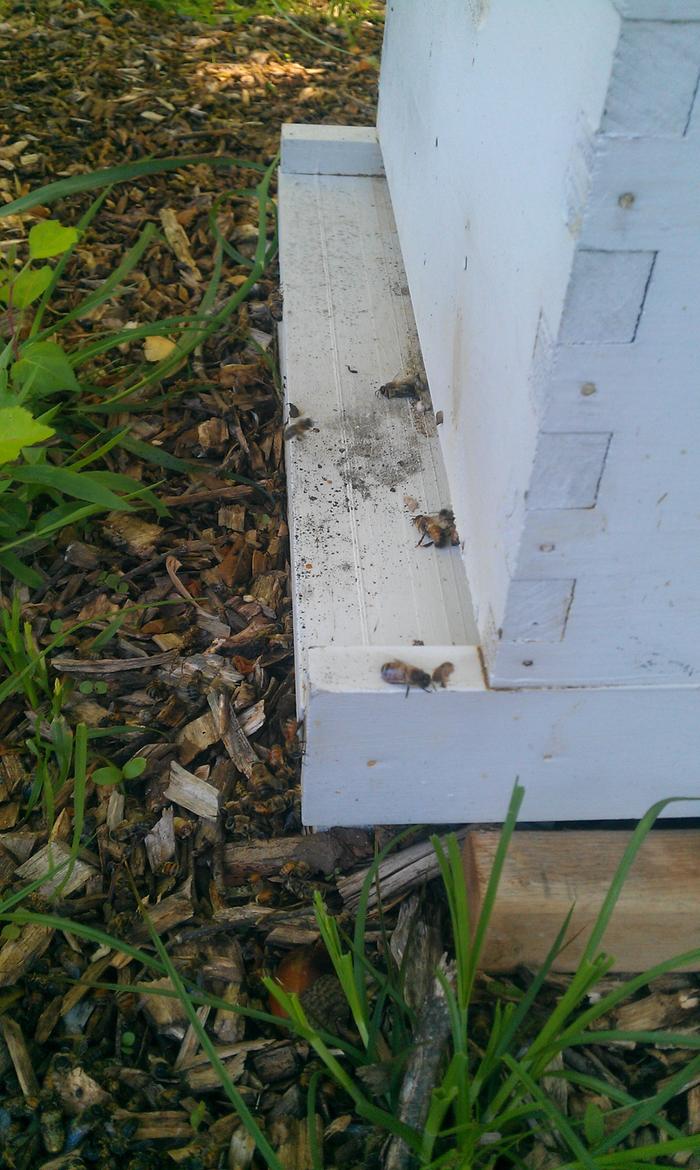 Tom OHern
Posts: 236
Location: Seattle, WA
12
posted 9 years ago
They are better at getting what ever aid they need from the environment than we are. As long as they are actively cleaning out their hive, I'd leave them be.

Judith Browning
Posts: 8015
Location: Ozarks zone 7 alluvial,black,deep clay/loam with few rocks, wonderful creek bottom!
1790
4
posted 9 years ago
Several years ago we had that many dead bees on the ground in front of a hive in a bit of a fan pattern exactly three weeks after our electric companie's "vegetation manager's" crew sprayed Krenite on blooming sumac while the bees were working it...in spite of repeated calls to them and SIGNS that said "do not spray" and the fact that we were maintaining it ourselves and allowed a few low growing shrubby things to grow. It was one of two hives someone keeps on our land. That hive was completely dead the other just fine and continues to be.

Tom OHern wrote:They were just cleaning out the hive.

Interesting suggestion that I had not considered. In 10 overwintering seasons, I've seen nothing like that. But then all beekeeping is local. John does not mention the type of hive he is using. I would not expect colonies in Warrés or Nationals/Langs to store up corpses in those amounts. But maybe in a hTBH (Kenyan/Tanzanian) the bees crawl into the feeding compartment the other side of the follower board and die there. If so, then in a severely cold climate undertaker activity might be delayed until a warm spring day.

Two factors make me doubt that possibility though. John G would no doubt have spotted piles of dead bees inside the hive waiting to be carried out. The corpses in the photo look very fresh.