Bees hanging out on porch

John Redman
Posts: 196
Location: Perkinston Mississippi zone 9a
23
posted 7 years ago
This is my first bee hive and I've had it for a little over a month. We are into our second honey flow and the bees have started gathering on the front porch of the hive. This started 2 weeks ago and at first it looked like young bees but now I'm seeing adult bees as well. Two days ago a bunch of them were flying around the entrance all crazy and confused, this lasted an hour. I figured they were going to swarm but haven't yet.
When I first notice they were hanging out on the porch, I went into the hive to check on them. They were working on the last two frames of a ten frame box, so I added a second ten frame box. I did not checker board the old frames with the new ones. They appear to have gone back to business as usual, other then the 30 or so bees hanging out front. A majority of them seem to be doing something in the crack where the bottom board meets the support that creates the entrance. Any thoughts, is this normal behavior?
image.jpg 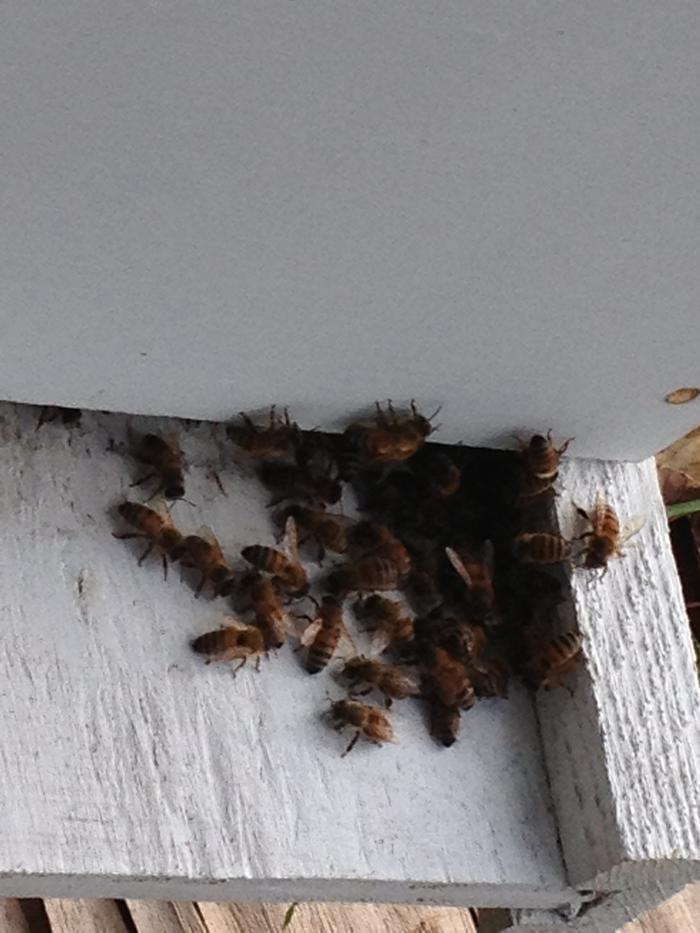 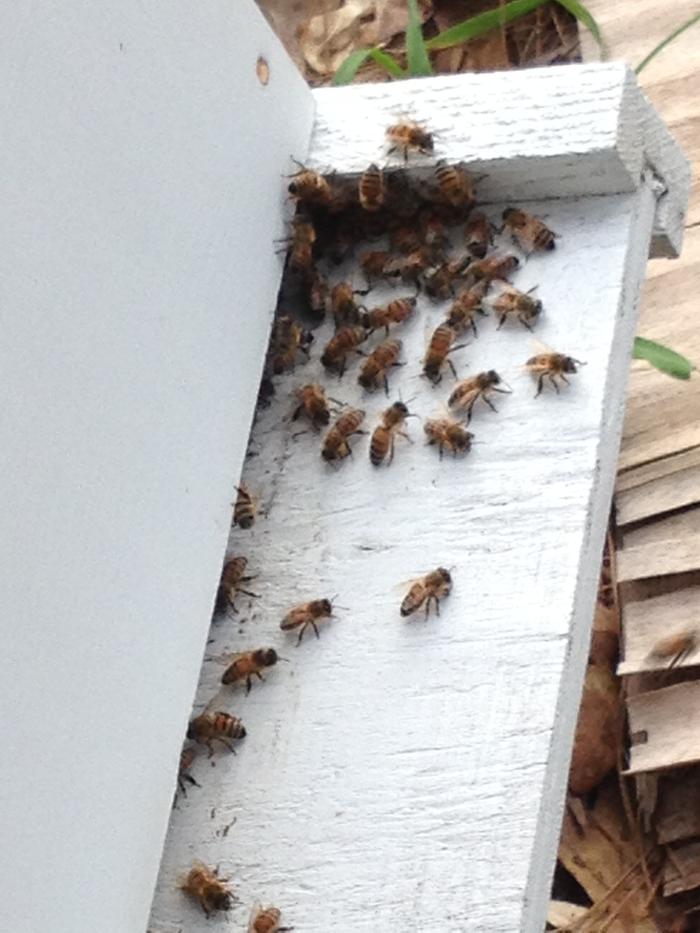 Paul Redmond wrote:A majority of them seem to be doing something in the crack where the bottom board meets the support that creates the entrance. Any thoughts, is this normal behavior?

sounds like they're sealing up the gap. bees don't like a drafty house, so they use propolis to fill any cracks in the hive. that's one reason hive components get stuck together after a while. if that's what's going on, then yeah, it's normal behavior.

the crowd flying around the entrance sounds like orientation flights. after bees have finished their time as house bees, they head out to try foraging. their first time out of the hive, they do one or more orientation flights. probably helps them locate the hive in their dramatically expanding range so they can find their way back with payloads.

looking at your pictures, I don't think they're preparing to swarm. here, for example, is a picture of one of my hives on a warm day. they did not swarm:

that's called bearding, and it's generally believed to be a response to warmer and more humid weather.

Posts: 3601
Location: woodland, washington
145
posted 7 years ago
not a great video, but do the crazy and confused bees flying around look at all like this?