Andre Lasle
Posts: 67
Location: Mille Lacs, MN
6
posted 6 years ago
I'm in my fourth year of raising hogs for meat.
This year I am finally taking the next step and have purchased a boar to start breeding my own stock year after year. American Guinea Hogs.

I also came in to a favorable relationship with my town's only restaurant and now get all of their foodscraps as pig feed.
I would like to continue lowering the amount of inputs on my small farm, so am looking for suggestions that maybe I'm not thinking of?

I do not have enough land to allow them to free graze, so options I am thinking of is growing some type of quick-growing forage that I can harvest and supplement thier feed with?

What are y'all doing to cut inputs with regards to pig feed?

Andre
Loren Cordle
Posts: 4
Location: NW Georgia
posted 6 years ago
I sprout whole grains as fodder for my pigs and chickens and they LOVE it. I harvest my sprouts when they are about an inch above root level, Some people wait until they are several inches longer. I would say that I get at least 150lbs of sprouted fodder from 50lbs of grain. This makes up about a third of their overall feed during the winter when there isn't much to be grazed. Barley is best, but hard to find so I have been using feed-wheat with good success. Black oil sunflower seeds also make great sprouts, but it is hard to find them for a decent price without being full of stemmy (spellcheck is telling me that this is not a word

..) bits which then turn to mush and promote mildew. A lot of folks say that their hogs do well on hay. I don't have any experience with this but you can always try it out. I imagine you would want a softer leafy hay as oppose to a thick stemmy hay since they are not ruminants.
Good luck,
Loren
Walter Jeffries
Posts: 1114
Location: Mountains of Vermont, USDA Zone 3
63
posted 6 years ago
We buy no commercial hog feed or hen feed. Commercially formulated feeds are the easy no-brainer way to do it. You pay extra to think less. As you start lowering your feed costs through other feeds you must pay more attention to details. It's a trade off.

Pasture is our cheapest feed.
Then there are the many vegetables and fruit we grow.
Winter hay is more expensive.
Some things we get like whey are fairly cheap but there is a significant hidden cost of setting up and maintaining infrastructure, transport, etc.
All these make a good varied diet.

A bit of global warming would go a long ways towards lengthening our growing season, reducing our winter hay needs and increasing cold weather growth rates. I believe in Global Warming. I'm for it.

The point is your local climate makes a big difference in this sort of things.

posted 6 years ago
+1 on the fodder system. You get much better rates of conversion this way.

Any fruit or tuber you can plant would be useful. Apples, Pears, Mulberry and of course sunchokes that the hogs would harvet themselves.
Nuts are also good, but you don't want to wait ten years before your first nut crop.
Also pumpkins and other squash, as well as melons would help.
Paul Ewing
Posts: 127
Location: Boyd, Texas
3
posted 6 years ago
Best long term solution is to increase your on farm production using a mix of annual and preferably perennial feed sources. I am slowly setting up a mix of fruit and nut trees on my place following information in Russell Smith's book Tree Crops. A PDF of the 1929 edition is here: http://soilandhealth.org/01aglibrary/010175.tree%20crops.pdf In my climate I am doing a combination of persimmons, mulberries, and pecans with some apples, pears, and peaches mixed in. The primary feeds are Mulberries in the Summer, pecans and persimmons in the Fall and Winter. Spring will be mostly clover, radish, and turnip pastures.

The idea of getting grocery waste and waste milk or whey is great, but you really need to check with your state laws. There is a good chance you will have to register your operation as a garbage or swill feeding operation. That is a major marketing buzz kill plus it put you into the system with lots of required inspections, regular blood tests on your breeding herd, and even more government intervention than normal.
George Collins
Posts: 88
Location: South Central Mississippi
1
posted 6 years ago
This year saw us complete a massive, multi-year project, the goal of which is to establish a sustainable environment in which we intend to raise pigs.

The project catalyzed with me learning about the potential productivity of chestnut trees. The first year (2010-2011) we planted 10 Dunstan chestnuts on a hillside in a ten acre field that had been mostly denuded of trees by Hurricaine Katrina.

Subsequently, I learned of permaculture and read Tree Crops by J. Russell Smith. From these resources, a vision crystalized.

I asked my father if he would be amenable to me reforesting this 10-acre plot with fruit and nut bearing trees.

Since that time, we've planted the following:

These are in addition to a few trees that were already there including but not limited to:
• 18 live oaks
• ~ 15 pecans
• 3 white oaks
• 1 hickory
• 5 beeches
• several water oaks
• oodles of native persimmons

The principle that guided the selection was the later a tree drops its crop, the greater the representation in the system.

The goal is to put the boar and sows together in late December/early January, farrow along about April, and wean in May. At weaning, the pigs will be thrown into this pasture where they will glean their sustenance as the trees drop starting their crop in roughly this order:
- mulberries
- peaches/plums
- figs
- pears
- apples
- chestnuts
- acorns/hickories/persimmons

Once the pigs reach a marketable weight and/or the last acorn is eaten, we will load them up and take them to the processor.

Assuming a substantial number of trees survive and come into full production, the only questions that remain are:
1. Will such a system work? And if so,
2. For how many hogs?

By planting most of the trees at twice the recommended spacing, this is the effect I'm hoping to achieve. 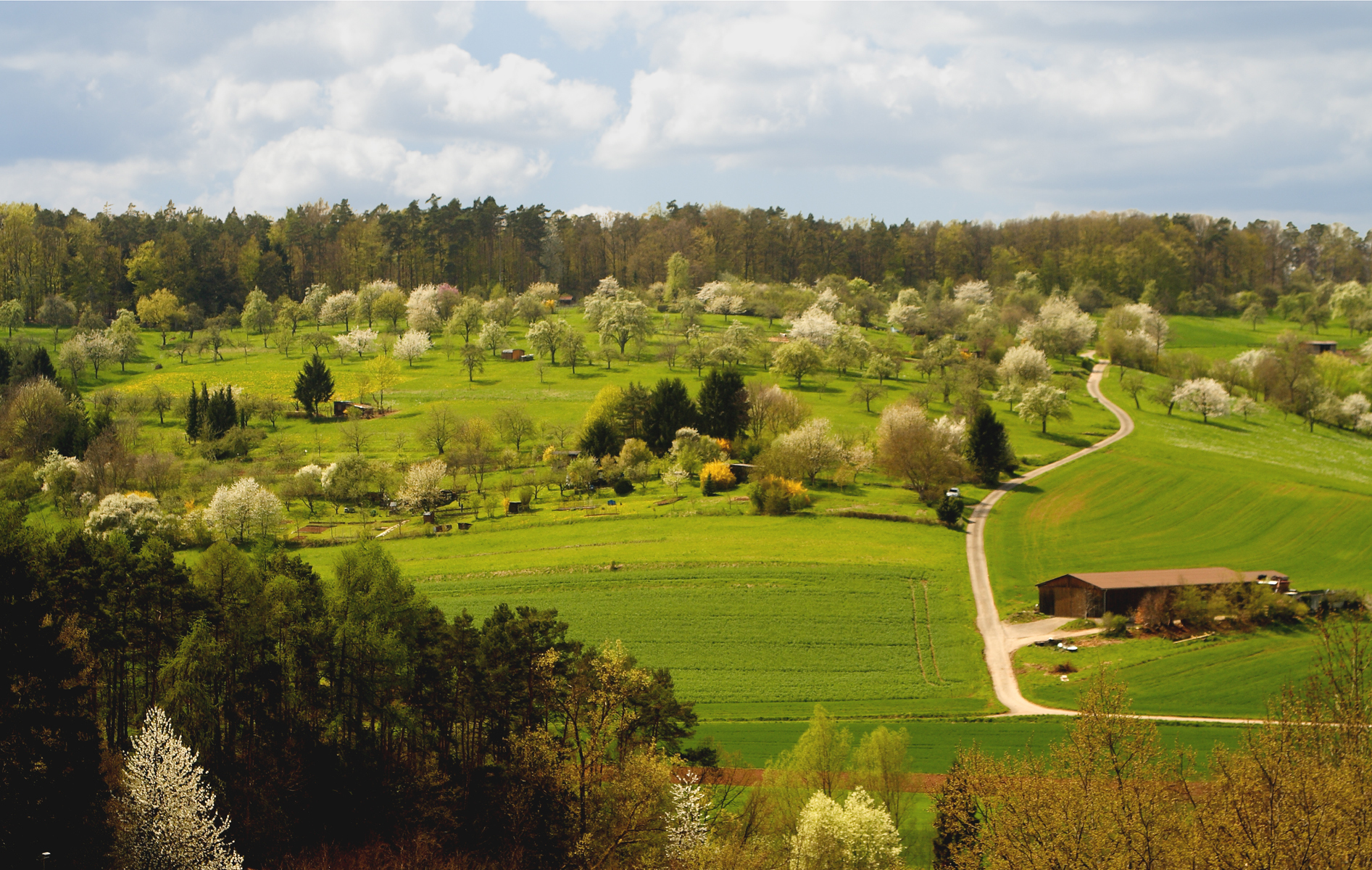 We depend primarily on the ground level foraging on grasses, legumes, brassicas, millets, chicory, plantain and such. All those trees should provide an additional bonus, especially as pastures fade into fall.

I figure on our soils, with our climate and our genetics without supplemental feeding I can raise ten pigs per acre using managed rotational grazing.

Paul Ewing
Posts: 127
Location: Boyd, Texas
3
posted 6 years ago
George that sounds like a great plan and what I would like to do more of in the future. We put out close to 300 apple, pear, plum, peach, and oriental persimmon trees this winter. I wanted to do a lot more, but I am trying to cash flow things at this point and ran out of ready funds and time to do more. I hope to do several hundred each of mulberries, persimmons, and pecans next winter.

The things I would think about doing on your place would be to add more mulberries for early season mast production. Smith says that a mature mulberry will support a hog for three months of summer. I have heard this from other sources as well. Another thing would be to look at grafting oriental persimmons on to your existing native trees. This will give you better production with the site adaptation of the natives plus a cheap way of increasing the numbers of Orientals in case you want to do any sales of the fruit. You can do the some thing with pecans by grafting improved varieties onto native trees. You need to go with the smaller varieties, but it will give you a potential extra source of revenue. In the end though, pigs work cheaper than harvesting crews and you can eat them when they are done.

George Collins
Posts: 88
Location: South Central Mississippi
1
posted 6 years ago
Paul, that is excellent advice. I am sure that I will act on some or all of it in the next year or so.

I actually meant to put in a few more mulberries this past year but time ran out on me.

I guess a more accurate way to say what I did is that our plantings are substantially complete.

Tim Wells
Posts: 120
Location: Essex, England, 51 deg
1
posted 6 years ago
pasture rotate, plant up and reduce the stock rate to what the land can sustain. Buy a bit of feed, there's no need to be strict, you buy other stuff, just buy a bit of feed.