Amedean Messan
pollinator
Posts: 928
Location: Melbourne FL, USA - Pine and Palmetto Flatland, Sandy and Acidic
44
posted 6 years ago
A good friend of mine works with a non-profit charity called S.A.F.E. where they are looking to expand their cold food storage capacity for perishable foods grown in community gardens. Long story short, she informed me that they were going to build a large walk-in refrigerator using a modified window AC unit with a programmable after market thermostat called the CoolBot shown in the image below. The project has a $1000ish price tag that is not overly optimistic. Industrial units with a similar capacity cost as much as a new economy car or more, but also I have read that many of these units actually require more electricity than the DIY systems interestingly enough. Its a simple device, merely fooling a standard wall unit by heating the temperature sensor. 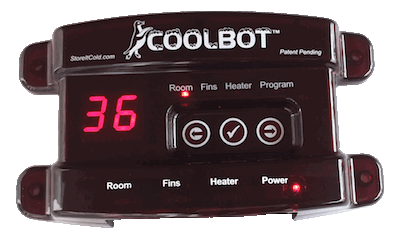 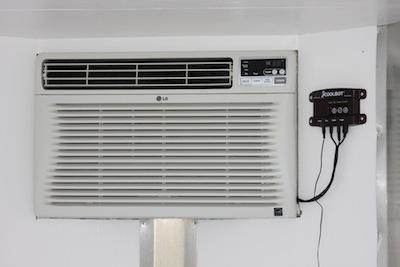 There is a lot of appeal in building large cool storage units for food storage. An advantage in how the CoolBot or any similar product (if any) is that maintenance costs are minimal with the simplicity of the design. I posted a video uploaded by a small farmer presenting his build.

The video below was a project completed from UNC which demonstrates a portable system using the same concept.

Posts: 7926
Location: Currently in Lake Stevens, WA. Home in Spokane
323
posted 6 years ago
Have you seen Paul's YouTube about the Cheese Cave?

No I haven't but there it is! Cool.
Earl Aarsrood
Posts: 14
Location: Wisconsin zone 3/4
posted 6 years ago
I know a farmer who uses this method quite well for a walk in cooler thats about 15 x 20 x 10. One thing to watch out for is the temp wires can be bumped and the temp control going haywire, but that probably can be dealt with in the design. I'm not sure how much it cost but if they can get a lot of the components donated it will be a cheap and good walk in fridge.