What is wrong with my Swiss chard

Adam Buchler
Posts: 70
Location: New Jersey
posted 5 years ago
I am in NJ growing Swiss chard in a raised bed under partial shade. There are little brown spots forming on some of the leaves...any ideas what this is?
image.jpg 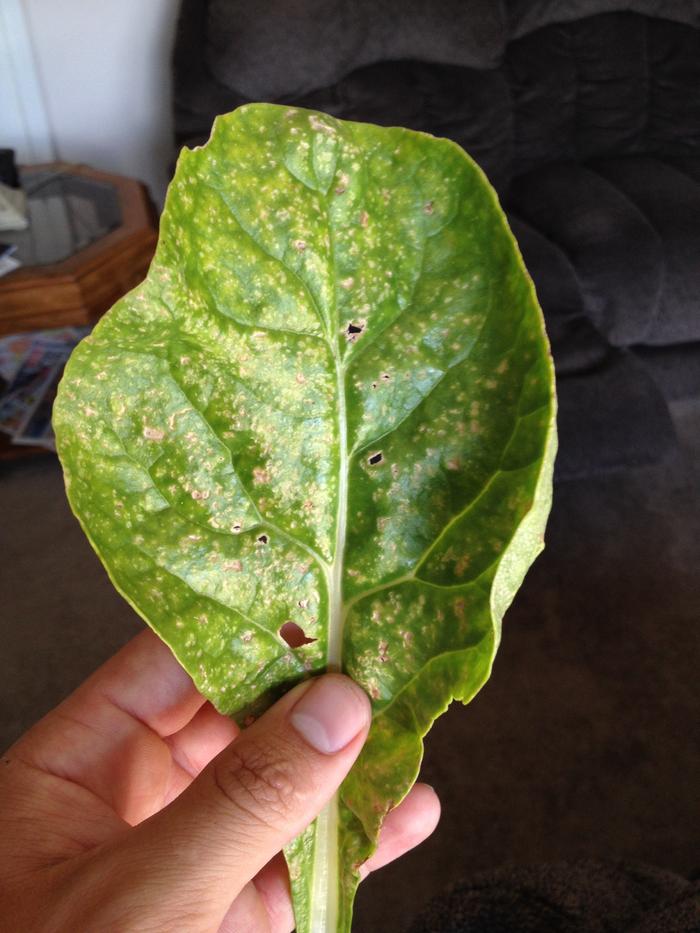 John Elliott
pollinator
Posts: 2392
87
posted 5 years ago
I don't think it's a matter of what, but a matter of who. As in "who are these bugs that are putting holes in my chard?"

I've had Swiss chard that got almost completely defoliated in early summer by some insect nasties. I would spray almost every day with the neem oil to try and knock them down, but damn were they persistent. Apparently they were there for just one mating cycle, because later in the summer, they left and chard was able to recover.

That happened two years in a row, so now I have wised up and Swiss chard is a vegetable that I plant in the fall and raise through the winter.
Ken Peavey
steward

Do you have cucumbers planted nearby?
Do you see any aphids on your chard or any nearby plants?
How is the weed situation?
Do you see this only on the chard or on anything else?

Do you have cucumbers planted nearby?
Do you see any aphids on your chard or any nearby plants?
How is the weed situation?
Do you see this only on the chard or on anything else?

I guess I should have said yellow spots, not brown. There are only 3 cuc plants and they are about 30-40 feet away and they are only about 10" tall because I was late planting them. I have not seen any sign of affids. The spots are only on the chard, nothing else. No weeds at all. I mulched with a mix of leaves saved from the fall and fresh grass clippings. Is it safe to eat? How can I remedy the situation? This virus is spread by affids?

Posts: 2482
Location: FL
108
posted 5 years ago
I'm thinking cucumber mosaic virus. Aphids are a known vector, as are weeds (probably as an aphid host). Proximity to curcurbits and the presence of other infected plants would be an indicator. Not quite enough info here to make a diagnosis.

If it is a virus, removal and destruction by fire would be my advice. Mosaic resistant cultivars would be an avenue to pursue.