james Apodaca
Posts: 57
2
posted 6 years ago
I have this weed growing in my garden that threatens the very existence of the plants within.. after every rain i swear it grows explosively by several feet.

I'm in coastal central Florida USDA 9B if that helps.

Further more, what resources, tricks and techniques are you guys utilizing to locate information on plant ID's? 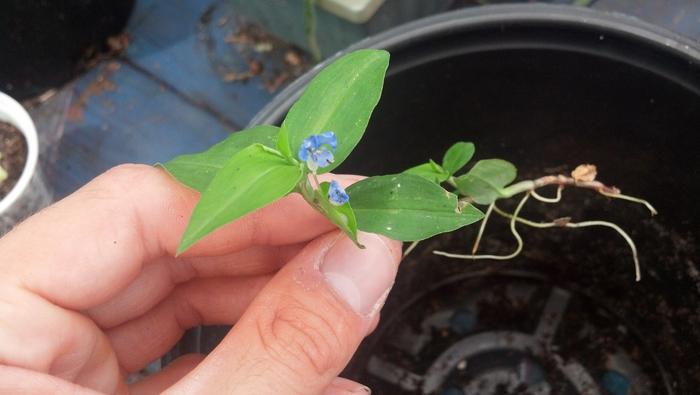 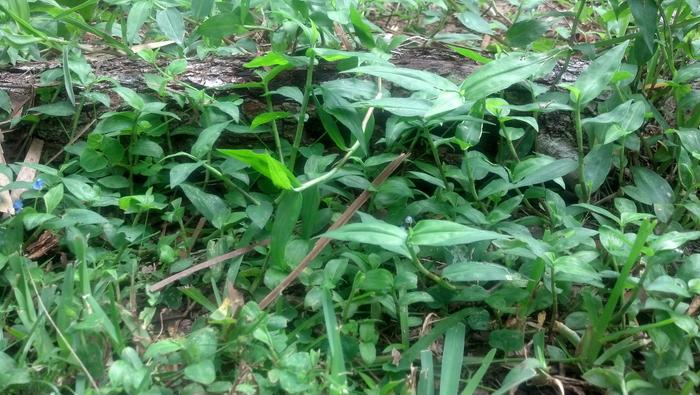 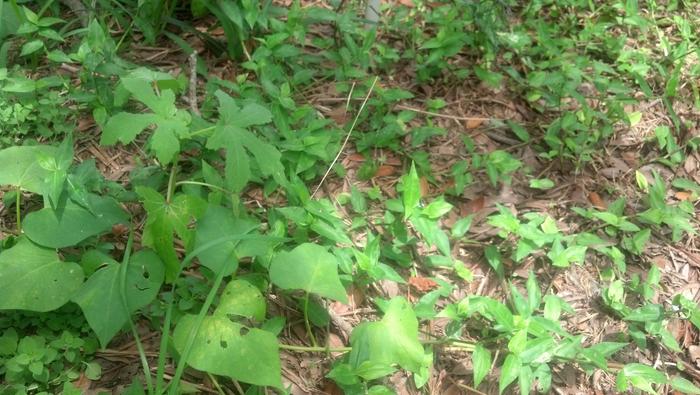 Alex Knight
Posts: 7
posted 6 years ago
That would be a dayflower.
Zach Muller
gardener

posted 6 years ago
I think Alex is right, some type of day flower. Heres a thread with some dayflower information.
Leila Rich
steward

Posts: 3999
Location: Wellington, New Zealand. Temperate, coastal, sandy, windy,
103
posted 6 years ago
It definitely looks like tradescantia to me, which works as it's the same family as 'dayflower'.
Are there 'joints' (nodes) at short intervals along stems, and the whole plant snaps into a million pieces extremely easily, especially at the root?
tradescantia will grow from any little piece with a node, so it's vital to do a really good cleanup job.
If it's grown into a thick mat, it can be rolled up like a carpet, then spread in the sun until it's completely dried out and composted.
And I mean definitely dead, or it will just eat the compost

tradescantia used to be commonly known as 'wandering Jew' in NZ, but it's often called 'wandering dew' now-
Maybe because 'wandering Jew' sounds a bit...xenophobic or something.
And also because it collects/protects a lot of water under itself.
It's considered a real problem in our native bush as it grows into a seedling-excluding 'mat'.
I've read permaculture conversations where Geeoff Lawton recommends it as a food forest groundcover though...
I'd certainly never plant it on purpose!

james Apodaca wrote: what resources, tricks and techniques are you guys utilizing to locate information on plant ID's?


I don't use specific databases.
I'd do something really un-hightech like closely observing the plant, picking out its unusual features and entering them into a search engine.
Mind you, I just did that with as many of tradescantia's features as I could think of-
it was there, but buried in 'what is this weed' type PDFs that I'd then have to dig through