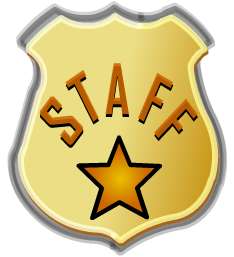 Music
As a lifelong musician, including teaching people of all ages, I find it particularly sad when people of any background attempt to limit what music is and is not. There actually is no limit to human expression, and it can and will always take whatever form it craves. Spoken word, hiphop, opera, jazz, classical, noise, can all be wonderous and beautiful expressions of music/humanity. Not being your cup of tea is fine, but wholly rejecting And condemning it is plain Sillysillz.. esp if you know nothing about it and its culture. Anyways this the latest piece i looooove [youtube]https://m.youtube.com/watch?v=g3roJMUtfac[/youtube] both guys play such lyricism.
show more
1 year ago
music
Analysis soil/compost/compost tea with a microscope
the next step after microscopic examination  depends on how you use it, but it is by no means absolutely needed to be a good gardener. You could use it to verify the microbe levels in different areas of your land and plant accordingly, or verify that your compost tea methods are optimized so you aren't wasting time and materials.

I personally used my scope extensively to get really good at making compost tea, and learning the details and conditions in which the microbes thrive or die. After i did that for a while my microscope started getting used alot less frequently. I can know by smell that my brew is good, and lately Im not even brewing much. Even still it was a good tool to learn about soil life and how to keep soil organisms happy.

I think alot can be gained from having one, but Microscopy is not for everyone. Im not sure I would have done anything drastically different without one, but it brought joy and first hand knowledge of the microscopic level into my life. To me first hand experience on that level gave me confidence with growing and parsing through the massive loads of information out there.

Good luck, if you look closely in lively soil you can see alot either way, theres bunches of bigger bugs too.

show more
1 year ago
soil
Analysis soil/compost/compost tea with a microscope
Tim Wilson has a lot of available resources both free and purchasable. You can find them Here at his site
If you have a worm farm or worm castings and follow his recipes and methods for brewing, it is as simple as getting a dropper, slides, and microscope. You will most likely be able to quickly make a rough ID of fungal hyphae, flagelletes, and very small bacteria/archaea with his free videos.
show more
1 year ago
soil

I'm not putting down the idea or use of compost tea, but I have been building my soil here for many years and it is in VERY good condition.  Good tilth, great mineral balance and great fertility.

That is a great place to be, i hope the various soil qualities around my grow area will get that way here in a few years. Maybe the tea will help it get there faster? My back garden bed was rented out to a vegetable grower before i lived here and because of their practices the soil was left super compacted and filled with stuborn grasses. Ive had better luck growing veggies in the shade than in that area.
show more
1 year ago
composting

Compost tea pump recommendations
I have always thought of compost tea making as a way to multiply your good compost. My household does not produce enough worm castings to cover the entire growing area, so multiplying the goodness with tea making is a good option.
show more
2 years ago
composting

Compost tea pump recommendations
In the back of my notebook I have a partial design for a passive compost tea pump. The gist of the idea is a large steel frame with two sealed 55 gallon drums mounted on a lever that could be locked. The air pumping action would come from water in the upper drum leaking down into the lower drum and displacing the air inside, once it drained fully you would jack the full one up and the now empty one is on the bottom having the air displaced. The operator would switch the position of the drums to keep the pump constantly running. The details of the actual hardware and mechanics are rough at this point, but I imagine a jack/lift or lever mechanism to make lifting the drums back and forth easy enough.

More in the spirit of this thread I commented 2 years ago that the ecoplus 1 was a good pump, I still think that, although it is loud. I have since been using an Ecoplus 3 and its been good, but loud as well. It is suitable for 50-100gs.

show more
2 years ago
composting
When to harvest wild lettuce for pain tincture?
I am afraid the only way I know to get truely medicinal strength from this plant is to harvest the sap from a live plant, during later summer. If it is not the sap in that specific time frame I would consider it a strong food thats really healthy, but not really a pain relieving medicine. If you already cut the plants, just chop it and let it dry for use as a tea. This is just how I use the plant, others may know a better way. I love this plant.
show more
2 years ago
medicinal herbs
Permaculture version of bazylland
Not sure if it exists, but as far as teaching children about permaculture, i think something like bazylland would be great. My son is obsessed with animals, farming, trucks, and bikes. Turns out he loves watching these bazylland videos showing farming, orchard care, tractor building etc. I was just waching with him thinking about how i wish it was a farmer caring for a permaculture system with aquaculture rather than a colombine harvesting a monocrop. It would be amazing if someone with the skill could do that!

In case you have no idea, bazylland is a kids youtube channel https://m.youtube.com/channel/UCfI1cD9PdHiz1gIwRkFVcrA
show more
3 years ago
kids
Wheaton's Law (Don't be a Dick) Corollaries 1-4
You had me laughing at, "wheaton's dick score".  A simple tool to move to a larger point. "

Pallet-Wood Raised Bed Concept
My advice is to build it and observe how it does. You have obviously done a lot of design work and some consideration so just see how it goes. By observing the result you will gain the most from this idea.  Raised beds work in some climates, hugels work differently in different climates, etc. getting out and gaining experience is #1 in my book, because you might succeed using a method i would fail at using.
just give it a go! I like the idea.
One thing to look out for is pallet wood thats been treated with anti fungal or some chemicals. In my experience with pallets this level of care is rare(usually about as cheap as they can make them, no need for treatments just throw it away mentality), but ive heard it can happen.
Goodluck
show more
3 years ago
permaculture