Sounds like the Polish guy doing my B-in-law's 3rd Flr remodel. Wacik(sp?) by name. 65 some odd, works 16 hours a day 6-1/2 days a week, owns 3 small apt buildings, gets pissed when B-in-law tries to get him to stand down for a joke and a beer. (Might be my BIL's jokes, though...or his beer <g>). Wacik ends up doing it his way most of the time, though he gets a little conflicted when I show up on the scene - fortunately we usually agree. <g>

I think the suits call it "account management". My version for service plumbing (you get pretty motivated this way when you're essentially working piece work and not paid for travel) is - never talk about anything but the job to the customer and start talking before they do as they open the door: "Where's the plumbing problem, Lady?" And "What did you notice first?" And similar specifics to get the facts while not wasting time on (or even mentioning) their personal interpretations. Worked wonders mostly but for two or three guys who got a bit disgruntled over lack of audience for their personal insights. I gave as fair a shake as possible and occasionally took shit for it from the company but that was my business, not theirs, and it all happened _fast_. And I got to talk straight which was one of the real perks of that particular job.

But that was a particular situation where the customer had cheap insurance and the fix-it guy (me) got paid by the company and not them. The rules of that game were cut'n'dried in one of those 20 page piles that we have to sign to live these days and _I_ knew the rules. I just phoned the company first sign of "confusion" and handed the phone to the home owner and proceeded on with the necessary work. IOW, the customer was fairly constrained. Your situation probably requires more, ah, empathy.

Dale Hodgins
Posts: 9002
Location: Victoria British Columbia-Canada
694
posted 7 years ago
The customer chose a contractor and rolled the dice. He lost. It was an absolute joke. The guy sent lackies who were very keen on avoiding any sort of hard work or quality workmanship. They dug the drain pits 1/6 the sizes that we talked about and they got crushed rock all over the lawn and in the flower beds. The machine tore up the lawn while digging little holes that a man could hand dig in a few hours. My customer has health issues that affect his judgment. He took a lot of medication that day and he paid for the work when it was incomplete. Most phone calls were ignored after that. They came back for a pile of dirt and some stray tools, but never did return to clean up the mess. When we walked around talking about the job in the beginning, the contractor showed where pits would be. They were to be large enough to accommodate all rock and broken concrete on site. Everything was to be backfilled. None of the waste aggregate was used and no backfilling was done. The guy who laid the pipe did a decent job. All other work was shoddy or not done at all.

This all happened on a day when I was away until 2 pm. I had no luck in convincing the customer that things were going very badly. He spent $4000 on about $1500 worth of work. The contractor who priced the job was never seen again. All communication went through an underling who pleaded ignorance. Whenever quality was brought up, they talked about the lack of permits ( a not too veiled threat).

I stand by my method of hiring only by the hour and disposing of anyone who is useless right away. This job proceeded perfectly, until control was given to someone of low character.

It took a week to clean up their mess and finish the job.
IMAG4872.jpg 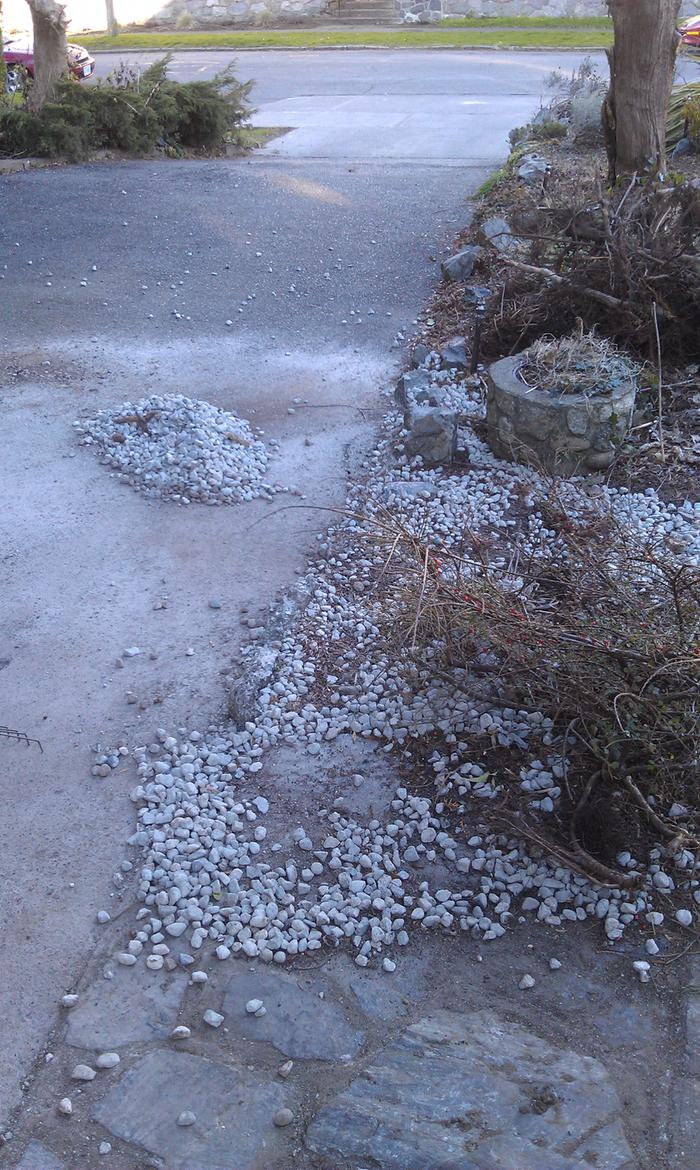 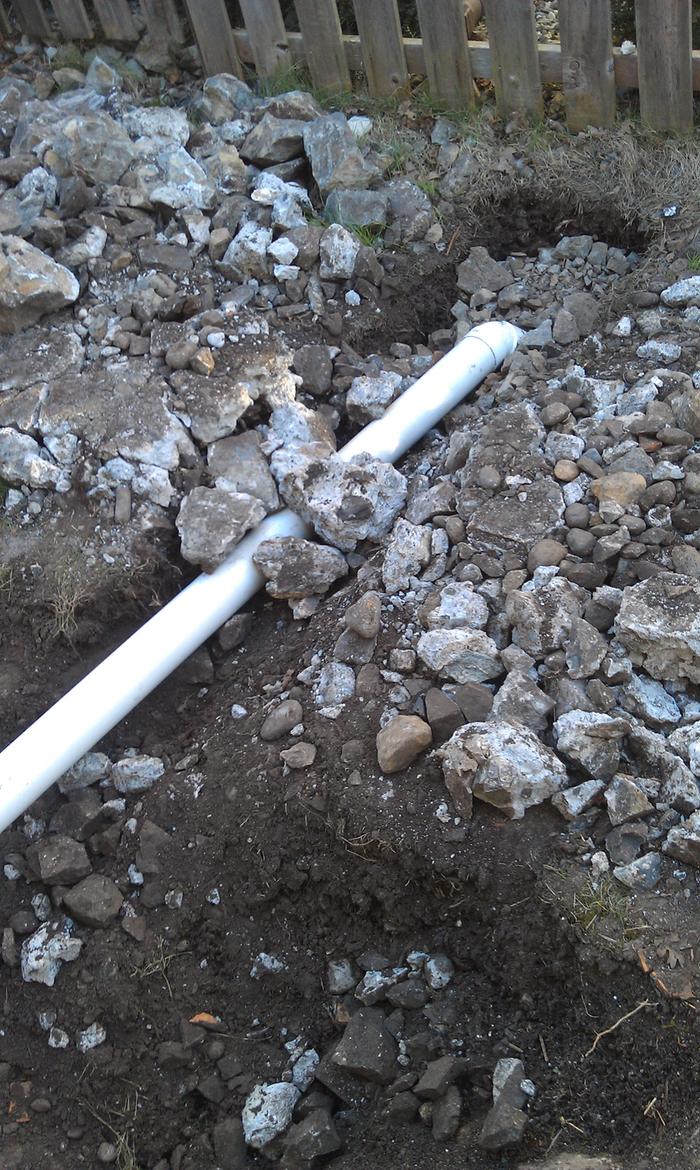 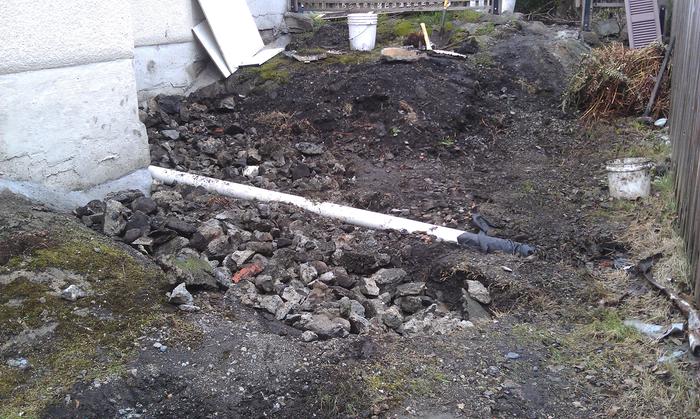 So sorry your client had to go through this....

I will say for the record, that by the hour or contract...there are bad apples out there that do poor work and take advantage of folks like you client.

I still profess that "professionals," in most guild crafts and related occupations, work by a set metric (contract) and what clients really need to have before hiring is really only 3 major parts:

1. References with photos of work done.

2. A set contractual price or ceiling of maximum amount the work will cost.

3. A pay schedule of no more than 1/3 up front and final payment(s) are held to job completion and satisfaction.

Those little steps in vetting contractors would save this kind of thing from seldom happening...

Your client is lucky to have you come back to help.