How to clear my acreage with animals?

Jayden Thompson
Posts: 121
Location: Danville, KY (Zone 6b)
posted 5 years ago
I recently bought my first rural acreage - 12.5 acres in eastern Kentucky. The pastured land (about 9 acres) is quite overgrown. It previously held small amounts of cattle, but that was undergrazed and even that was a few years ago. So the previous owner just had a neighbor come over and bush hog the place once or twice per year. I don't think even that was done this past year.

So now I have 9 acres of overgrown grass, weeds, and some small bushes. I could easily pay $200 and get it mowed down, but I was thinking a better approach would be to put some animals on it and let them do the work (and give me free food for their kind service). What animals would you all suggest based on what you see in the attached picture? I was considering a hog or too, especially since we have a large dried out pond in the land that could likely benefit from the hogs doing their thing to seal the pond. But would some other animal be better for clearing the land I have, and grazing on it in the future? 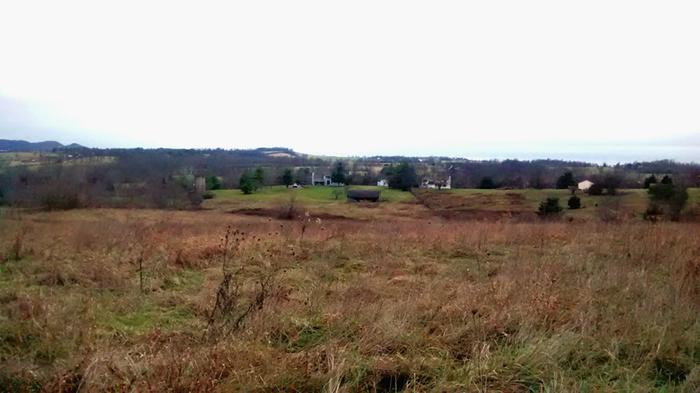 posted 5 years ago
You may want to add a brush eating animal to your hogs, an Alpaca, goat or ? This will help with the taller more fibrous plants.
The good news is fence that is hog proof will hold the other grazers no problem.
R Scott
pollinator
Posts: 3584
Location: Kansas Zone 6a
86
posted 5 years ago
Even one cow is a major investment these days, so you do what you can with what you got, but the more species you can get the better. Goats, sheep, cattle, and hogs all eat different parts of the ecosystem.