Think of this car as kind of a glorified go-kart. It's weight is so significantly stripped down, that just adding back in modern safety equipment alone would push it down into the 150mpg range.

Then there's the fact that the engine is only designed to go 30mph on a closed, circular course. The car would have no real acceleration or maneuvering capability with the way it's designed. The modern versions of these cars have been able to exceed 3145 mpg in these closed-track tests, but you wouldn't want to deal with the trade-offs they are forced to make:
http://en.wikipedia.org/wiki/SAE_Supermileage_Competition

Then, there's the engine design. There's no way this thing would pass emissions. Unfortunately, low mileage doesn't always have a direct correlation with low emissions.

Me? I'm pinning my hopes on the upcoming Air Car, with a hybrid air/gas engine that gets 106mpg. It should be hitting the US in late 2009. 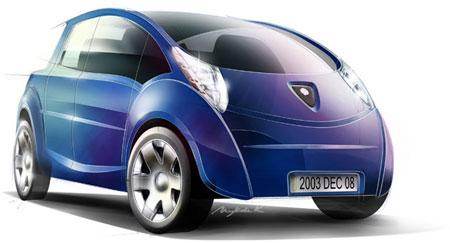