posted 5 years ago
so we've been digging mini Krater gardens for fruit tree planting. Most of them have sand and rock about 2 feet down but one of them is 2 feet deep and it's a black kind of clayey substance. This krater is holding water like a champ. Levels haven't dropped at all whereas all the other holes about we had filled with water are showing significant decline. I have 2 opinions on this. 1 is that it's fine to stay as a pond but I'd want it deeper. Then we'd just plant around the perimeter. The other opinion is that this really just wasn't supposed to be at that location and I'd like to not have a pond there. Want to be flexible. If all the dirt in that area is going to hold water I see no point trying to fight it. However, 2' deep just isn't deep enough for that. We were digging with the tractor bucket and then deepening and refining with the excavator. So I guess I'm not sure what this post was about. We'll dig it deeper and see what happens I suppose. If it remains a pond after deepening would you feel comfortable planting fruit trees all around it??

I imagine it might be possible you hit a layer of decayed organic matter, and if you dig deeper, you may penetrate it and once again have a hole that holds no water.


I have two ponds that are both only about 2 feet deep and they work just fine for holding water and some fish.

Maybe just dig WIDER, not deeper if you want to try it as a pond.

Cris Bessette wrote:
I imagine it might be possible you hit a layer of decayed organic matter, and if you dig deeper, you may penetrate it and once again have a hole that holds no water.


I have two ponds that are both only about 2 feet deep and they work just fine for holding water and some fish.

Maybe just dig WIDER, not deeper if you want to try it as a pond.

The problem with 2 feet here is that it will most certainly freeze the whole way through. I'd need a minimum of 3.


oh, sorry, I didn't see your zone when I wrote that.

Maybe you could somehow do a core sample? (To see how deep the black stuff is?)
elle sagenev
pollinator
Posts: 2393
Location: Zone 5 Wyoming
356
I like...

posted 5 years ago
We did dig some out. I will keep what I can of it so I can seal the ponds I do want. This was just a very interesting discovery for us. What with all the rest of the ponds being rock and this one being...well like this. I have pics. 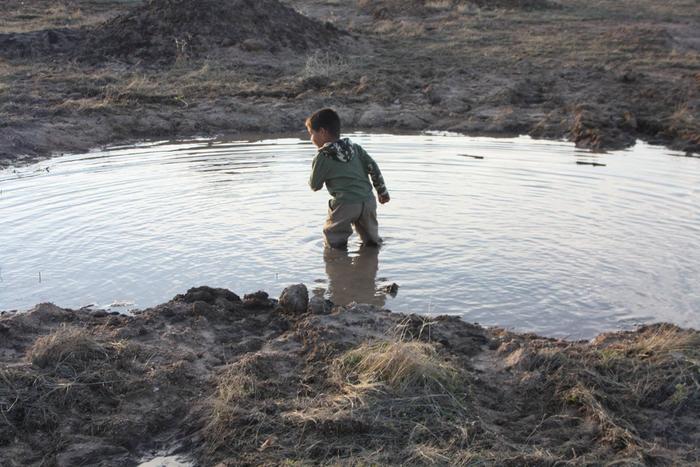 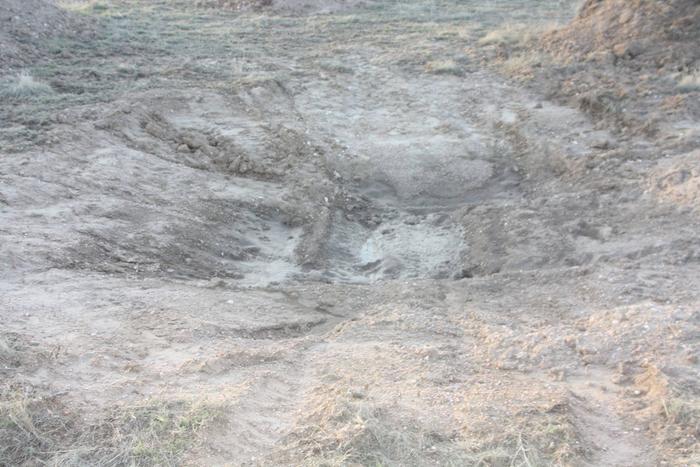 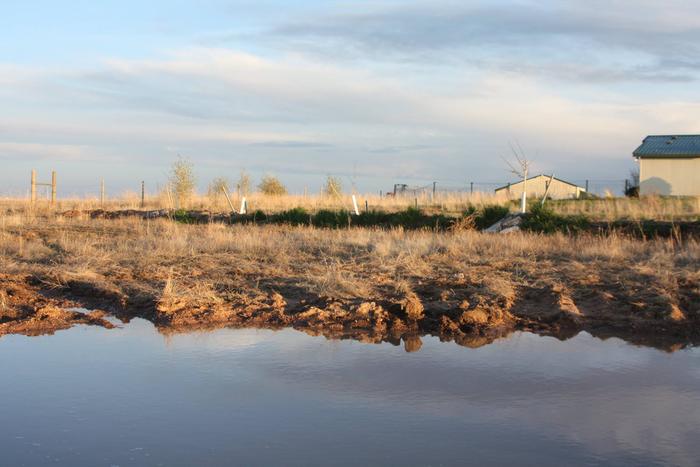 posted 5 years ago
If you're going to have an unexpected pond you want it deeper, so I would dig deeper. If the layer holds, then you've got an unexpected pond -- a resource you didn't expect and weren't planning for, but plans can be amended to reflect fortuitous discoveries, right? (I was just today talking with a guy who found an unexpected pecan tree in an area he was planning to bulldoze -- so he changed his plan.)

If the layer doesn't hold, you've got a deeper krater than you were wanting (which might be useful anyway) and all you're out is some labor and fuel and machine wear-and-tear.

We've actually got an unexpected micro-pond left behind by the local water utility. They were doing some digging trying to find an old abandoned water line on a utility easement across this property, and they failed to fill back in one hole that was about six feet deep and eight feet across. It promptly filled with water, which to my surprise didn't diminish much even during several long drought-filled summers. I don't know much about the soils in that location or the water table, so I'm not entirely sure what's going on with it.

At first we considered the new pond a hazard and kept hounding the utility to come back and fill it in. They made a lot of promises, but never showed up. Meanwhile, the dangerous steep sides (I was afraid of losing dogs in there) crumbled to a more safe and stable angle; vegetation came up, and I realized the pond was in reach of the feeder roots of one of our pecan trees, so now I'm content to have it stay.

posted 5 years ago
So I do enjoy having any body of water but I think I've decided to rob this unintentional pond of it's clay and make a larger pond where I want it and line it with the clay. I think I'm going to build a rather large pond that we can swim in. I'd really enjoy that.

posted 5 years ago
It may be wise to set the current layer aside while digging deeper, to replace and gley with if needed, if you dont need that layer, build a keyed spill way for extra safety and stopping it from becoming a much larger umwanted wetland during high rainfall events.
elle sagenev
pollinator
Posts: 2393
Location: Zone 5 Wyoming
356
I like...

posted 5 years ago
Hmmm. That pile of clay in the picture was far more impressive in real life. LOL

To the unintentional pond? It drained. We are working on a natural swimming pond now and we'll be using the black clay from it to line the swim pond.