Dale Hodgins
Posts: 9002
Location: Victoria British Columbia-Canada
670
posted 5 years ago
This saw did not perform well,  at any of the tasks that I tried. I returned it without incident.

It has lots of raker teeth and very few cutting teeth. The saw bounces around on the rakers,  making it difficult to start a cut in the intended spot. I found it impossible to get a nice clean cut, leaving the bark collar.

Usually,  when a small branches are cut,  the saw pulls the branch against the body or against the the bark gripping teeth. This one flings springy little branches towards the saw's operator and they bounce around the underside,  until they are eventually worn away.

I'm still looking for a small saw in the 5 to 7 pound range,  for light work and for climbing.
...........
Earthwise 24 volt,  12 inch chainsaw.
Weak, loud, won't cut a clean line, makes the operator work harder than you would expect a light machine to do, expensive at $200, seems to be made of ticky tacky.

This little saw is crap,  but overall,  I have had very good luck with my cordless equipment.

I'm currently earning about 90% of my income using cordless electric tools in my landscaping business. 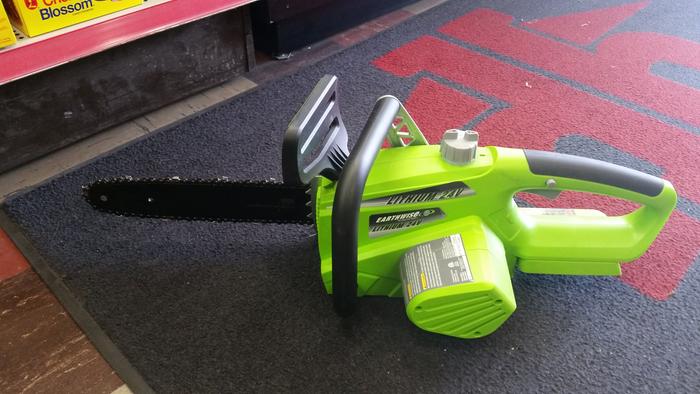 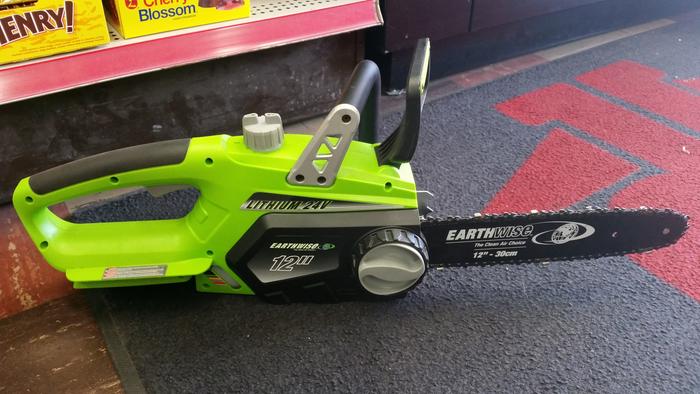 Dale Hodgins
Posts: 9002
Location: Victoria British Columbia-Canada
670
posted 4 years ago
Just a reminder to steer clear of this one.

I tested a similar Black and Decker saw that is equally flimsy.
.......
Still having great results with the small 18 volt Makita topping saw, the 56 volt E-go saw, the 40 volt Stihl 12 ft pole saw (with matching long reach hedge cutter) and my newest one, the 80 volt Greenworks saw, which has an 18 inch bar.

Trees are currently producing less than 10 % my income, due to a surge in demolition work. This can change quickly. There are times when all of my work involves trees, hedges and bushes.

The E-go saw is still the best value for the money, and the one that I recommend for the average home owner or contractor. It is used regularly during demolition projects, both within the buildings and to clear trees and hedges from the path of houses that are being moved.
20151203_105555.jpg
20151024_155648.jpg