Matthew Connors
Posts: 54
Location: Acworth, New Hampshire
2
posted 5 years ago
I am considering using some techniques to save digging down to frost line (4 feet in New Hampshire!) I would like my timber frame to sit on piers similar to Jay's.

I have come across the method below for shallow foundations, but they appear to be for full foundations.

Do you think there is a way to incorporate these two design principles?
FPSF 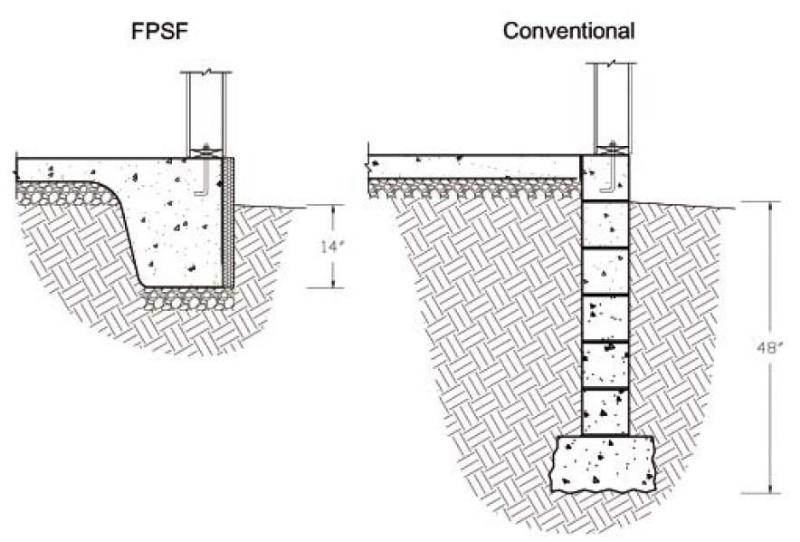 The essence of a FPSF is that your building leaks a little heat into the foundation. That waste heat keeps the soil from freezing, when you have some insulation keeping the waste heat IN and the winter cold OUT.

If your home is up on piers, then there's virtually zero waste heat down at the bottom of your pier. Any heat that's leaking out the bottom of the house is going into the air, not into the ground.

If you're not leaking any house heat into the foundation, then there's no heat for your insulation to retain. The piers and the ground around the piers are going to be the same temperature as the rest of the ground.
Matthew Connors
Posts: 54
Location: Acworth, New Hampshire
2
posted 5 years ago
Fpsf work for unheated spaces too. The heat source would be the ground,and insulation would protect the ground from Cold air temps. That's the theory at least. I'm not sure if it can be adapted to piers. Any comments are welcome.

Terry Ruth
Posts: 698
26
posted 5 years ago
1. FPSF are driven by world wide IRC code and/or ACE 32. ACE 32 points back to the structural requirements of code or a PE analysis, more specifically bearing capacity, plastic, and moisture indexes to resist the loads of the building, or, transfer them to the ground. In most cases, that exceeds what rocks on soils are capable of, yielding deep footing depths past frost lines in cold climates that exceed the minimum 12" FPSF. But it can happen on certain high bearing strength soils or bedrock. Soil test are recommended.


2. If the above structural requirements are meet, a sieve test would determine the needs for insulation. Non-frost susceptible passing #200 sieve or less than 6% granulars by mass = n/a. That is the first step, establishing a requirement. The second step is finding a spec that applies to these foundations or a PE, since ACE 32 or IRC/ACI does not apply.

Terry Ruth wrote:1. FPSF are driven by world wide IRC code and/or ACE 32. ACE 32 points back to the structural requirements of code or a PE analysis, more specifically bearing capacity, plastic, and moisture indexes to resist the loads of the building, or, transfer them to the ground. In most cases, that exceeds what rocks on soils are capable of, yielding deep footing depths past frost lines in cold climates that exceed the minimum 12" FPSF. But it can happen on certain high bearing strength soils or bedrock. Soil test are recommended.


2. If the above structural requirements are meet, a sieve test would determine the needs for insulation. Non-frost susceptible passing #200 sieve or less than 6% granulars by mass = n/a. That is the first step, establishing a requirement. The second step is finding a spec that applies to these foundations or a PE, since ACE 32 or IRC/ACI does not apply.

I am sorry Terry, I am having a hard time with the technical aspects of your wording. Would it be possible to translate your post to a DIY level? Thanks!

Terry Ruth
Posts: 698
26
posted 5 years ago
Matthew, I am basically saying get a soil test at 2-3 locations around the perimeter. Look at your local codes or 2012 International Residential Code(IRC) "Foundations" to determine if your soil has the bearing etc, strength at the depth of the foundation you are using. In most cases that soil depth is 1-4' in the US, not top soil or just below it. That negates the use of FPSF since the insulation is non-structural for the most part, or insulation does not have the compression strength of rock and 3000+ PSI concrete lets put it that way. If one does not understand code hire an Architect or PE.

The whole idea behind FPSF is to reduce concrete cost, in alot of cases it does not especially in cold climates with weak soils because of the structural requirements. Concrete FPSF insulation is per ASCE 32, an Engineering spec that has taken decades of R&D to develop but, not for placing rock on the ground and erecting a building on it. I'm not sure where to find such a spec for these foundations, unless you want to be part of the testing I would find one and not take word of mouth or photos off the internet not fully understand as some prescriptive safe design practice path that is not well documented and adopted by International Code Council or some respected agency such as American Wood Council, Forest and Paper, Western Wood Association, to name a few more. If you find one please post it. In large Timber Type 4 designs, alot of dead/live/bending load is being forced into little bearing area on already heavy rock-to-soil, compared to a 1' x 2' x 4' continuous spread footing FPSF is designed for...Rocks can shift by their own weight moreso building loads. What we are talking about is pretty simple math really, here take this calculator keep the force constant and drop the bearing area see what happens to the pressure exerted on the rock the soil has to resist.

A sieve test of the soil would also indicate if the soil even needs any insulation, it may not. If it did, and you want to run the risk, I'd use a HD EPS or cellular glass like FoamGlass under the rock that is structurally rated for your loads..... That has just started field testing in the USA and is experimental. If your loads are less than 750 PSI (unlikely for single family dwellings) Roxul makes an IS rigid board you could surround the rock with. Shallow foundations like this also have issues with thermal bridging, so eliminating the insulation below the rock is not a option for a well insulated house where you live until you get to depths where the ground temperature is high. At 4' it is questionable as to whether there is a thermal bridge through concrete over that 4' distance, at less than 1' in your climate there is no doubt you will thermal bridge into your post and into or out of your house.

Below is an example of a foundation I am working on insulated to R-12 which is what you need or more. I am not planning on insulating below the footing's until I see a soil test. I already know that FPSF is a waste of my time around here since the structural requirements will exceed the savings I could gain using ACE 32 so, I am just insulation as shown and exceeding IECC code. I don't blame you for not wanting to dig or use one of these foundations. Slab/footing insulation alone for this 2800 SF home $15,000. Don't get me started on the cost of junk concrete we use in this country, to change cost even more with the lack of specs/codes, knowledge $ trades.

Hope that helps, you're welcome. 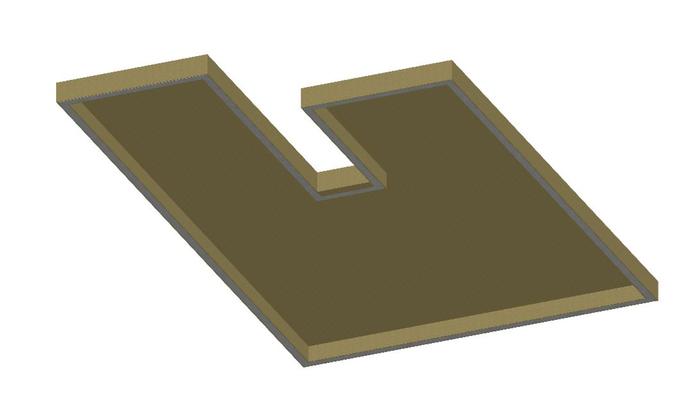 Tam Deal
Posts: 64
4
posted 5 years ago
Why not just dig down the 4 feet? And put in the piers. That is the beauty of piers, minimal hassle. Having hand dug some in very rocky soil I know that can be an untruth, but if you have easy digging or can rent an auger it could be done quickly. If you have easy digging you could drill a few smaller holes, place your rocks over those, and they should be fine. Assuming as terry says that your soils at those depths are stable. Presumably the main advantage to the rock a-la-jay are that they look nice, or may be locally available though I doubt all the sharpstone was. If your effort is more cost sensitive, there are virtually free post options that are easy to do if you have easy digging.
Brett Hammond
Posts: 77
Location: Maryland, USA
5
I like...

posted 5 years ago
I know this doesn't answer your question, but you might find this usefull. I have a house built on brick piers and I hate it. It is difficult to keep water, critters and cold out of the crawl space. If I was building my house, and I wanted it elevated with a crawl space, and don't mind using modern building materials, I would pour concrete footers below the frost line per local building code, and a block concrete foundation all the way around.

The concrete slab on grade is not a bad option either, and provides a huge thermal mass for passive solar heat if you orient the house with a long southern exposure and lots of southern windows, and insulation under the slab. My whole 1700 sqft house is heated on sunny days with just 14 ft of windows, but gets cold at night because of lack of thermal mass to hold the heat. Acid stained concrete floors look cool. Best of luck!