We built some good-sized hugelkultur mounds yesterday. For two days , I cut down young cottonwoods and a few alder and maple. Most trees were under 10 inches in diameter. I was able to push them in the direction that I wanted them to fall. Several hundred were cut. I almost never cut a notch. Instead, the cut is started on the opposite side to where we want it to fall and then it is pushed over, once it's been cut 80% through. This would not work on large trees.

The trees were all pushed toward a steep embankment that is made of fill produced when the road went in. The excavator brought down heavier specimens that were not safe to handle this way. The bed is to the north and many of the trees have a slight lean to the south.
.....
The little valley at the base of the slope, is wetter than most areas of the property. This should keep the base of the pile moist.
.....
A well was dug a short distance away. It came up dry. It won't always be dry. Water sheets along the hardpan in this area , on its way to the river, during the rainy season and sometimes for a month or more into the dry season. Water will be captured here and pumped on top of the mound and to a storage pond. A drilled well may be placed in this area as well. Quite often , surface water can be caught for a portion of the year and then we have to switch to deeper wells. I prefer to capture as much surface water as possible, in order to prevent depletion of a deeper well.
.....
The road was also improved yesterday. A section 175 feet long had been abandoned for a boat 80 years. All of the stumps and unwanted trees were put to the bottom of the pile. The 6-inch duff layer supplied enough material to fill several dump trucks. It was dumped on top of the pile.
.....
This bed will be planted next spring. For the first year or so , it will be planted with vining crops like squash and beans. After it settles down, it will be easier to get uniform moisture to the center.
.....
About 500 square feet of new bed was built yesterday. There is room for a lot more along the same slope. It will be done as time allows. One area is very easy to back the truck up to. I will fill this portion when I dump tree waste from my landscaping business. I do lots of hedges. Hardwood hedge clippings make a really good mulch. Once an area fills up, I will move somewhere else and let the excavator move it to an appropriate spot.
.....
Four and a half years ago, a 400 square foot bed was built. It was made way too high(14 ft.) and was far too airy. Yesterday , we packed it down hard , so that now it's it's about 7 feet above the rest of the landscape. About 10 tons of soil was dumped on top.
20160626_203124.jpg 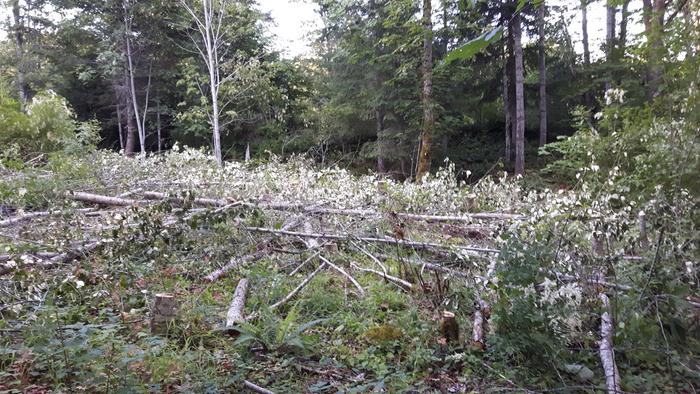 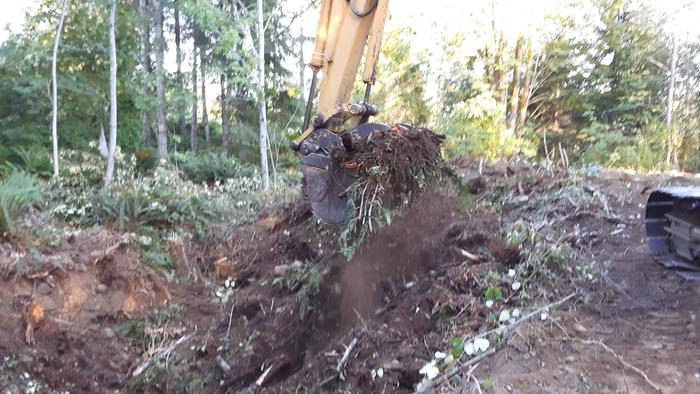