These are our most reliable growers and our longest yielders, or our easiest 'preservers', providing us with the bulk of our vegetables that we eat in a year. They may not yield many calories, if any at all, but they provide us with essential vitamins and minerals. The idea of this thread is to build a big list with the best of our best produce that really produces.

Roselle (hibiscus sabdariffa). This was a plant that I originally grew as a curiosity, but today it is my most important leafy green. Not only are the leaves edible, but they are quite tasty - matching the texture of spinach with a delightful cranberry flavor that is free of the bitterness of cranberries. The fresh leaves are available for much of the year, and when they aren't, the dried calyx makes a pleasant and nutritious tea for the Winter.

To cook, harvest the leaves by handpicking, stacking them ontop of eachother for ease of processing later. A good thick handful of leaves is one serving. Place the leaves on a cuttingboard and cut off the remaining tough petiole, and if you stacked them neatly ontop of eachother you can do this in a single cut. Cut the leaves smaller if desired.

Bring a pot of water to a boil, using a roughly equal volume of water to leaves. Place the leaves in the water and immediately reduce to a simmer. Don't cover the pot! The leaves foam just like cranberries, and if lidded, the foam will soon be going over the sides of the pot. The leaves cook quickly, to the same texture and consistency of spinach, in just a few minutes. Like spinach, overcooking quickly turns it to goop. When raw, the leaves are as sour as lemons, but cooked they are much more palatable. The more water you use, the milder the flavor becomes, but why would you want that?!

For the calyx, I like this processing method. Using a sharp knife, cut the base from the calyx and the seedpod inside - this frees the pod from the calyx. Then, using a chopstick or other suitable device, push the pod out through the top opening of the calyx. Ta-da! Attractive, whole calyxes that are then easy to dry. Example below,

While tehcnically a perennial, it is an annual in my region (U.S. zone 7b). It lives just long enough to make seed for next year. Any farther North would be a gamble. In a single year, it becomes a bush as tall as I am and produces such a bounty!

My second top vegetable is nopal. Specifically, Eastern prickly pear (opuntia humifusa). The fresh pads are available for much of the year from late Spring to early Winter. The tuna are a late yielder in November and early December, providing a nice Winter treat. A blessing during our seasonal droughts.

Lastly, is garlic chives (allium tuberosum). A bountiful yielder with a very long season in my region (almost a full year), a mere six plants can provide a person with more garlic chives than they may ever want to eat. There are few savory meals I cannot slip it into, and for its brief off season, I can dry the leaves. It's such a reliable producer, that it has almost entirely replaced actual garlic in my cooking.

Overall, these plants became staples for me because of their very long harvest periods and their reliability. Garlic chives, bless it, is one of my top weeds.
VladTheImpaler.jpg 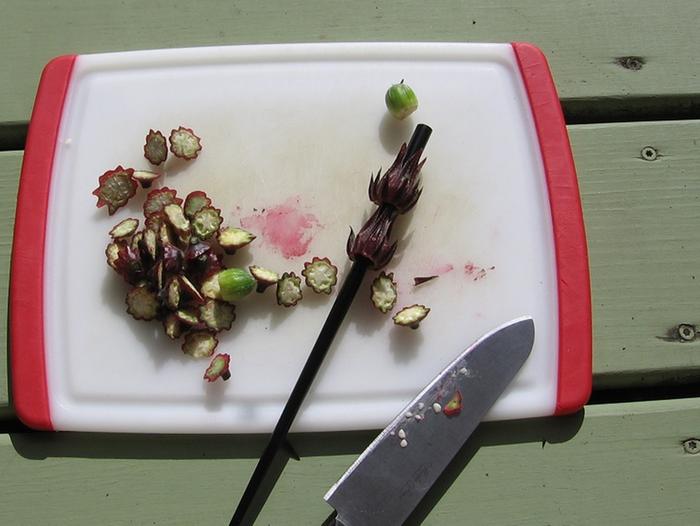 For me, a staple green would be Swiss chard. 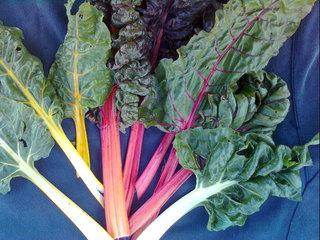