posted 3 years ago
Black-capped vireos (Vireo atricapillus)  nest in shrublands of the Edwards Plateau and eastern Trans-Pecos regions of Texas during April through July, west-central Oklahoma, and Coahuila, Mexico.  It spend the winter on the Pacific slope (western coast) of Mexico. They build a cup-shaped nest in the fork of a branch 2 to 4 feet above the ground. Nests are usually built in shrubs such as shin oak or sumac. Females lay 3-4 eggs, which hatch in 14-17 days. Both parents incubate the eggs and feed the chicks. Their diet consists of insects. Black-capped vireos have a lifespan of 5-6 years. Males sing to attract mates and defend territories, which are usually 2 to 4 acres in size. Vireos return year after year to the same area to nest.

They forage more actively than most vireos, moving among branches and twigs in dense cover, sometimes hanging upside down like a chickadee to take items from underside of foliage. Mostly they eat insects, some berries. Feeds mainly on insects in summer; diet not known in detail, but eats many caterpillars, beetles, small grasshoppers and crickets, and others, as well as spiders. Also eats some berries and small fruits.

This vireo was listed  as endangered in 1987.  The principal threats are cowbird parasitism, destruction and modification of nesting habitat, and possible conversion of wintering habitat. Yhe low growing woody cover they need for nesting has been cleared or overgrazed by livestock and deer.   Another problem is that the vireo eggs take an unfortunately long time to hatch; cowbird eggs, laid in the same nests, usually hatch first, so that the vireos raise only young cowbirds or abandon the nests. Without some kind of control of cowbird numbers, the vireo may face extinction.  Thus, cowbird removal will likely be a requisite of management schemes at most sites in Oklahoma and Texas.  This requires extensive efforts in trapping cowbirds, or removing cowbird eggs.

Habitat In Texas and Oklahoma

The vast majority of known vireo habitat occurs on  outcrops of Edwards or Fredericksburg Limestone.  Reasons for this are not fully understood, but are likely related to these formations ability to retain and transmit water and overlying soils that generate a suitable configuration of vireo habitat.  Note: at least three areas in Texas known to support black-capped vireos are not underlain by Edwards or Fredericksburg Limestone.  These areas are Colorado Bend State Park in San Saba County, which is underlain by the Marble Falls Formation, a Pennsylvanian limestone; a Lower Colorado River Authority (LCRA) property in Burnet County underlain by alluvial sands originating from Cambrian sandstones; and along the Devil's River in eastern Val Verde County, which is underlain by Cretaceous limestones of the Washita Group. 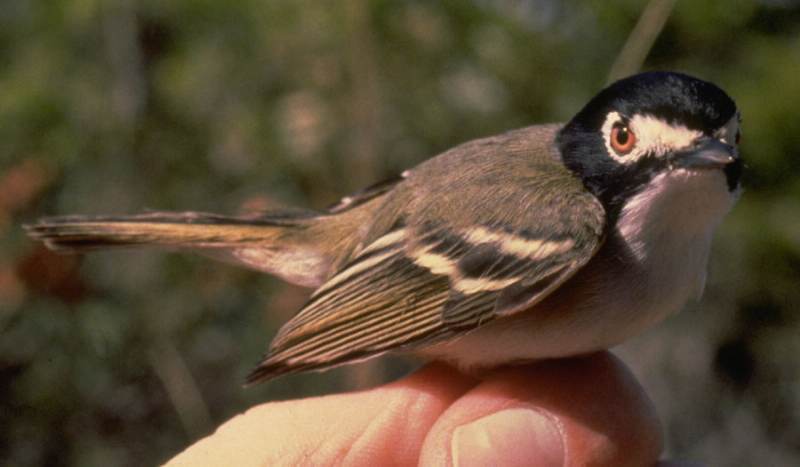 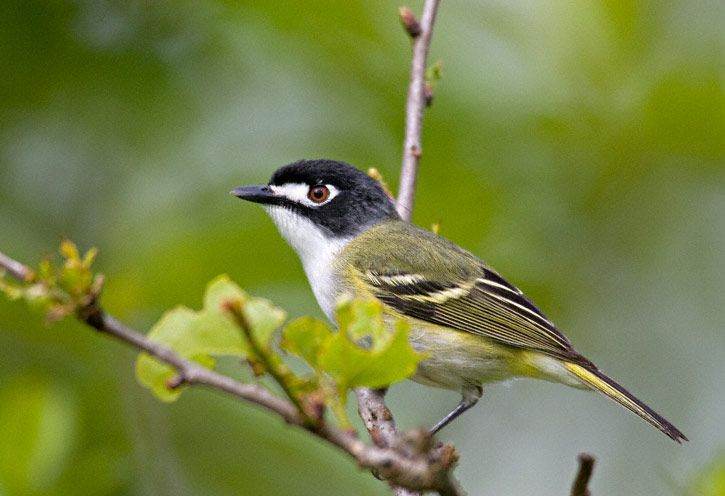 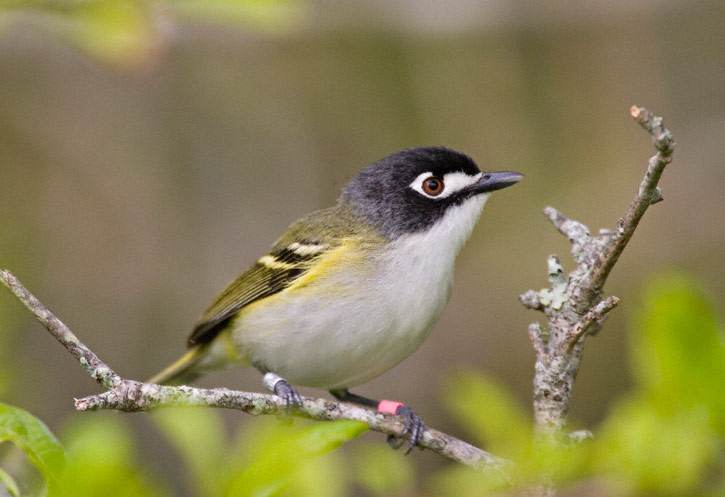 posted 3 years ago
9/30/17  It has been raining the last 4 days.  I enjoy watching the wildlife.  We have a birdbath under a tree that is visible from our front door and beyond that are Autumn Sage and Turks Cap.  Thursday and Friday, one of these little birds has sat on the fence behind these shrubs, in the rain.  I have not looked due to the rain but I feel it must have a nest in the Autumn Sage.   Friday was mostly a mist rain and the bird would fly off sometimes and at other times it would fly down into the bush. Occasionally it would fly with another one or two.