I thought that title might bring a few people in. It is highly unusual to be able to earn anywhere close to $50 an hour, harvesting most wild berries. Here in coastal British Columbia, we have an exception to that. Himalaya berries grow in abundance. They form huge thickets.

I have done some tests harvesting on this species. The container full of berries in the picture, was harvested in 9 minutes. I did this with one hand while holding the container. If I had used a belt to hold the container, this would have made it go faster. After selling some, I have determined that the market will bear $8 to $10, for a 750g former yogurt container filled with them.

These berries are abundant in many places along North America's West Coast and in many other places in the world. I don't package them and ship them anywhere. I have sold them to the same people who walk by them every day, and could pick their own, if they chose to.

What type of berry grows near you, that is abundant and very quick to harvest? If there is one, chances are many of them are not harvested by anyone. A very simple business to start, that has no start-up cost. Either it will work, or it won't. For most of us, finding a market is the problem. I eat berries and I have access to a freezer. Problem solved. I will be my own best customer, this year.

If I were ever to become completely unemployed during July, August and September, the harvest of these berries could easily keep me in money. I'm accustomed to making a decent living. The city is filled with semi employed young people who work for minimum wage. If they've ever walked on a trail, they couldn't avoid walking past huge clumps of this abundant resource.

On several occasions, I have placed ads on used Victoria, asking people to call me if they aren't going to harvest their apples, plums and pears. I get lots of calls. Considering the price of unsprayed fruit, it should be possible to harvest more than $50 per hour worth of these larger fruit.
20170805_144345.jpg 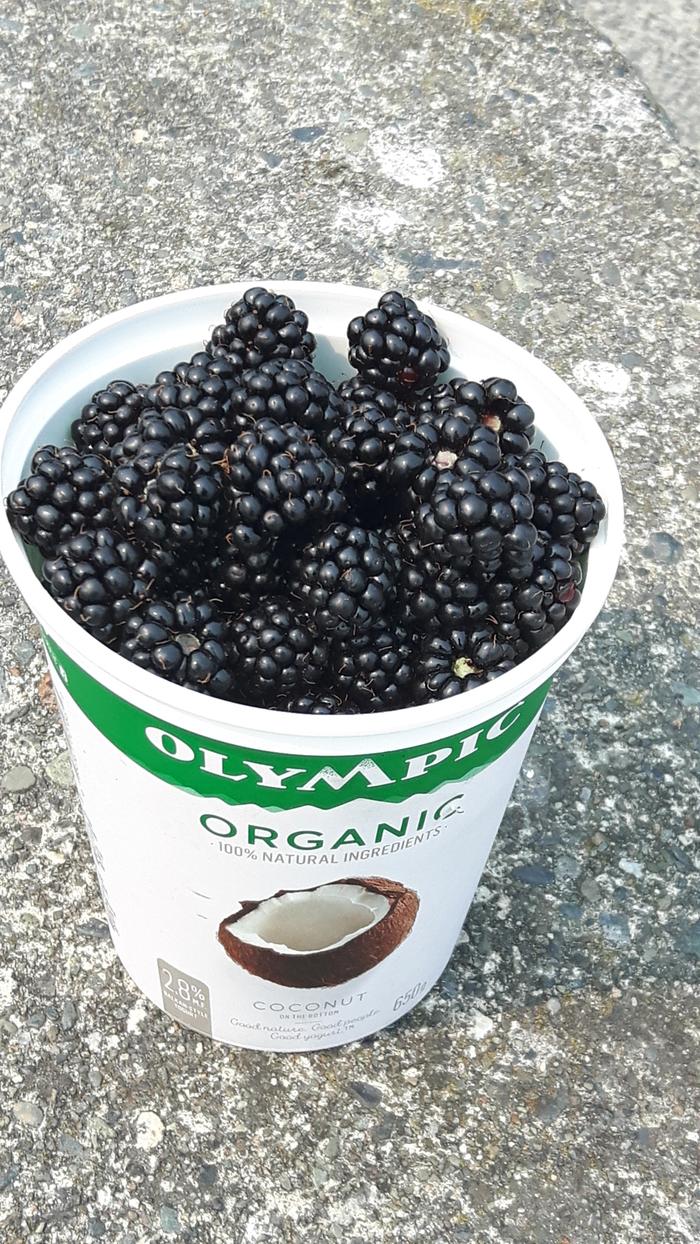 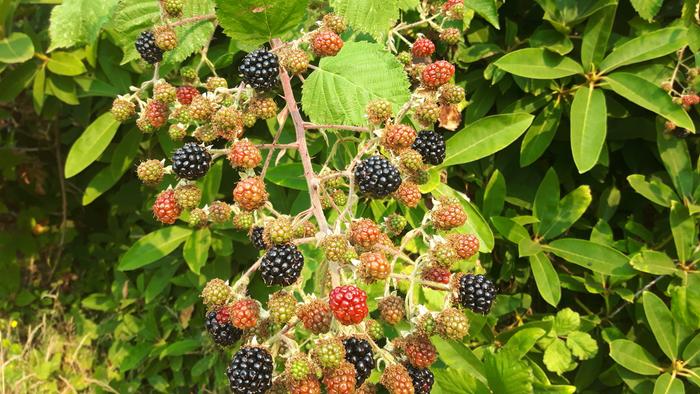 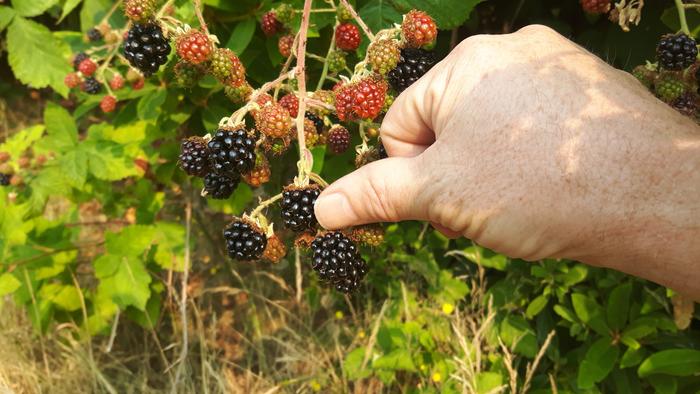 David Livingston
pollinator
Posts: 4328
Location: Anjou ,France
243
posted 2 years ago
Here in France BlackBerry go for about 10€ a kilo picking 5kg an hour is a big ask I think
Fruit about 1€ in the shops  so think you are a tad optermistic🤞

Dale Hodgins
Posts: 9002
Location: Victoria British Columbia-Canada
668
posted 2 years ago
This isn't speculation. I have harvested these berries and sold them for the price stated.
David Livingston
pollinator
Posts: 4328
Location: Anjou ,France
243
posted 2 years ago
Not suggesting that you are Dale rather than it depends on where you are , how big is the market etc etc

Dale Hodgins
Posts: 9002
Location: Victoria British Columbia-Canada
668
posted 2 years ago
When I set up my vegetable stand, 3 years ago, Himalaya berries where included. They were purchased by about one in five customers, until supply ran out. I was set up on a residential street, that seldom saw more than 50 people during a typical 2-hour market run. In my city of 350,000 people, it would be impossible for one person picking full-time, to fill 10% of the market.

I only compare prices to that of other wild harvested or organically grown produce. We have a fairly sophisticated group of consumers here, who understand that wild harvested is going to cost more than something from a farm..

This was a fairly limited market survey, but I never went home with a berry. That works for me. These berries freeze really well, so no reason why they couldn't be sold to those who make smoothies. I called my friend Felix, 5 minutes ago, to see if he wants berries. He does, and his legal practice does not allow time for him to go harvesting. He says he'll take all that I can get, but I'm sure we will reach a point where he agrees that it's enough. I can think of several others in my phone list who are willing to pay a premium for superior product. I've made no attempt to sell these berries in the last 3 years. Now, I have to pick more, because they are pre-sold. The same thing happened when I started Dale's three-day Garden. The moment there was enough product to sell, I found that the market could absorb far more than what was available.
Alex Riddles
Posts: 80
Location: Columbia Missouri
11
I like...

posted 2 years ago
Are you deducting the cost of Band-aids?  The last time I went out picking Blackberries some told me I looked like I had been sorting Bobcats. 😉
Dale Hodgins
Posts: 9002
Location: Victoria British Columbia-Canada
668
posted 2 years ago
If you're not careful, you could end up Riddled with holes.

I like to do it in the cool part of the day, so that I can wear a nice heavy shirt. Long pants and socks are important. I always bring some loppers, so I can cut my way into the best areas, and remove protruding bits that prevent the harvest of really nice areas.

I sometimes bring a small step ladder and a stick with a hook on the end. The stick can be used to bring heavily laden branches toward me, or it can be used to hold unruly branches down, so that I can lean in without getting snagged. Today's picking, didn't produce one puncture wound.
Deb Rebel
gardener

Alex Riddles wrote:Are you deducting the cost of Band-aids?  The last time I went out picking Blackberries some told me I looked like I had been sorting Bobcats. 😉

What Dale says is amazing. Giving blood to get blackberries is almost the rite of passage.