Dale Hodgins
Posts: 9002
Location: Victoria British Columbia-Canada
666
posted 2 years ago
I was looking for an 18 volt  Milwaukee radio, that can also be used to charge cell phones. During the Google search, I discovered that several companies make chargers that work with their battery packs. They can charge up cell phones, tablets and other things that work off a USB cord. On several occasions, I have talked to tool sales people at Home Depot, about the need to charge my cell phone. None of them knew about this technology, which is why I went looking for a radio.

Milwaukee makes the highest quality cordless tools that I know of. I do almost all of my cutting, grinding and screwing, using their tools and the very robust batteries that come with them.
----------------------------------
Note - I was given some numbers that proved incorrect concerning the amount of power available. I initially greatly overstated how many charges you could get.
-----------------------------------
Makita and DeWalt have a similar system. My smallest 18 volt battery is Makita 1.5 amp hour, less than half as thick as the one shown. It holds about three times as much power as my cell phone.

These things range from $15 to $30, so I'm definitely getting one. I already have the batteries and chargers.
........
Wilderness safety
With the smaller battery, they are a perfect size to carry in a coat pocket, when hiking. Not only would this allow plenty of cell phone usage, in case of emergency, it would also allow the phone to be used for entertainment purposes, or to play the radio, which is known to deter certain dangerous animals. When my phone is at full charge, I can run the flashlight for almost 2 hours. With the smallest battery, it would be good for about 6 hours.
.......
Car camping
I have one of those little 10-inch movie players that are often used by children as they ride in cars. It keeps them quiet. Mine usually works for about an hour and a half, which is great, if it's a short movie. My largest Milwaukee battery holds much more power, which can be delivered through a USB cord.
.......
I often work in houses that don't have electricity. Until now, I have had to take the phone to the car for charging. When I camp out in these houses, I will definitely use my movie player.
........
I was at London Drugs, and saw a really flimsy looking auxiliary battery and charger with a flimsy cord, for $20. There are better ones for up to $50. This would require me to keep track of a bunch of little components. So much simpler to just go to my tool box.
maxresdefault.jpg 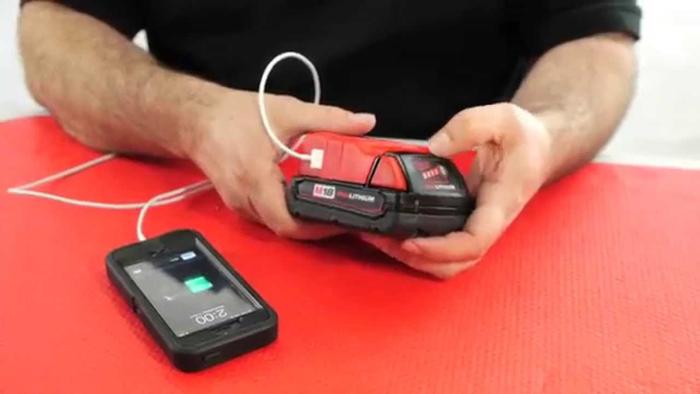 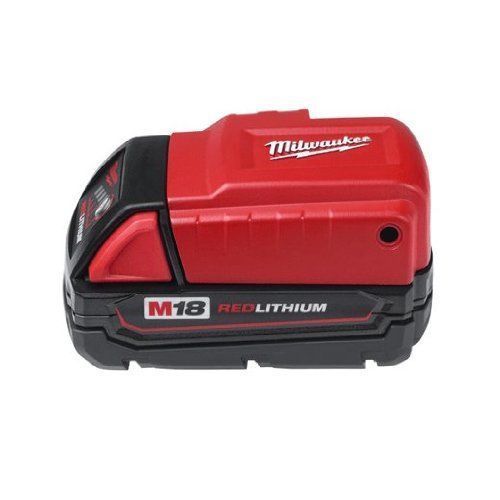 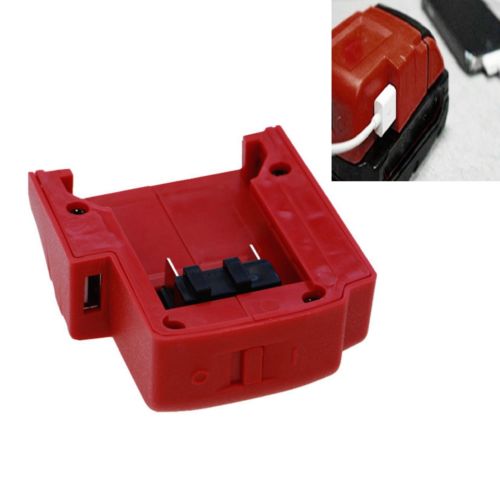 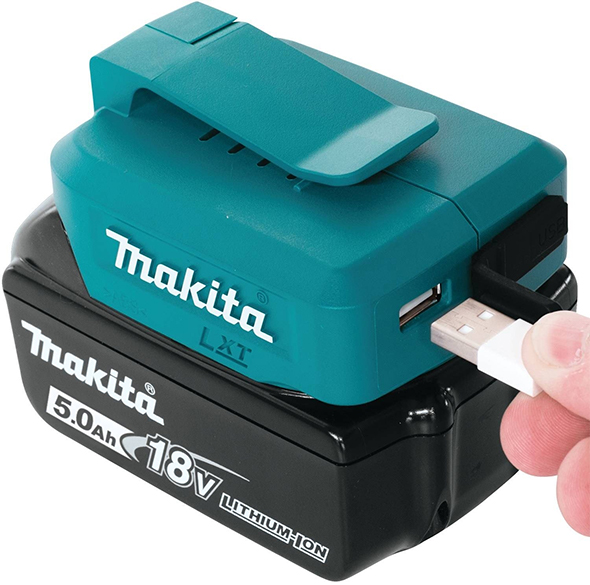 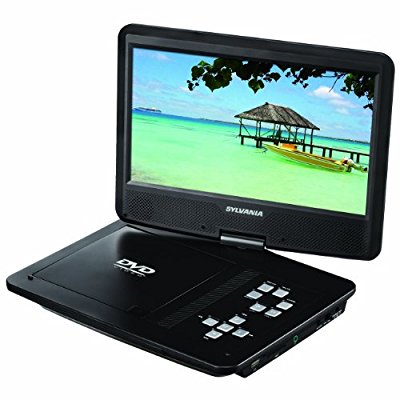 Not surprised this insight came from out your way. I haven't done any shopping recently. Has Milwaukee, Makita, or DeWalt come up with a portable solar system yet, say for the job site? That would seem like a logical step, along with perhaps a way to plug many modules into a single system to power something larger and stationary, say a portable saw mill or cement mixer (or a whole job site).

This isn't the way I usually consider systems, but if you have big companies cranking this stuff out, and it's sitting on the store shelves, and you can pick this stuff up for the cost of about four ruined charger cords, it seems obvious. If you can just swap out burnt out components, it suddenly seems feasible that you could do more than simply power your sawzall.

I think I am going to go shopping.

posted 2 years ago
Ive used a multibattery charger that plugged into a car cigarette lighter. It was. one step away from hooking into the battery  side  of a solar charge controller.
Unfortunately it was Ryobi,the worst crap battery. powered tools I've ever used.
3 out of 5 inoperable out of the box.

Milwaukee now has car chargers,but mot multibattery ones. An inverter would work, but there is power loss there,going from dc to ac to dc again.

Dale has multiple battery powered systems, so an inverter might be the way to go, over individual DC battery chargers.

Dale Hodgins
Posts: 9002
Location: Victoria British Columbia-Canada
666
posted 2 years ago
Important note. You don't have to pay the prices that you see on the Shelf at Home Depot. Milwaukee Representatives have the authority to conduct certain promotions that are not seen in the store. I paid less for my Milwaukee stuff, than if I had grabbed DeWalt off the shelf. It's totally superior.
...............
I haven't seen any of the tool manufacturers come up with anything solar in the charging department. Which is probably just as well, because they would get damaged, being packed around from job to job. I've only seen a few tools that work on multi battery. One is a Makita chainsaw that isn't as powerful as my single battery saw.

I think if we were going to see a cement mixer or trowler or any real power hog, the best battery systems currently available are probably the ones that power lawn mowers and other yard and garden equipment. The Green Machine, is a super awesome and expensive ride-on mower, that can be used all day on a charge. It's about $15,000.

My EGO lawn mower has a battery that holds twice as much power as the one on the chainsaw and blower. They are all interchangeable, so I use that big one for many other things. There is one almost twice as large, that would fit my lawn mower.

The thing I like about a modular power system, is that I can choose the right battery for the purpose, to reduce weight when necessary, and have long run time when that's what I'm looking for. These batteries deliver power very evenly from start to finish, unlike let acid battery storage systems. This gives my tools exactly the power they want. So, I only have to worry about ruining chargers.

William mentioned charging from the vehicle. I only do this with a cell phone. Any serious charging of larger tool batteries, would deplete the vehicle battery and no time. My lawnmower battery alone, holds about the same amount of power as my car battery. Then there's transfer losses.

It's odd when I go into places like Home Depot, that the fellows who make their living selling tools, don't seem to be aware of half of what's out there. You'd think some of them would have at least a passing interest. :-)