It is quite water resistant, but should not be immersed. Water sprinkling on the machine won't enter the battery chamber.

There's a little window, so you can see the impeller and color of water being pumped. I suppose you could also see if there were bubbles.

There is a very prominent white arrow, set in the black casing, that shows the direction of flow.

Just an on and off switch. No other controls. It quits when it runs out of power or it quits after 1 minute of dry running.

The impeller is made of hard plastic, and meant to be the weak link, should the operator be silly enough to suck up a rock. It's recommended that the impeller be changed after 100 hours of runtime. These pumps are marketed mostly to plumbers, who often need to suck up water that may contain rust and other ordinance. Pond water, drawn from a foot below the surface, should be relatively clean. Most stuff builds up on the bottom, or as flotsam on the surface. I'll make a filter about the size of a basketball, from screen material, just to keep out the larger things like fish and frogs.
....................
It can lift water 18ft with the incoming, suction.
It can push water to a height of 75 ft. I don't know the flow rates at various amounts of head, but the company could provide that. I don't have anywhere that would require more than 10 feet of head. I need about 6 feet of lift. There's a nice level spot for the pump to sit, that isn't far from the pond's surface. The pond level doesn't vary a lot , from day-to-day, since it is fed from beneath. A high water table in that area. I have no idea how much water is available, but it is substantial.

When moving water where very little head is required, a 5 amp hour battery will load 240 gallons into a container in the back of a truck. Those big plastic containers in metal cages hold 275 gallons. 240 gallons weighs 1 ton, so that seems like a good amount for a standard pickup truck. There are some parts of the farm that are quite distant from the water source. A tank like this will be used.

Most of my water, is needed Within about 600 feet of the water source, so I will need to get some really good hose. I'm thinking a main line of three quarter inch diameter, with side branches, that can be turned off with a tap. Some lines will be left in place, full time, but any that must run across the road, will be attached only for the amount of time it takes to send the water in that direction. Because I'm dealing with hugelkultur beds, I won't need to water very often.

I like the idea of being able to turn the water on, and then walk away. The pump quits when the battery is exhausted.

It shuts itself down without harm, after 1 minute of dry running.

There's a couple other, unexplored, potential water sources on the property. These ones also deal with near surface water. Hoses will be run from any promising location, to the nearest spot where water is needed.

Because my place is long and skinny, it would be quite expensive to run wires to every corner of it, to run individual pumps for each possible need. Then there's the issue of voltage drop , damage to the wires and so forth. I also wouldn't want to leave pumping equipment all over the property. Thieves aren't usually interested in stealing garden hose. Quick connectors will be used, so that the pump can be quickly attached, at the various locations. It will always go with me when leaving the property, since I sometimes need to sump out basements, where there is no electricity.

Other uses for the pump
........
Solar showers by the pond...
I want a little change room structure, on the north side of the pond. The roof of this will be the perfect spot to produce hot water. I expect to put a simple batch system on the roof. Fill it up in the morning, and use it in the evening. A 40 gallon container could be filled in just over 5 minutes. Since this area has a high water table all around, the shower water would simply be allowed to pour out onto the grass, where it will percolate down and not be lost.

Dishwasher ....
I want to power a dishwasher with this. There's plenty of free dead ones available. There's no way too slow this pump down, so it would have to have enough jets to utilize 8 gallons per minute. During the start stage, a cold water rinse would allow almost all dirt to leave through the rear drain. Then, hot water with soap, would be used for the wash cycle. This water would be recirculated for 15 minutes. That would be 120 gallons of pumping. Then a third cycle using plain water, would rinse the dishes. Might be more trouble than it's worth, but I have to try. A dishwasher like this would run through quite a bit of water, but there's no shortage, and the water drains to where it is needed.

Vehicle washing.
It's not a pressure washer, but it can lift water 75 feet. This leads me to believe that on a much shorter run, a restrictor could be used, so that the water shoots out a little harder. I'm not usually looking for bright and shiny, just get rid of the major mud. The windshield washers will do the rest.
20180106_000154.jpg 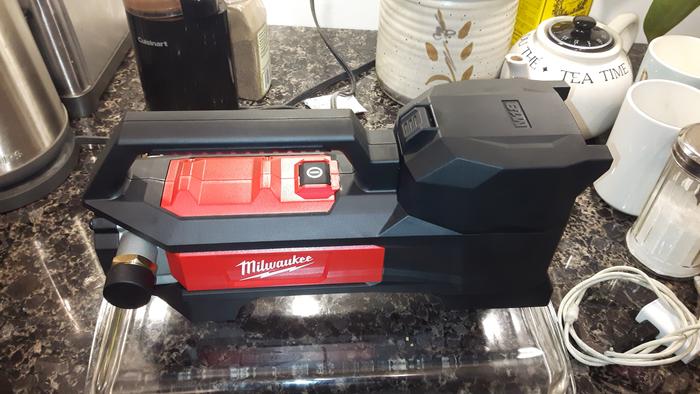 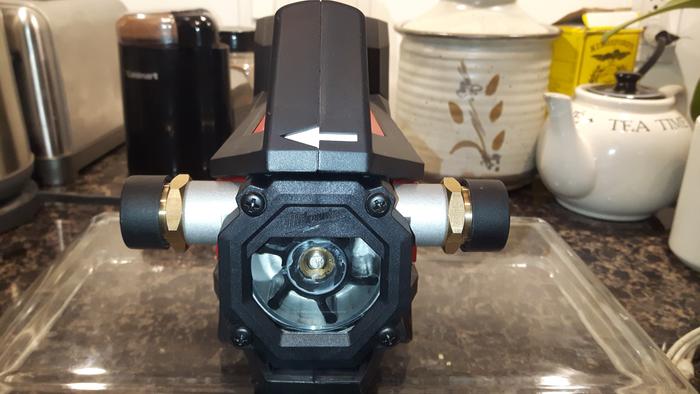 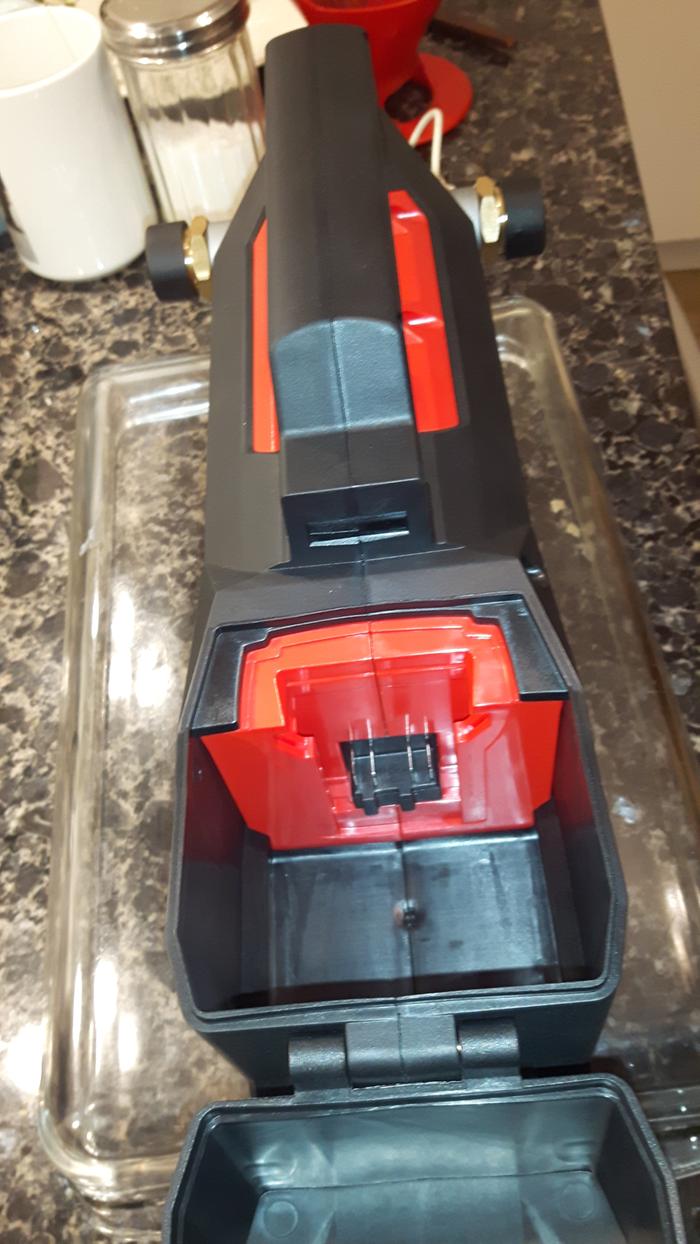 posted 2 years ago
Sounds like a very useful piece of gear for varied applications, Dale.  Home Depot in Cranbrook, BC currently has this unit for sale at $239.00 (before tax — and shipping would be extra, natch).

I appreciate your reviews, Dale.  At least for those of us also living in BC, Canada, it could always be useful to learn what you paid for a particular device or piece of equipment — unless you've gotten something second hand which you often do.  (In which case, prices can vary wildly...)