Canyons formed over night because of clear cutting and climate change

Basically, because so much of the area was turned into soy mono-crops, with so much rainforest detroyed to do it, and there's more crazy weather because the rainforests and their moderating influence on weather is gone, GIANT CANYONS FORMED OVER NIGHT.

This is all too depressing for me.

Instant canyon. Farmer's lively hood is gone. Giant corporations move onto the next farmer to get them to grow soy beans. 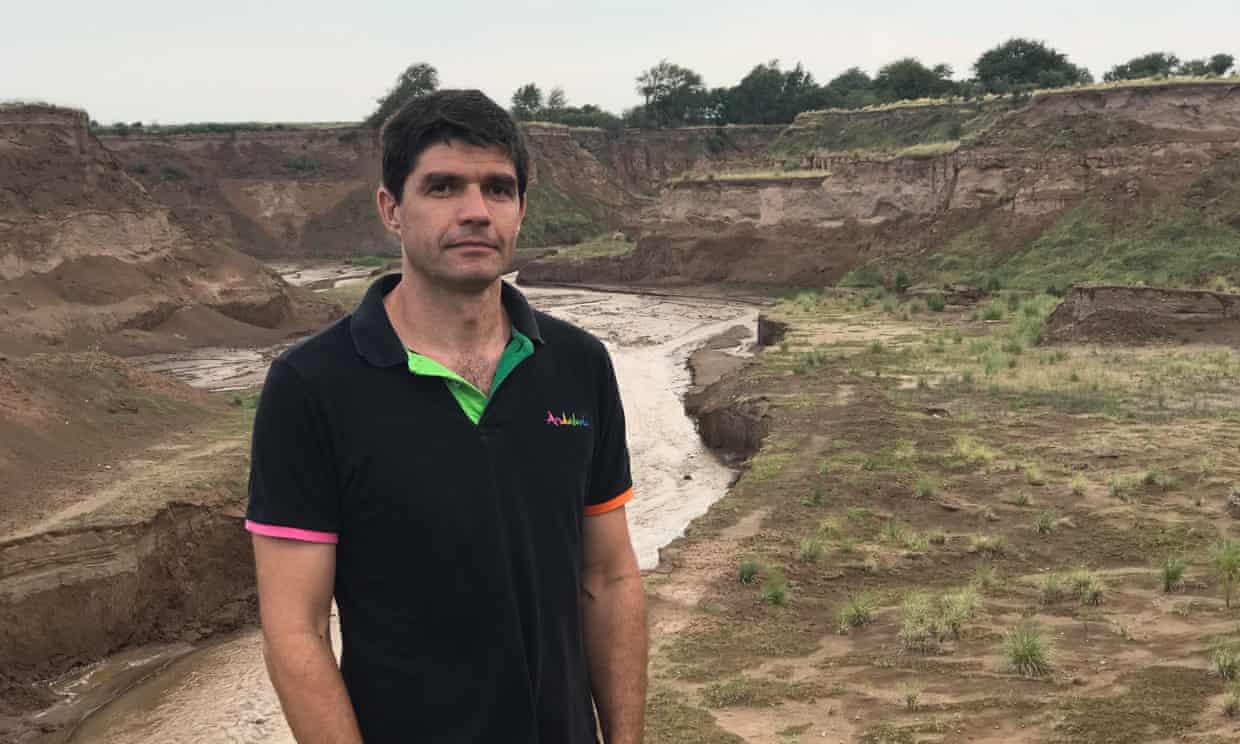 “The roar was terrifying,” said Risatti, remembering that morning three years ago. “The land had opened up like a canyon. Water was pushing through as far as I could see. Huge mounds of earth, grass and trees were being carried along the water surface.”

The ravine that carved its way so dramatically across Risatti’s farm that night has by now grown 15-miles (25km) long. At its deepest point, it measures more than 60 metres wide and 25 metres deep.

And, it's because the soils are dead and the forests are gone. There's nothing to hold the land together.


But unlike the deep-rooted forest it has replaced – which absorbed large amounts of groundwater all year round – soya bean has short roots and grows only a few months of the year.

This has caused the aquifer beneath the Morro basin to rise, and increased the speed of the subterranean flow – in turn triggering the collapse of the area’s permeable soil.


Climbing down the side of one of the new gullies, Jobbágy claws at the cliff wall and a clod of soil dissolves in his hand. “It’s basically dust,” he says.

“When it gets soaked, it becomes really unstable, and what looks like a solid becomes a liquid. [So] this humble river moves a lot of sediment despite the relatively gentle incline,” Jobbágy explains.

Can we reverse this? If we plant trees and forests and food forests, can we hold the soil together and stabilize the climate? Is it too late? I know the rainforest soils are some of the most depleted out there because the rain washes the nutrients away, and it is only as fertile as it is because of the forests. Can we rebuild it?

If one of these places were your permaculture site, what would you do?