porta-cabin - love shack
I've seen these awesome hot water systems designed to work with a wood stove. It seems that the same system could be used with a rocket mass heater. It's usually a stainless steel pipe inside the firebox of the woodstove connected the tank of a standard hot water heater. If the tank is at the proper elevation, convection will circulate the water without a pump. "Hilkoil" sells a stainless loop for this purpose and there are lots of examples you can find online. This way the water would store a lot of thermal energy and release it gradually. In this system you are trying to retain as much heat as possible in the tank, but it will still give off it's thermal energy as the tank cools off. A pressure relief valve is used for safety. As an added benefit you would have hot water available for bathing. I wonder if the shorter burn times of a RMH would give the water enough time to heat up? My understanding is that RMHs are usually burned for only a few hours each day an a wood stove is usually burned all day. I agree that having an open tank of water as a thermal mass would be a problem with evaporation.
show more
6 years ago
wheaton laboratories
Portland: Anyone have an abundance of Comfrey or Sunchokes willing to let me take a few shovelfulls?
Thanks Jahnavi! I'll send you a private message to coordinate.
show more
6 years ago
cascadia 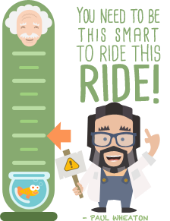 my plans for my permaculture empire
I love what you are doing! It's exciting to see a visionary thinker with the capability to try things on a grand scale and the platform to share the results with a lot of people. I'm glad you post some of the criticism you get and let people discuss it. I think there are some good ideas on this thread. I think it's totally fair to use kickstarter money for land improvements as long as you are upfront about what the money will go to when the people donate. If some people aren't comfortable with that or they want information specific to their extreme Canadian climate those people don't have to give you any money.

I'm curious what your hesitation is with sharing more financial details. Privacy? It would be helpful to others thinking of starting similar projects...how much $ for land? trackhoe? structures for housing volunteers? Maybe some of this information is already out there in podcast form. I'll admit I haven't heard any of the recent ones.
show more
6 years ago
tinkering with this site

porta-cabin - love shack
Looks really cool thanks for all the info. Is there any bracing between the skids to prevent the whole house from flexing if you drag it over any uneven terrain? or is it not meant to be moved? Thanks.
show more
6 years ago
wheaton laboratories
Portland: Anyone have an abundance of Comfrey or Sunchokes willing to let me take a few shovelfulls?
I'm in an urban 50X100ft city lot. I just planted some fruit trees and I'm hoping to establish a food forest type thing in a section of my yard. I've heard great things about comfrey being planted near trees. I would use it to mulch/fertilize the trees and the veggie gardens. I also have 6 chickens that might like to munch some.

I'm planning to put the sunchokes in the sidewalk strip (4ft wide space between the sidewalk and the street). They would be getting full sun. I was also thinking that it would be cool to interplant them with some sunflowers. I wanted grow pole beans up them and maybe squash on the ground level. Basically the "three sisters" with sunflowers and sunchokes instead of corn.

Anybody have any advice or thoughts about those ideas?

I've heard both these plants can be difficult to control so I thought someone might be ok with me coming to their place with a shovel and helping them keep these wonderful plants from spreading to areas where they aren't desired.

I'm in Northeast Portland near NE 14th and Ainsworth. I'd be happy to do some work or arrange a trade for the plants. Thanks!
show more
6 years ago
cascadia
Chickens love raspberries
My chickens used to love the raspberries. They would eat any they could reach but their wings were clipped so that only meant about 3 feet off the ground. They would follow me around when I was harvesting raspberries and race to snatch up any that fell to the ground. I would toss any bad berries down to them and they would clean up the mess. Be careful with the bowl of raspberries you are holding, they might peck it out of your hand.
show more
7 years ago
chickens

deep roots - an alternative to buying land at wheaton labs
Hi Paul, All the messages in the forums do add clarity. I wasn't trying to imply you are doing things wrong and I'm sorry if that's how it came across. I've listened to about 8 podcasts but not for a couple months. I should catch up with the recent ones. Maybe the issue of zoning/regulations has already been discussed in a podcast or another message post.

I'm happy you've been able to get so much money from friends who trust you and I'm really excited for you and your land. I'd like to come check it out sometime. I'm a very practical person so for me it would be hard to plunk down that kind of cash without a written agreement. Other than that hesitation, I think I'm the type of person you would want around.

One last thought which I hope doesn't offend: You seem to be attracting only people with a huge faith in you personally. You should take caution to avoid any cult-like dynamic from forming. Critical thinking, healthy skepticism, and questioning authority are good traits for community members to have in my opinion. Especially with the "benevolent dictator model" you are proposing. I'm just trying to add to the discussion, so I hope this doesn't come off as an attack.

deep roots - an alternative to buying land at wheaton labs
Really cool idea. I like it, but I agree with the post in the earlier thread that something should be written down before the money changes hands. $20k is a lot to put on a handshake. Both sides will have assumptions that may turn out to be false. Writing everything down provides something to refer back to and clarify our memories about what was agreed. I learned that from Diana Leafe Christiensen's book "Creating a Life Together".

I'm not trying to be overly critical, I just think it's better to get concerns worked out in the planning phase of the project.

Another concern: Are there zoning or building codes on this land? What if the county or some other regulator comes in and decides that they don't like all the people or that they don't like what you are doing with all your poop? How would that be handled?
show more
7 years ago
wheaton laboratories

Worm bin under chicken coop to catch droppings?
Thanks for the replies. My coop would house 3 hens and I was envisioning a worm bin about 3feet by 6feet and 1-2 feet deep. The chickens would have an enclosed outside run about 8feet by 12feet and would be occasionally tractored in the garden. This is for a Portland, Oregon city lot 50x100feet. My main goals are eggs and fertilizer for the garden. I was intending to add lots of leaves, straw, kitchen scraps and other carbon material to the worm bin to try to keep it balanced.

After researching a little more on the internet I found someone in Peru roosting chickens over a worm bin Their design had an added benefit of catching vermicompost tea in a bucket. So they pour water over the worm bin to keep the worms moist and create more tea. I wonder if that would dilute the manure to a worm tolerable level if done every few days.


Make sure that your worms have plenty of depth to hide in/eat in if the fresh chicken manure is too ammoniacal for them. Also, try adding layers of newspaper on top of the worm farm every couple of days, or at least once a week so the layers of manure have an opportunity to mature before they get to where the worms are.

I would recommend you look into cultivating some oyster mushrooms in straw and using the cultured straw as a layer instead of the newspaper (or culture the newspaper or use cultured cardboard instead.) Oyster mushrooms are particularly easy to cultivate and they will add an extra level of processing the chicken manure so that it will be easier on your worms. Mushroom cultivation is beyond the scope of this post, but for more information I'd recommend 'Growing Gourmet and Medicinal Mushrooms' by Paul Stamets for all you need to know, and more. If you just need a mycocultured substrate to use you could either use spent substrate or not even worry about processing for harvesting – just get the mycelium going and dump a layer of substrate where the manure falls.

Lastly, I'd recommend two things in your worm farm design:
1) A space which is large enough for your worms to live where no chicken manure will reach. This way if the manure section is uninhabitable, the worms will hang out in a different area and they will be safe. You could even consider making a rotating design – once every 6 months, shift the worm farm so that the older manure is the 'safe zone', and the new manure falls on the old 'safe zone'
2) If possible, create a zone where the worm farm occupies space within the chicken run, and make it quite a lot shallower than the rest of your worm farm. This way your chickens will occasionally harvest the stray worm who venture into the chicken run zone. If your worm population explodes, I would expect that there would be an abundance of worms in the shallow end which your chickens have access to – and they will soon figure out that this is the best area for finding worms. Free protein feed for your chickens and free population control for your worms!

Worm bin under chicken coop to catch droppings?
I haven't seen this idea anywhere before and I'm thinking of trying it. I thought I'd post here to get some feedback before I do something stupid.

So the chicken coop would be built with a heavy duty wire fencing as the floor. Below the floor is a worm bin. The fencing will allow manure to drop through but prevent the chickens from eating the worms. Roosting bars above the fencing floor section will encourage the chickens to sleep where their manure will drop directly into the worm bin. The chickens would also have nesting boxes to lay eggs with traditional bedding.

Here are the benefits I see:

Eliminates the step of transferring the manure/bedding from the coop to the compost pile.
Can feed the extra worms to the chickens.
Less cleaning and bedding materials needed in the chicken coop
The warmth of the chicken coop will help prevent the worms from freezing in the winter.

Will the worms be happy with so much fresh manure?
Will the chickens be happy with wire fencing as the floor in the coop? (maybe wood slats instead)
Will the high moisture content needed for the worms make it too humid in the coop for the chickens?
It might be difficult to access the worm bin for turning and adding food scraps.
Would it smell worse because the manure would stay damp instead of drying out?