Do we really want to be pioneers or homesteaders?

Robert Ray wrote:Cultural Misappropriation is another thing that just boggles me, but fall along the same lines. If we truly are a melting pot in the US ( and my ancestry appears to bear this out) why don't we celebrate what we all have to bring to the table/wardrobe/hairstyle?
The "Commons" is a little different if we look at Great Britain and the US. Cross cultural similarities is a hard thing to nail down sometimes.

Indeed human prehistory and history is full of cultural diffusion of diverse traits.

I also do not see how we can avoid "cultural appropriation" given that humans naturally copy what they see, whether from their own or other cultures.

I think the line would reasonably be drawn when the imitation is seen as mockery, as for example, the use of "black-face" by whites, or Hallowe'en custumes which imitate another ethnic group. Those are not legitimate exercises of the cultural traits in question, in any case.

A good example of the inevitability of cultural borrowing is in music. Some call this "stealing", but if that is the case, all types of music are guilty of it. African-American blues, for example, has diverse roots, in W African, Celtic, English folk music and other sources. Jazz was influenced by Jewish Klezmer music. Country music was influenced by Mexican corridas. And so on and on and on...

I lived for years among Mexican people and so I tend to eat beans and tortillas with my breakfast eggs. My speech is riddled with aspects of my native Appalachian culture, African-American, Jewish, Spanish and other elements. The USA is like that generally, as you say, a real "melting pot", and in that this country is not unique. Mexican culture combines elements from indigenous, Spanish, French, German, Jewish, Filipino, gringo and other sources. In Spain I encountered cultural traits of indigenous Iberian, Greek, Roman, Visigothic, French and other origins.

Human culture is a wondrous thing, though some of it is abominable, but generally it is positive and interesting and we should not feel constrained from participating in all of it!
show more
1 year ago
ethics and philosophy

favorite kinds of mayonnaise and magic mayo method
Background info: Mayonaisse is a French word, but this food item originated in Spain, and is named for the city of Mahon in the Balearic Islands. The original name in Catalan is "salsa maionesa", in Castilian "salsa mahonesa".

I should mention another type of sauce originating in the Catalan-speaking world: salsa romesco, which originated in the area of Tarragona, Catalonia. It is made of tomato, olive oil, almonds, hazelnuts, in varying proportions. When I lived in Barcelona I ate a lot of this condiment. There are many recipes for making it online. Why this has never been introduced to the USA I can not imagine.
show more
1 year ago
cooking
A Stupid Fantasy or a Calling? Please help!

I brought up the desire of wanting to live on a farm, growing our own food and maybe running a CSA and quitting my job.  I also would love to home-school our child.  My husband tells me that I just have a fantasy and that running farm is a lot of work and he does not want to do it.  But I don't think it's a fantasy, i believe it's my calling in life!  My husband suggested building a small green house in our backyard for me to grow things to get it out of my system basically, but I plan on signing up with a local Wwoof host to start learning how to run a farm on my days off.

I have been looking at farms for sale all across the US for the last few months and if we sold everything, we could buy a farm for cash in a less expensive part of the country.  Then if we get solar panels installed and if the farm is on well water and septic tank, we could potentially become self sufficient and not stressed out about big living expenses as we get started.

Anyone else on here in the same predicament?  spouse not on board? thinking it's a fantasy? Maybe grandparents and father mourning the farm life has made me subconsciously fantasize it?  I'm trying to figure it all out!

In my opinion you are entirely on the right path! I am interested to know what is your ethnicity, if not Persian? Of what religion were the people there, if not Islamic? I have had a lot of Iranian friends in L.A. and know how badly things have gone since the "Revolution", under the Ayatollahs.

I'm from the USA, from old Appalachian families in West Virginia, and I have the exact same dream you have. I've been farming in various places on land I don't own, now live with my original true love in the Piedmont but would rather move to the mts in WV, but she won't do it...

Of course you can grow food almost anywhere, but your idea of being in the Pacific NW is good... I used to live in Western Washington. It is nice, and lots of wild food in the forests there!

Good luck with all this!
show more
1 year ago
permaculture 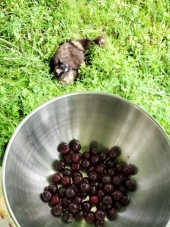 What's your favorite native/wild fruit to harvest and eat?
I see some posts from outside the USA. This reminds me, when I lived in Guatemala once I was in the woods and heard repeated thumps, and walked around trying to figure out what was happening, and discovered that they were avocados, large ones, falling and hitting the ground! I looked up and they were growing everywhere! This woods was not tended, but may have been an old orchard. I imagine the plant life was generally tended and there was much cultivation going on when the Mayans ran things.

I am frustrated with the situation here in the Piedmont where the forests have been repeatedly logged, and many are now given over to monoculture plantings of loblolly pines, if not simply overcrowded spindly oaks of various species. I have to get up into the mountains to the West to really find much variety of trees.

This makes me want to plant trees! We put in a few hawthornes, a crab apple, and a black walnut, all still just saplings.

I'm much in sympathy with the Zorastrianist notion that nature can be improved, than humans can design the array of plant life to make everywhere a garden! An ancient precursor to permie thinking!
show more
1 year ago
wild harvesting 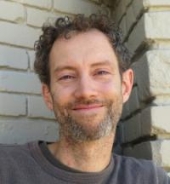 I really like elderberries! So, I will be eagerly reading the posts on that topic.

I used to gather them in the southern Sierras, and I'd stand there eating and eating... yum.

I'd dry them still on their little stems, in clusters, in paper bags. Then they made an excellent addition to herbal tea!

Thanks for your work on this amazing plant.
show more
1 year ago
food as medicine 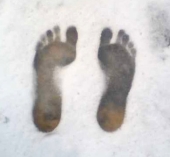 Hank Fletcher wrote: I knew I wanted to stay as much on pavement as much as possible and stay off the sidewalk.

My suggestion is that you find a dirt path or grass to run on. Pavement is hard and will wreck your knees, and do so even faster if you're barefoot.

At first the irregularities, pebbles, etc., will bother you, but one's feet become accustomed to that. I can walk over gravel and other surfaces on which other people cannot walk at all.

The hard paved surfaces are eroding your knees, I'm quite sure.
show more
1 year ago
ergonomics