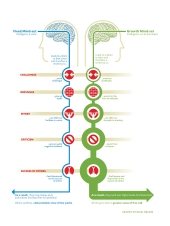 
Without the challenges, you can never be fucking awesome!


Well Said!
show more
5 years ago
meaningless drivel
a different kind of swarm
this has been a big deal for me, the decision fatigue and just the sheer amount of urgent things that need to get done. So what I have found that has helped me - it might not help anyone else but it works for me is, I broke up the acreage into sectors and I go from one sector to another everyday - I make the rounds so to speak. I spend 1 hour in each sector doing what I can until I can knock out the bigger things. Then I have the peace of mind that I have gotten a lot done and eventually it will all get done if I keep working at it a little at a time. I even made up a roster. That way I don't get completely overwhelmed by the sheer amount of work I have to do.
I forgot to say thank you to Paul for starting this thread - it helped me to identify what I was struggling with and get organized better - which really was huge for me

show more
5 years ago
tinkering with this site
Great Pyrs and hip displasia
I never thought of that! I take DE for my joints and I didn't make the connection that it could work for dogs too. My GP is a puppy right now and I was thinking to add some de to her water. She is going to be HUGE if her paws are any indication. How much de do you give them? Glad you mentioned de!
show more
5 years ago
dogs and cats
pigs as companion animals
thanks, that's good to know! If I strung up a line of electric, low, would that be enough to hold the pig? Has anyone got a picture of how they fence in their pigs(especially around blackberries), I need visuals.

show more
5 years ago
pigs
who has ideas for new forums?
I have a suggestion for a new forum topic probably under Building, could you add FENCING as a subgroup?

I am having a HELL of a time with fencing and it would be really helpful to me if there was one place I could go for info.

just a thought
show more
5 years ago
tinkering with this site
pigs as companion animals
I know nothing about pigs at all, other than that they root stuff and like blackberries, I have A LOT of blackberries. My two goats are doing a good job on the green stuff but I am seeing new shoots around the old canes already. Can I just stick a pig in with the goats?

show more
5 years ago
pigs
Puppy killed sibling
I know exactly what I would do, I would put them down.

show more
5 years ago
dogs and cats
oak/chestnuts ok for goats?
Our set up has a lot of goat forage, we have masses of blackberries, wild roses, garry oaks, poplar and a few chestnuts - not the kind you can eat but they do have a big nut. There are several varieties of grasses. They mainly browse and I will bring them the occasional apple tree pruning. I just have two goats at present. I had almost bought two "mini" nubians but they were wild and looked sickly - it turned out they had Johnes disease!! good thing I didn't bring them home!

After much research I had decided on the Saanen. I want the Nigerian Dwarves but I think they'd escape too easily and I want to start with unrelated kids around the same age, which has been hard to find. We have pallet fencing which the pygmy leaps up and over then he opens the gate and lets the Saanen out. I chase them back in their pen daily, well "drag" is a better word than "chase" unless I grab a blackberry branch and dangle it in front of them, then they follow pretty readily. Early this morning I was putting blackberry canes sort of like concertina wire along the top of the pallets as a deterrent. We shall see how that works out.

I plan on breeding the Saanen when she goes into heat and slowly build the herd that way, which will mean adding more housing for them. So far I've enjoyed having them, they are quiet and tame and are getting used to us. They seem to really want a human around at all times.