Observe (I find this the hardest).
What do you want to accomplish?
Look at how the energy is captured and stored.
What is the yield?
How is the "waste" recycled?

Once you have done those, you can...

Use the patterns you see to design.
Integrate the designs for redundancy.
Use small and slow solutions.
Use a diversity of plants.
Use and value the edges, even if you have to create them.

show more
1 year ago
forest garden
What are Shawn's 'three brothers'?
It seems that with the "three brothers" you have to many plants that occupy and produce in the same soil level. Limiting overall yields.

show more
5 years ago
permaculture
Community Startup Question
"It's about being organic, man", it's about not starting a community, but inviting people into our everyday lives and seeing where it goes. Every "community" that I've been involved in, that worked, had a natural organic growth with ebbing and flowing of people count as well as direction. Some have continued on past my involvement, others have not. Death is natural. That's okay. I think it's in our desire to control that we lose control.

Sorry, I'm having a hard time summing up my experiences, without using ethereal examples.

But I stand by the statement of opening up your everyday life to people, they see the good, the bad, and the ugly. Then there is no shock down the road. It reminds me of watching my boy play yesterday. He walked up to a boy playing in the dirt he'd never play with before. He stated his name, age, and that he wanted to play. When conflict arose, they stated what was the matter, it got worked out. An hour later when we had to leave, they parted ways having had some fun.

Oil seed pumpkins
I found a local to me seed company cares a strain of these.

Might have to try them out.
show more
7 years ago
plants

Let's talk farmer's market sales statistics: year-to-year sales, best sellers, first-year costs
The best way to answer your question about farmers market numbers is with the permaculture answer, "it depends". I don't think people post dollars, because they wouldn't be any use to you, since you live climatically somewhere else, have different veggies at different times, and populations to draw from with different preferences.

We had the same problem with pricing veggies at markets. Where do you start? We went to markets saw prices and marked ours accordingly. If it's something that we can't price well we don't grow it for market. 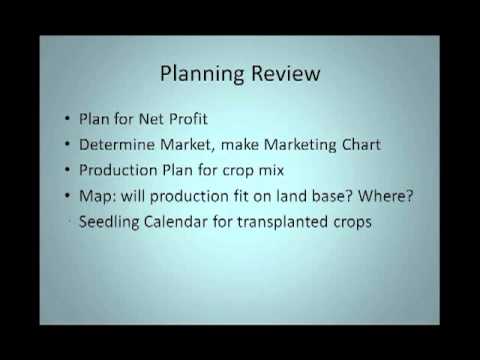 Farm Income business plan help
I think the most helpful business building block that I've found is the enterprise budget. Richard Wiswall in his book, "The Organic Farmer's Business Handbook" uses them to weed out unprofitable parts of businesses. There is no reason to reinvent the wheel. Most county extension office have free excel worksheets that list most items you'll need for that aspect of your business, you just fill out your costs.

That said, two things I've learned in business is:

Don't be married to your business plan. It needs to be flexible, so it can change with you and your market needs. And don't be afraid to update it.

Secondly, treat every one of those "elements" of you business as it's own business. They my share infrastructure and other things, but they are a business all unto themselves.

If you need help finding those enterprise budgets let me know and I can point you in the right direction. You'll have to fill out your local costs and wages.
show more
7 years ago
farm income