Silas Rempel wrote:2nd willing to follow wherever the Lord leads me.

Why where the Lord leads you?  Suppose the Lord is leading her somewhere?
show more
3 weeks ago
permaculture singles
Dealing with the unsavoury folks among us

Ben Zumeta wrote: the statistics on guns, their relationship to the owner's safety, and who actually falls victim to their use (the owner, and those closest to them are far more likely to be harmed by them than any criminal), might give caution to those who consider their usefulness for protection.

I would feel the same way about the other suggestion of "a pocket knife".  Unless you are experienced in the wielding of one, carrying a knife is probably the best way to get even more hurt yourself than the person you are trying to defend yourself from.  With any knife, you have to get real close to the other person to have any effect with it, and then they'll have it straight off you as they probably come into contact with knives far more than you do.  Just waving it from a distance is only likely to rile them, make them laugh or encourage them to come in and get it off you.  This is what I have told my son who I found sleeping with a knife under his pillow because it "made him feel safer".

Myself, I favour a 30" blackthorn stick which I am very experienced at waving around at close quarters and NOT hitting people with, so I reckon if I ever wanted to actually make contact my spatial awareness of it would be acute enough I could make it felt. At the very least I could poke the antagonist and keep them away from me.

Or the pepper spray.
show more
2 months ago
rural
Which of these useful flowers should I grow?
Musk mallow Malva moschata.  It arrived by itself on my allotment and I find it a very useful mild-tasting filler in salads with a long growing season.  Flowers are also edible and attractive to pollinators.  It seeds itself willingly but is also easy to remove should it spring up somewhere you don't want it.
show more
2 months ago
flowers

Meeting that special someone with values similar to yours - at a permaculture workshop or event
My question would be, why not set up events which are specifically designed for singles?  How would you do that without it degenerating into some kind of swingers event?  Singles cruises are a thing, for example. If word got out that PDCs are a hunting ground for singles, it might become rather off-putting for those who are attending for the course content!
show more
2 months ago
permaculture singles
Uses for Russian Olive wood?
Russian olive I understand is Eleagnus angustifolia.  The fruits on Eleagnus ebbingei are quite pleasant to eat.  Maybe if the one grows well, the other would be worth trying to introduce.
show more
3 months ago
trees
interested in homemade mince pie
One year I made old-fashioned mince pies with meat in.  They were fab.  I used roast wild boar because that was what we'd had for Christmas.  Finely chopped meat, currants, suet in roughly equal proportions, not much sugar but still some, spice, salt, moistened with apple juice I think I used because I didn't have rose water or sherry.  Might have used cider.

A Permie Post-Christmas
I sometimes make bunting from wrapping paper and garden twine.  I was thinking this year it would make a small gift to post to friends.  Like others on here I also make gift tags from the greetings cards.  I seem to be building up a stash - it would be nice to bundle them up and sell them for charity.
show more
3 months ago
recycling
physical books?
The book that first woke me up to the whole idea of self sufficiency was The Complete Book of Self-Sufficiency by John Seymour.  He also wrote a more focused volume on the Self Sufficient Gardener, which I gave away (or rather lent without any real expectation of getting it back, to a homeless project).  It maybe that when I leaf through this book the thrill of inspiration I get is largely nostalgic though!

Another book I would like to recommend is A Pattern Language by Christopher Alexander et al.  It's not about permaculture as such, being primarily about architcture and town planning, but it does have some beautiful insights into designing living spaces at many scales that allow human beings to thrive.
show more
3 months ago
gardening for beginners 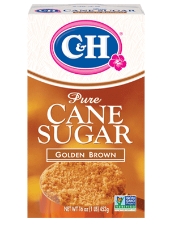 Whatever happened to real brown sugar?

Linda Secker wrote:We can still easily get it here in the UK.... we call it soft brown sugar which comes in light and dark.

I'm trying to work out whether it really matters.  I can buy unrefined cane sugar from a health food store but it's come from Argentina (environmental questions) and costs twice as much.  Whatever it is that's "good" about less refined sugar is presumably "best" in molasses, so does it really make a difference if you get to brown sugar by partially refining the raw product, or making very refined white and then mixing it back in with molasses?
show more
3 months ago
cooking

I would say you need to tackle that erosion, your instinct is right, it will be taking away nutrients and soil resources from your land.  Where is the water coming from that is feeding the ditches? Is it good quality clean water or is is loaded with nasties from someone else's actvities?  This might influence what you want to do with it.  If it's loaded with pesticides and you have plenty of water yourself, you may wish to pipe the ditches and get rid of it, but in a way this is just shifting the problem further on down the catchment.  If you want to turn it into a positive thing, you need to slow that flow.  Building swales on the contours will allow anything the water is carrying to settle out and the water itself to infiltrate the land.

Maybe the ditches developed from when the bulldozing and building work was going on and the water is now captured in other ways before it reaches this hilly spot.  I would still look into creating swales or sediment traps in case it is a seasonal event. Maybe a series of dams to delay occasional floods and allow the water to travel sideways into irrigation channels.

Housing developers here are starting to be required to build SUDS into their plans - Sustainable Urban Drainage Systems.  Basically these take the appearance of ponds which are dry most of the time but catch water from flood events and release it slowly.  Seasonal ponds are good for a lot of wildlife as fishy predators do not get a chance to colonise.
show more
3 months ago
tips for awkward spots