thanks
Chris
show more
1 year ago
paul wheaton
Should I turn the compost in my worm bin? It's compacting.
Hey Chip,

thanks for the advice. I'll let them munch through the food they got and then stir it up a little.

show more
5 years ago
composting
Should I turn the compost in my worm bin? It's compacting.
Hi everybody,

I'd like to know if it'd make any sense to mix up the compost in my worm bin. It's been about three month since I last harvested and I'm not planning on harvesting anytime soon.I recently dug a little into the compost by hand and noticed that down below it was not fluffy at all. Still I found some worms, most of them seem to stay topside though just underneath a bedding of shredded newspaper and the like. Is there a danger of the parts down below turning anaerobic because of a lack of oxygen and would it therefore make sense to turn the whole content of the bin over? The inside measurements of the bin which is built of untreated pine wood are roughly 23 x 15 x 15 inches. So its not a gigantic system.

Tomato stem rotts away - what to do?
Hi everyone,

my name is Chris. I haven't been very active on the forums so far but a huge fan of Paul, his project and everything it entails. Today however I am in the need some crowd wisdom. I had some fifteen tomato plants growing in grow bags on my balcony. One by one they are being taken down by some dark power. By this morning yet another plant has been the target of whatever haunts the grounds outside my living room window, bringing the toll to eight victims within 2 weeks. All plants were looking mighty fine and strong when I transplanted them from yoghurt cups to the 5 gal. grow bags. They were put into tubs which had about an 1 ½" of water standing, so bottom fed. On top I put a layer of wood chip mulch. The earth itself was a mix of coconut coir, aged horse manure, worm castings and some horn shavings. All bags contain the same mix. Any idea what has gotten to them how to prevent it from taking a shot on the remaining bunch?
One thing to add maybe, the bags have always been moist. From the lower parts which were submerged in water 1 ½" right up until underneath the mulch layer. Could overwatering be a factor?
I added some pictures that show, that the root and adjacent stem look ok as well as the upper part of the plant. Something has gotten in in the middle somehow...

Thanks in advance
Chris 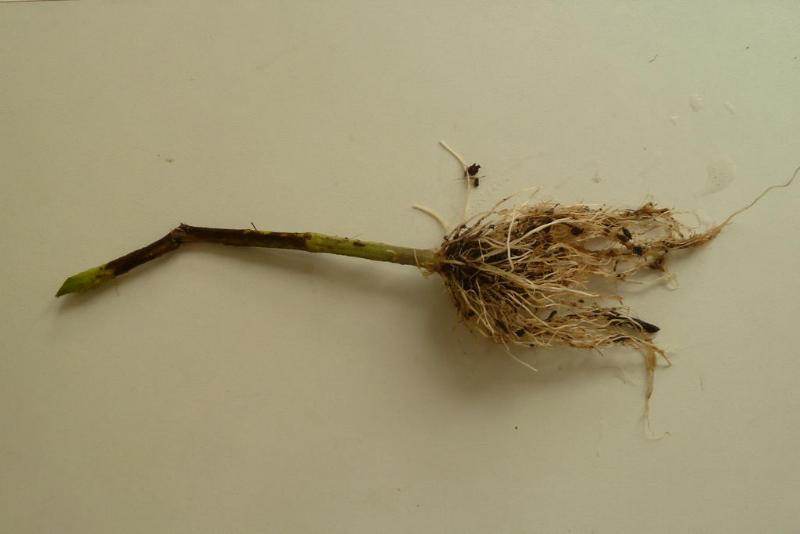 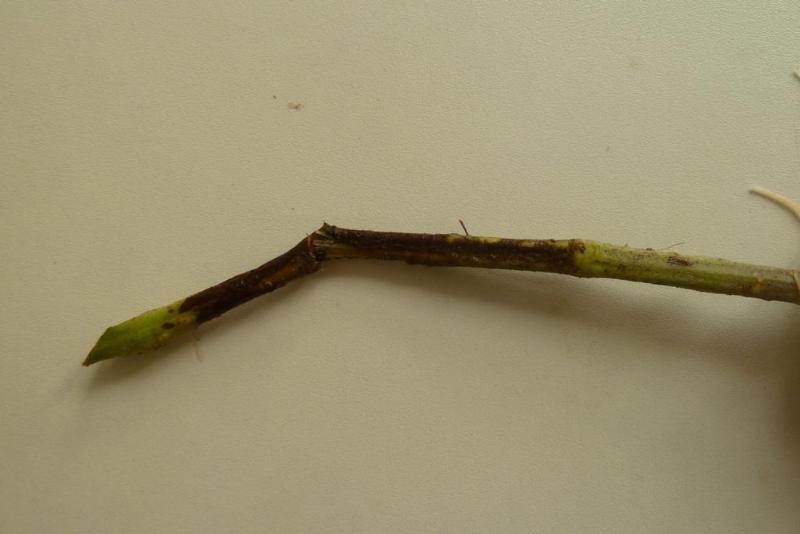 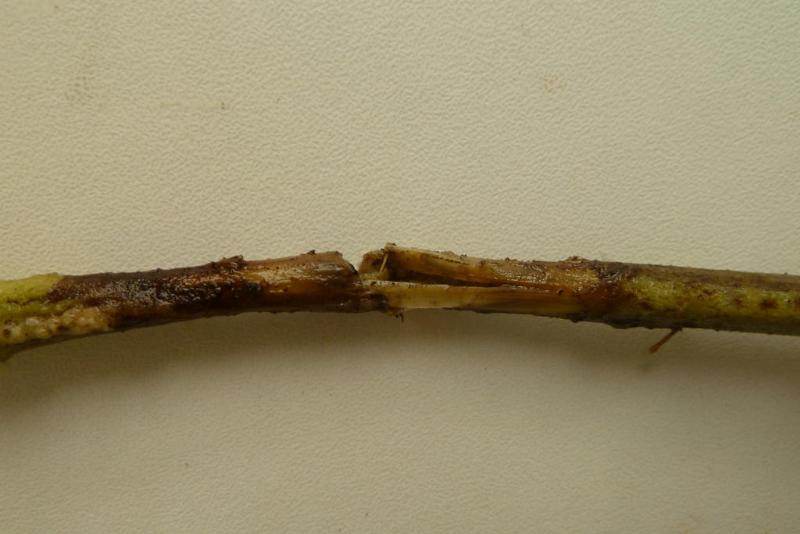 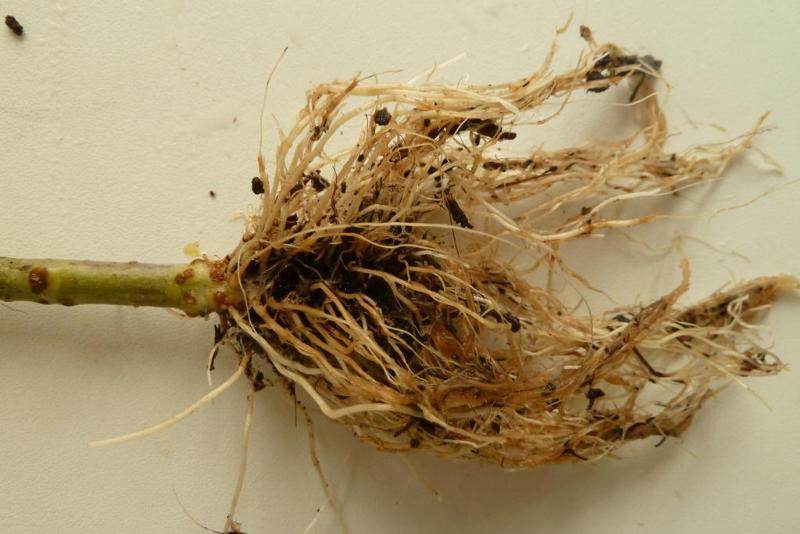