Meadow Voles in the Winter

Mike Haych wrote:I'd be interested in hearing from anyone who has some first hand experience. I can google as well as anyone but it hasn't been productive - I've not come across anyone who clearly states that they've done what they say works.

listed in order of effectiveness and cost; 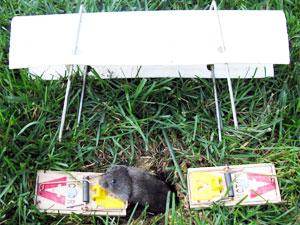 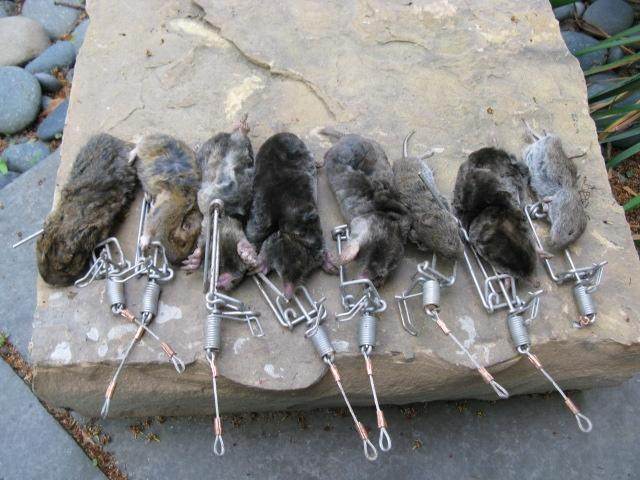 2. momma cat - NOTHING hunts (and harvests) better than a mother with kittens to feed. Coyotes ate my last female cat and the remaining male only likes to eat birds. Seriously, I killed a vole and tossed it in the cat food dish.... picky prick ate around it. I finally removed it after three nights.


If cost is an concern, I'd suggest traps. Buy once, zero upkeep unless you send one through the lawn mower. Cats require food and some form of security, so the neighbors dogs (and coyotes, owls, hawks) don't eat your vole killers. 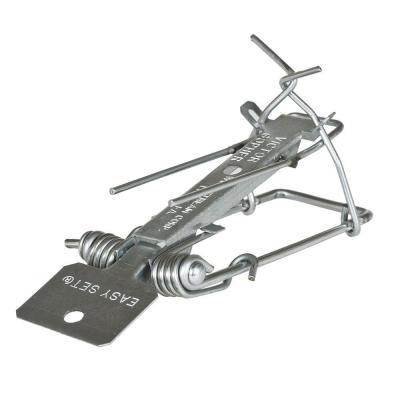 Trap in the second pic works better than these Victor #0610's

Why is the barrel not covered in a RMH?
Ease of removal. It is my understanding that "fly ash" (the light gray floating stuff) needs to be cleaned out periodically. Removing the barrel makes it much easier to vacuum out that section. Plus you can inspect for creosote.

BUT - I do not have a RMH, so I'm just regurgitating info I've read here.

MY 22.5ft Hemlock Dome Green house
How are things running? Any thoughts on how much you'll be able to extend the season?

- L. Daniels
show more
4 years ago
greenhouses
Preserving skins for fleshing
If you have freezer space, fold the hides in half - skin to skin. You can stack them but make sure they're frozen before you pile too many on at once. The hair will insulate and prevent the inner skins from freezing, rotting the hides.

I'd say remove the salt. Since you haven't fleshed yet, you're only dehydrating the fat/meat that you want to remove. Not the skin.

If you can't freeze them they have to be fleshed, stretched, and dried. The hides can be re-hydrated when ready to tan.

You can tell if it is too late by hair slippage. Try to pull the hair from the hide. It should stay put.

Breed and egg quality
I'm guessing you have a barn yard mutt of the breed Ameraucana (crossed with a barred rock) Easter Egger is another common term for green/blue egg layers. I have a few and I like them. My oldest is 6 years old and laid 2/3's of the days during peak laying season.

Looking for advice on mixing groups of chicks
I also suggest waiting until the younger chicks are physically big enough to defend themselves, or safely escape.... have as much coup and run space as possible. There will be some rearranging of the pecking order. It could get ugly. I watch mine for a few days after combining, making sure the lower birds aren't being harassed to much.

MY 22.5ft Hemlock Dome Green house
Coming along nicely. Is there anything under the raised bed floor insulation? Looks like 1" ridged foam board on top of compacted crushed rock. Any plans to heat the bed? Or just insulate. 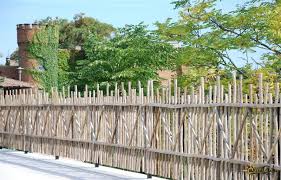 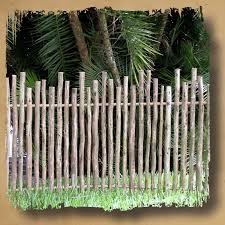 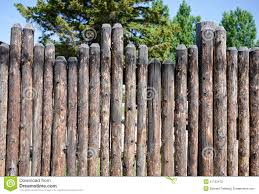 I'd say pole fence is an accurate description of the original fence picture.

Jesse's Ant Village Videos
I enjoyed listening to your plans. Thanks for sharing.

dailyish email settings
oh crap.... it just worked for me. I was only subscribed to the daily email though.... Edit to add...only the "permaculture stuff" box was checked.


- L. Daniels
show more
5 years ago
tinkering with this site