Jen & Josiah's Permaculture Project in Texas
Congratulations!! I'm glad that I got to know you both at the PDC and look forward to reading about your permaculture adventures.
show more
3 weeks ago
projects
Best spots for roots plants ?
We are growing codonopsis and dandelion along with lots of other culinary and medicinal herbs in a hugel bed and they are doing very well.  I haven't pulled the codonopsis yet but the dandelion get big in one season and the ones I've pulled have long healthy roots (up to 6"). My hugel bed has a base layer of big logs, then small logs, dirt, wood chips then topsoil. The small logs are fairly near the surface in some areas (2-3" deep) but that doesn't seem to be an issue.

We used the wood chips on top to help fill in gaps along with the dirt. The first year this bed was in production I pulled a plant that was doing much better than those around it. The root system was huge and some wood chips came up with it since the roots were wrapped around the chips, which had fungi growing and breaking them down.

The culinary herbs are going crazy. My lemon thyme plant is about 3 feet across and always busy with pollinators. The raspberry is insane and has spread 6 feet in every direction, so next year they get moved around the property so they don't take over more than they have already.

Maybe try it out with ashwagandha and dandelion first before starting the ones that don't mature for several years. In my research, most of them do not like to be moved once they are established. Or plant some in the hugel bed and some in a bed with deeper soil. That would be a really useful experiment.
show more
3 weeks ago
gardening for beginners 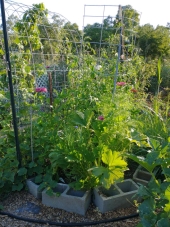 Do I need to rotate tomatoes if I plant cover crops?
Over the years I have done a little bit of both rotation and selecting for plants that are resistant to tomato ailments. I generally do a 3 year rotation but I haven't stressed about it too much. My current batch of tomatoes are in the same bed as last year and we've had no problems or losses. Over the last 20 years or so I have ripped out any plants that show problems and only save seed from the healthiest plants.

I do plant rotation more for nutrient availability than for disease prevention now.

If you intend to plant in the same place year after year any new virus or fungus will may take hold and you could lose a lot of your crop. But you could also save the survivors to breed a resilient tomato. It all depends on what you want to achieve. All of my strategies are dependent on saving seed. If you buy new seed or plants every year then you will have to be more careful.

I've never used cover crops as a way to prevent disease. Usually it's for nutrient and biomass additions to the soil, which will make a healthier soil and a more balanced microbiome.
show more
4 weeks ago
gardening for beginners

The aging homesteader
Staying as active as possible while still allowing for injury recovery can be a tricky challenge. My husband and I are both in that category right now. I tend to err on the side of over-doing it.

One thing my physical therapist said that has stuck with me is that she'd rather work with injuries from over-exertion than under-exertion. They are easier to treat and heal faster because these people have more to work with as far as muscle and tendon strength.

Think about it. If you're sore from sitting around too much how do you take it easy to heal? That's like the old George Carlin joke. "What do dogs do on their day off? It's their job to lay around."
show more
1 month ago
homestead 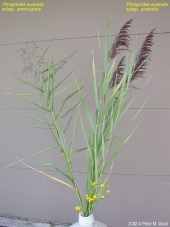 The Mighty Phragmites
Phragmites is also used in Traditional Chinese Medicine to clear fevers, coughing and congestion, and help with stomach issues such as vomiting.  The stems are used in this case. I've used them myself and they are a mild, but effective herb.

FYI the type used in TCM is Phramites communis or common water reed, which sounds similar to australis.

From the book of Native American Ethnobotany Phragmites australis was used to treat diarrhea, and the sugary sap was used in pneumonia to loosen phlegm and soothe lung pain. The stems were dried and beaten with sticks to remove the sugar crystals, seeds were used for food, and the sap collected and used like candy. It was also extensively used as fiber, splints for broken bones, making arrows, and a lot of other functions. 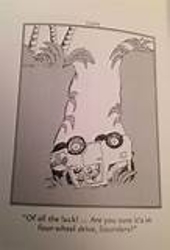 Gary Larson
I agree Pearl. I often accuse my cats of having an intellect as good or better than humans, then hiding the fact because it's amusing to watch us go about our day thinking we're the smart ones. I never saw them commute to a day job so they must be superior beings.

I've never accused my chickens of being smart though. Maybe they're just better at hiding it.
show more
1 month ago
meaningless drivel 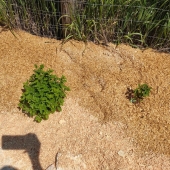 Help identify this plant.
It definitely has the mint-like leaves of lemon balm. My balm is more rounded with scalloped edges though. Crush some and if it smells lemony, that's probably it. It could be catnip too, which has it's own distinctive smell.

A close-up is needed for better identification, including the stem.
show more
1 month ago
plants 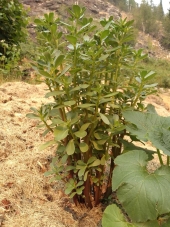 Favourite uses for purslane?
I usually use purslane raw in my salads. I like the slightly tangy flavor and the tender crunchiness. Even in this crazy heat it stays tender.
show more
2 months ago
cooking 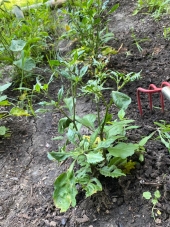 What’s wrong with my pepper plants?
I had very similar plant growth on my citrus after repotting with an organic potting soil. I'm pretty sure it was contaminated with a persistent herbicide. After repotting with a new potting mix that I make myself, the citrus are all miraculously growing perfect healthy leaves. The old ones were twisted and thin.

My peppers are growing in nutrient depleted soils and most are doing well with good leaf structure. At worst they're not setting fruit but then it's been 20-30F above normal here the past few weeks. About half are setting fruit and even some tomatoes have set fruit after the 105+F week we had.
show more
2 months ago
gardening for beginners