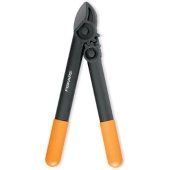 What's your favorite "chop and drop" tool?
Taiga-style machete. Yes it's spendy, especially with shipping, but it is very well made. I have been using it often for chop & drop in [syntropic] agroforestry systems & general bushwacking. As it's full-tang construction (the blade's metal goes all the way through the handle to the butt), it's held up well for years & I even use the saw feature on the spine. After spending some time in rural Central America, I noticed that a machete was the go-to all-around tool for pretty much everything: gardening, farming, wildcrafting... even mowing the grass! After that, I was convinced that I must have a well-made machete that I could take care of & pass down to future generations. As it is one of my most expensive hand tools, I routinely clean it after every use & oil it before storing it. I really like that it has a wooden handle and leather sheath as I am trying to avoid plastics these days. In fact, it took me several months of online shopping to find a well-made machete with all these features:
The Survival and Hunting Machete - Authentic & Original here appears to be the latest version & it's sold by den750920 on ebay.
The ebay seller fastline2015 appears to have a larger, more diverse selection of taiga-style machetes - both carbon steel for easy sharpening & stainless steel for very humid environments - from the same manufacturer.
I don't read or speak the language, but I get the impression that this might be the official manufacturer & seller's page.
show more
1 month ago
plants

Images of Fungi: share for teaching & education
"Amanita muscaria, commonly known as the fly agaric or fly amanita, is a basidiomycete of the genus Amanita. It is also a muscimol mushroom. Native throughout the temperate and boreal regions of the Northern Hemisphere, Amanita muscaria has been unintentionally introduced to many countries in the Southern Hemisphere, generally as a symbiont with pine and birch plantations, and is now a true cosmopolitan species. It associates with various deciduous and coniferous trees.
Arguably the most iconic toadstool species, the fly agaric is a large white-gilled, white-spotted, usually red mushroom, and is one of the most recognizable and widely encountered in popular culture.
Despite its easily distinguishable features, Amanita muscaria is a fungus with several known variations, or subspecies. These subspecies are slightly different, some have yellow or white caps, but they are all usually called fly agarics, and they are most of the time recognizable by their notable white spots. Recent DNA fungi research, however, has shown that some of these variations are not muscarias at all, such as peach-colored fly agaric for example, but the common name 'fly agaric' clings on." - https://en.wikipedia.org/wiki/Amanita_muscaria.
Found these images that are licensed in the public domain:

Libby Jane wrote:Get cloth diapers ready, learn about elimination communication if you're interested. Seriously reduced the volume of diapers we used and made potty training easier.

What is "elimination communication"?
show more
2 months ago
parenting

elle sagenev wrote:Just drop all of your preconceived ideas of how this will go and give yourself mondo amounts of grace.
I was famous for saying, I will never, or I will. Guess what, kids have a way of making it so you eat those statements.


This must be true, as it's been corroborated by many folks we've asked advice from thus far! :-)
show more
2 months ago
parenting

Kerry Rodgers wrote:Learn about baby wearing.  We got one of the mass-market baby carriers as a gift.  It wasn't horrible, but...  My wife eventually found that several of the "hippy" alternatives work much better, and baby-wearing was an absolute lifesaver.  I've no idea what technology the current generation is using on this front, but the benefits of learning to do it well are enormous.  Baby is happier, more comfortable, more attached.  Parents' backs are saved (at least enough to continue the parenting), and can actually get other things done (for the baby!) with a hand or two free. We had a hard time learning which one worked for us and how to use them, because we didn't start until the need was already great.  Practicing a little before-hand and asking other parents about it seems like it would've been a good idea.


Thank you! Does anyone have links to "baby wearing gear" that worked really well for them?
show more
2 months ago
parenting

3rd trimester advice
This is so great! Thank you everyone!


Nicole Alderman wrote:I found it helpful to think of all the songs before hand, so I didn't get tired of singing the same song...


Awesome. Thank you so much for sharing your list. Luckily mommy knows A LOT of songs. She's a musical theatre person! :-)

What are your top 3 pieces of advice -from a permaculture perspective- for the 3rd trimester?
show more
3 months ago
parenting

what fungi can be grown in pine?

John Suavecito wrote:Symbiotic mycorrhizal mushrooms grow near the tree, helping each other to grow.  Live tree.


Yes. Laccaria bicolor is an edible ectomycorrhizal that has a symbiotic relationship with pines.
show more
3 months ago
fungi

Favorite non-Wheaton podcasts?
I do love listening to the plants, birds & insects when I'm gardening & farming; I also enjoy chatting with the folks I'm working with. But many times podcasts are also great to listen to while gardening or farming alone, especially when loud machinery is running - a common occurrence on farms & even around homesteads. So here's my list of podcasts:

That's my list. Our podcast, The Story Connective with which we have several episodes covering the permaculture movement, is currently on hiatus until is scheduled re-birth later this year.
Cheers 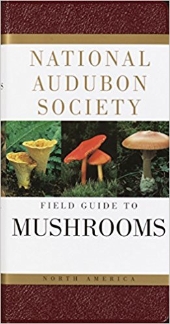 Books on Fungi
The Audubon Society Field Guide to North American Mushrooms by Gary Lincoff
...and...
All That the Rain Promises, and More... by David Arora

...are considered by many to be two of the best guides to mushrooms in North America.
show more
4 months ago
fungi