More talk about Growing Degree Days, less about USDA zones/minimum temperature
Now we're getting somewhere, I thank you all for the input! I myself live near a place that has a large weather station, and about next to it an arboertum that has some fruiting plants also. I figure there is a place to start to collect info on certain cultivars that they have, and thus the spreadsheet is born

. It would indeed be nice if there would emerge a more holistic way to say in what kind of area one lives, not just "zone 5". Before I figured that Köppen charts might be good, but they do not seem to be so accurate either, if one is a gardener

More talk about Growing Degree Days, less about USDA zones/minimum temperature
It seems that all nurseries only give the minimum temperature that a certain fruiting plant can take, but nowhere ever (unless you grow corn or wheat) anyone gives andy information on how much warmth fruit needs to mature. . It is vital to us here up in the north (Finland), since while the golf stream makes us approximately equivalent of Ontario and Michican in terms of minimum temperature, that does not take into account of the GDD that we get. We count here the temps above 5 Celsius, somewhere else in the world they might calculate above 10 C , depending on the plant I guess. Last year we almost reached 2000 heat units.
Every cultivar takes different amount of heat to mature. When searching for a persimmon to try, or pawpaw, this information is valuable. But no-one records them, why? So I am planning to get a cheap weather station that can calculate mean temperatures, and try to get some info on the trees and bushes that I have.
If anyone has reliable info on ANY cultivars in this regard, let it be known to all others also!
-Janne
show more
5 months ago
fruit trees

Northern plant trials, data gleaned from 100+ year arboretum at 60 degrees north latitude in Finland
Mustila is the most well known arboretum here in Finland, they do know their stuff there! And the seeds they sell are from known sources, most of the time from the arboretum itself. We just this autumn went to Belarus and collected some of the most winter hardy Juglans regia there is to be trial tested in Mustila.
show more
1 year ago
web sites 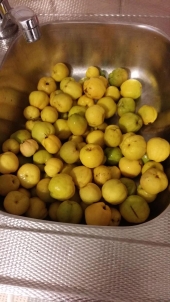 J Grouwstra wrote:Seed exchange with Scandinavia would interest me. My summers are colder, 16°C is my average temperature at the height of summer. My winters are warmer than the Scandinavian ones.

I did actually grow a Finnish field bean last year, called Hankkijas Mikko. If anybody in Finland has some info about this bean I would like to hear it!


Hi!
From what I could gather, Vicia faba 'Mikko' is evolved from old heritage varieties from eastern Finland, and it is the oldest listed commercial broadbean in Finland. I have two years old 'Kontu' also, I haven't checked how well will it germinate. It is the most profilic and early of our Vicia faba. I can send you some, if you are interested in trying.

I would just like to bump this again, how has the seed exchange gone so far?

I am looking at moving to Finland at the start of 2019 and am looking at starting my own food forest from scratch. Anyone in the Lahti area?

Well hehe..It has been totally quiet

. I've been busy bee sharing graft material, and not so much of seeds. I am from Helsinki, so it is quite near to go to Lahti, do you have some seeds that you need?

-Janne
Oh and if the quince message was for me, I'd have to say that those seeds I don't need right now thanks.
show more
1 year ago
scandinavia
Cold hardy citrus seeds
Thanks John for the input!
I have always thought that Cydonia oblonga is just an tree version of Chaenomeles japonica, when it comes to the fruits. I guess I must check the specialty stores for a quince fruit, to truly compare them.
If thorns are not an issue, I have loads and loads of the common variety seeds, collected from the fruits I collected. Also I may have 10 or so seeds from the Sirius cultivar, bred for fruiting and thornless, if that is alright. No idea how it compares to Cido though. Both are bred for fruiting purposes, one in Latvia, and one in here Finland. Ours will take -30C /-22F without damage. I have also never heard that late frosts would do any real harm to the flowers, but on this regard I can't say from my own experience.
-Janne
show more
2 years ago
trees
Cold hardy citrus seeds
Chaenomeles japonica, the flowering quince,  is used often here in Finland as a ornamental for its gorgeous spring flowers. We have cultivars here called 'Sirius' and 'Venus', they are without thorns. Still It should be noted that this fruit is much more close to quince than it is to citrus (chaenomeles japonica is called a "rose quince" here in Finland. Yes, the taste is often compared to citrus, because it pushes the same buttons in your mouth, but the actual taste isn't like lemon...it is like it's own and possible closer to quince. That being said I haven't tasted and actual quince, since nobody grows them here. BUT as I looked through recepies for quince jams, they very often said that you can use flowering quince exactly the same way as quince.
I collected some of the Sirius-cultivars, and took out the seeds. They sprouted after cold stratification easily, so they are viable from seed

.
-Janne
show more
2 years ago
trees
Northern maritime climate and fruit trees.
Thanks for the inputs!

We don't use the USDA hardiness zone here, but if the lowest temperature is the key nominator..then yes, zone 5 would be most appropriate. We also don't count our chilling hours, since just about every plant sure gets enough of them here. Growing degree hours we can get nowdays over 1700, but not every year. We really don't have bad droughts at summer, and winters are mostly wet with temperatures jumping between -23 and +5 Celsius.

I have many currants and their relatives, all traditionally grown here. Mut after the climate change has been happening, I'd like to try something "exotic" in here. Thus pawpaws, persimmons and nut trees. Mulberries seem to do okay, but for some reason nobody here sells anything but wild Morus alba/Morus alba var. tatarica.  I think I could and should at least try Illinois everbearing. Wild mulberries mature in early July here usually, so cultivars might be viable option.

Of course regarding pawpaws and persimmons, I should try to find as early ripeners as possible...right?

David Livingston wrote:Since there are about 2500 cultivars of " kaki " in China and Japan I figure that there may be one out there for Finland Japan seems to get mighty cold

Haha, I bet! I guess it still boils down to the Growing Degree Days..they must be early ripening, since nothing ripens here anymore in late october

. No light, no real warmth.
I wish I could read chinese/japanese, I bet they have tons of information about Diospyros kaki in their language :/ . 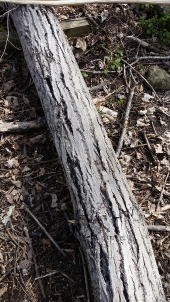 tree identification
Most likely some sort of walnut. The cones are premature catkins, and the leaf scar is quite unique, pointing to walnuts.
http://www.treetopics.com/juglans_cinerea/butternut_9404crop1-320.png

if there is a "mustache" on top of the leaf scar, then it points to Juglans cinerea , aka butternut.