Oysters are definitely less picky about temps and co2 levels so they are a very good first mushroom variety to grow.

If you can get enough cardboard spawn together you could make a bed outdoor and fill it with pasteurized straw or wood chips.

Pine is no good, neither are most conifers. Eucalyptus is probably no good do to is oil content, that might go for gums. Maybe certain acacia or wattles like black acacia would work OK. Generally hardwoods like aspen, oak, poplar cottonwood...broad leaf deciduous hardwoods are what you want for mushroom cultivation. I know the flora and fauna of Australia are pretty much the most unique in the world so its hard for me to offer any advice on stuff that might grow in your region due to my ignorance. I live in California and we do have Australian trees, 2 eucalyptus varieties that I know of and some acacia that have become invasive here. If you have acacia near you that is not resinous that might be your best bet.

Gopher control
Look around you to see what plants are generally unaffected by gophers. Go dig up that wild licorice you see so prevalent on the California landscape. Take the roots and soak them in ethonal, vodka works fine. Theres a nor cal distillery that produces organic rum, Humboldt distillery I think its called, you can use that. Soak the roots for about a week, then strain it. Do the same thing with cinamon bark. Take the resulting liquids and mix it 50/50 with organic evaporated cane juice. Ferment ginger, and garlic in sugar water, strain and combine with your alcohol extracts. Start adding no more than a tablespoon a gallon of water and water your garden with this. Spray your plants with it too. Watch what happens

show more
4 years ago
nibblers
Can I grow shitake from shop bought mushroom?
I've used shiitake, oyster and portabella bought from the store right here in California U.S.A. to generate cultures with success.

I've messed around with card board a little bit but I'm not sure what you're referring to, but the card board method works best with the mushroom stem butts.

As far as what I did it was just a traditional live tissue culture on agar using sterile technique. Its helpful when using store bought shrooms to first wipe the outside of the fruit with peroxide before cutting it open. When you make the incision and cut out a piece for the agar, dip the piece that you are going to use, dip it in peroxide before placing it on agar. Let the peroxide drip or dry off a bit before setting it on agar.

The portabella culture (which would have yielded the common white agaricus mushroom) did not fruit, because I used the spawn to colonize sterilized grain. Ports wont fruit on a sterilized substrate because they require the presence of actinomycetes which are found in compost and pete moss among other materials which I didnt use. Pasteurization is the only way to grow ports.

One shiitake that I tried to clone from a store did not grow at all because it was one of the strains bred so that they cant be cultured by another grower.

Once I grew oyster mycelium on cardboard, but it wasn't moving along fast enough for me, so I took a piece of cb that had mycelium growing and transferred that to agar. Once I'd generated spawn with that (via the agar wedges), I nocc'ed up some meadow type grass from an empty lot in a small northern cal town, that had been brushed with a weed eater. It contained wild oats and other common grasses, wild radish and brown leaves. Didn't yield well but it was fun.
show more
4 years ago
fungi 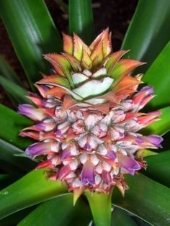 Growing bananas in four months?!
thanks for the link.
show more
4 years ago
plants

Growing bananas in four months?!
Im in california now and have often thought of trying to grow bananas. They are everywhere in so-cal but their fruits come out like large french fries, they dont fill out.

Using techniques, (natural farming methods) that I have learned I've often thought it would be worth trying to fruit papaya and bananas in california.

Oddly there was one place in Ventura county on the coast that had the perfect micro climate to grow the best bananas I ever had had until moving to Hawaii. There was a farm right off hwy 101 that grew apple bananas (my fav) and Philippine  pine apples. Theyve bulldozed it since then and planted Avos and more houses because there was not much of a market for Cali bananas at the time...shame...

Growing bananas in four months?!
Hi Jason. Looks like we posted simultaneously. Bananas are usually propagated by and from the corms. Corms are a ball like growth that grow off the root zone of an existing plant. Some of the corms will already have a plant starting from them when planted, but even just the corm ball can be planted. In Hawaii they call these keiki, which means baby, but the proper Hawaiian name for plant starts is pula pula, or something like that.

I figured that it was likely that they were starting from seed, but there are not really any good bananas that also produce seed which is why farmers and gardeners always propagate by live tissue such as the corm.

Whether its a cavandesh, williams, ice cream, or the popular apple banana, the fruit can be split down the middle and tiny brown dots can be seen. These are the seeds. If you have a store bought banana from the super market you should be able to make the same observation. I was always told when I was young that that little nub that no one likes to eat on the bottom end of the banana was the seed but this is incorrect. There's hundreds of unviable seeds from the top to the bottom in the core of the fruit.

Pineapples also produce seed but are not usually propagated that way. I have some pineapple seed that I collected from fruits but never propagated. They are uncommon. When the pineapple fruit  is young, its outer skin (the part that looks pine conish) will have small flowers poking out all over the skin. When the fruit is ripe the seeds can some times be found if you eat the fruit right up to where it starts to become fruit. The seeds are often times undeveloped and not likely viable. 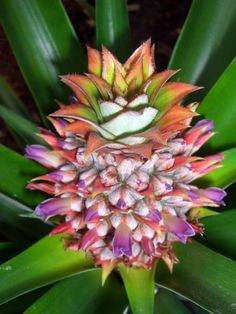 The earth is covered in vegetation that grows on and inbetween lava rocks and lava flows. When I got up to that place to live it took me 2 months just to figure out how to plant anything because a shovel wont break the ground there. I ended up using the back end of a hammer to pop rocks out of the ground. Once a hole was dug, it was empty and there was no soil to fill it back in.

Since then I've adopted a no-till method so I wouldn't likely have the same problems over there had I known then what I know now.

I did not mean to imply that I used sugar and micro-organisms as "ferilizer", so sorry if I got the wrong idea out there.

What I did was go into the woods, and find lush places where there might be an inch or two of organic matter on top of the lava, or on the lava flow where the pigs rooted up the ground covers where I would move the top layer of leaves or whatever aside with my hands and then with my fingers Id scrape out the decomposed organic matter. Id also find rotting wood that was nice and punky, then pulverize it with my hands  and put through a 1/4 inch mesh, I'd mix the stuff in a bucket and put it around the plants.

Both the pineapples and bananas I found did not require digging for planting, just set them in the cracked rocks and use sticks and mulch. The mulch was scraped off the ground, just whatever organic matter I could find.

Micro-organism themselves are natures fertilizers. The bio-mass itself contains NPK so when it dies it becomes reduced to that, but in order for that to work you have to use unamended and unfertilized soil, because fertilized soil wont support the natural order or way.

There are many bacteria that acquire airborne nitrogen but dont fix it to roots, they use it to replicate and form more bio-mass. These organisms wont survive or thrive in typical farms or gardens where the soil structures are altered, amended and fertilized. They live in forest types soils, or in any really  lush natural setting.

When these bacteria die and are eaten by soil bugs etc and come out in the excrement of soil bugs the N is absorbed by the roots of plants.

I was experimenting using all types of sugars. Coconut sugar, regular brown sugar, xylose, fructose, and glucose/dextrose. Id dissolve it in the water and water the plants with it knowing that sugar is natures currency. Plants can absorb the sugar through the stomata on their leaves and through there roots. Being a mushroom cultivator, and a culturer of bacterias and yeast I also knew that the sugar promotes  the growth and expansion of all micro-organisms.

I hope that is helpful and not confusing.

show more
4 years ago
plants
what is the difference between hay and straw
III. WHAT IS THE DIFFERENCE BETWEEN STRAW AND HAY?
Straw has more fiber and less nutrition than hay. Straw and hay can
actually be the harvested from the same plants (oat straw and oat hay for
example). The difference is how long the plant grows before it's
harvested. Hay is cut during the early stages of growth. The younger the
plant is when the hay is cut, typically the higher protein and nutrition
in the hay, when compared to the same plant. The best hays are usually
cut before the plant flowers. Straw, on the other hand, is allowed to
set seed and mature before cutting. This increases the amount of fiber
and decreases the amount of animal available nutrients in the plant.
Most grass/crop type plants die after they set seed, so all the nutrition
is transferred from the stems and leaves into the seeds. Straw is
typically a by-product of the grain industry. 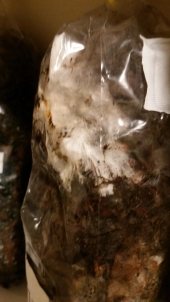 Growing bananas in four months?!
At the time I was living on the big island of Hawaii, south puna about 700ft elevatyion. Off grid. I was totally broke and trying to live without money.

I relied heavily on micro-organisms & sugar for everything I was growing . I had no water I used to literally scrape the water I could find off of watever would hold it and with the pineapples I would water right on the top of the plant because it became appearent to me that they are designed to catch a lot of moisture that way.

Lots of mulch and foliar feeding. It was a drought year. Id give anything to be in that situation again.